The ceasefire between American Airlines and GDS giant Sabre signals an “all quiet” moment on the front lines of the online travel wars we have been covering. The announcement that the two companies would attempt to resolve their differences out of court, at least until June 1st, calmed the churning business cauldron for online travel for some. But, there is so much subtle movement behind the scenes, most fear a huge conflagration is still ahead. But in truth, all eyes should be on Google.

Google Places - As you can see, not much left undone

Google Travel & ITA, American and other player’s initiatives toward so called “direct connect” customer acquisition and retention, Kevin P. Mitchell & the Business Travel Coalition, FairSearch – the multi-trillion dollar pie of online travel is seeing fingers come out of nowhere to be stuck in the middle of this travel pie. And for the waiting customers, one has to wonder if there will be any filling left once the deals cool? Excuse the metaphors here, but from one perspective the situation is comical.

Underneath all the jockeying and invented corporate dogma of these skirmishes, the dollar bill you spend getting to, staying at, or sightseeing about your destination is the real catalyst here. American and other airlines want more jet fuel money, Google wants to expand, Fairsearch (Sabre and the rest) wants to survive on Google’s Internet. Anyone who does not realize Google is already on top of making the world’s greatest travel suggestion and information system – is – well – blind. 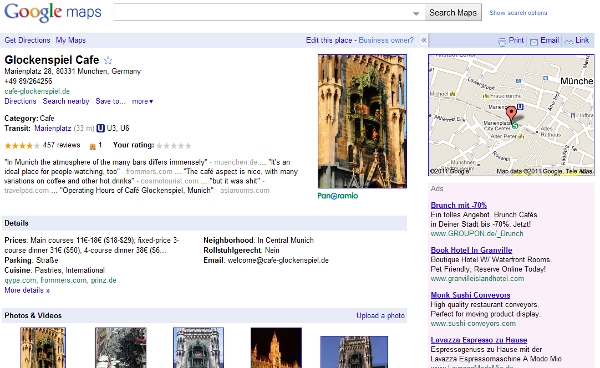 Google knows where I am, and suggests places for me to go

Kevin P. Mitchell’s coalition is about as close as we get to a true consumer advocacy player in all this. The major voices in this war are big players with vested interests, but the Business Travel Coalition at the least voices the concerns of a segment of the consumer community. At the core of their arguments? Access to ALL prices across the spectrum of travel – basically what FairSearch “claims” as the reason for the Justice Department nixing the ITA deal – only more credible.  The excerpt from a recent press release from the coalition sums up their stance:

“The managed travel community as well as consumer advocacy organizations around the world will support an airline ancillary-fee financial model along with strategies that enable airlines to offer traveler-authenticated, customized offerings, including through direct-connect systems. However, consumers, and those responsible for managed travel programs, will require no less than (1) complete access to fares and fees, (2) consumer control over the ability to efficiently comparison shop, and (3) the preservation of low-cost and efficient travel distribution system work-flow processes.”

No matter what happens in the Google ITA situation before the Justice Department, no matter how much gerrymandering Sabre, Expedia, Orbitz, Microsoft, and the rest of the herds of travel cattle engage in, no matter who else enters the online travel world wars, Google is the only real conduit for fair travel – or at least realistic travel supremacy. Why? Because at last count Google owns about 66 % of the search market.

Combined with the fact they just turned on a “SPAM” algorithm that could nullify dupe content (the stuff travel sites scrape instead of producing the good stuff) – there is nothing more significant. Google may soon be having lunch on Expedia and Microsoft’s tab.

Our own Tavis Hampton covered Google’s switching on the veritable SPAM filter at Everything PR News, but what most people don’t consider are Google’s TOS. Not too long ago I actually predicted (suggested) Google take this exact track (gee aren’t I Machiavellian?) about the time Microsoft showed their intentions. Below are a few of the  Google Webmaster Guidlines which many online travel sites may have already breached. 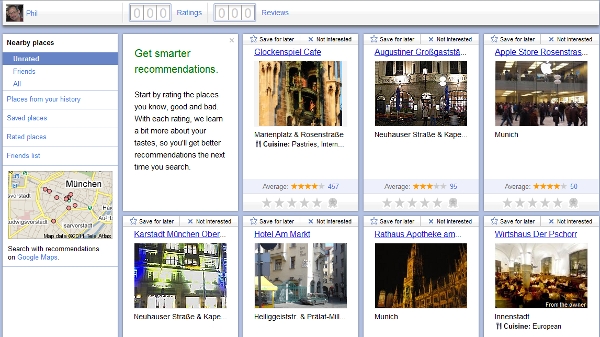 And as if pee peeing on Superman’s cape were not enough, the search behemoth has so much more they can do with search. If providing users with the best possible results, in a multitude of ways means anything – well, this is what Goggle has claimed as reasoning for the ITA deal all along. Based on  Sergey Brin’s in comment to TechCrunch that Google has, as of yet, only touched on 1 percent of the capability of search – we should have little doubt as to Google’s intentions. Make piles of money? Sure, but making it while improving their tools. The other OTA’s want to make theirs without improving anything.

Let’s end today’s infomercial on Google Travel with this note. Google Voice, Android, maps, Places (Below), and a world of other fine applications and platforms are not just out there for show you know? You should ask yourself, “what do all these point to?” There’s a lot of talk about Facebook being a “web within a web” – a sort of almost walled garden where peeps can do everything from search to play games. This is not  new concept – Yahoo! was all that for years. 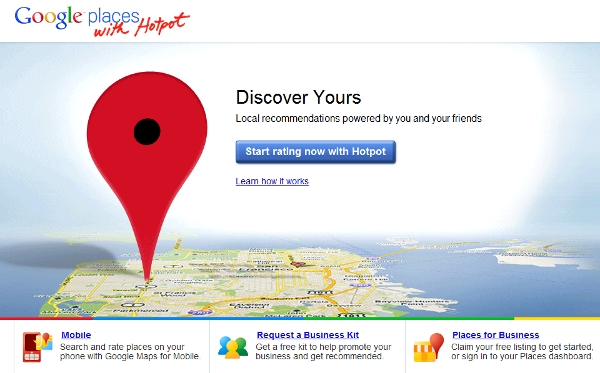 Google is, in a very real way, protecting their own interests in all these efforts, as much as any of the other online players – not many think of it this way though. If Facebook is the “all in one” – Google can only compete by being the “best one.” It all makes sense in this way.  Maybe the Justice Department should look at all this?

We leave you with a video from Google showing some of Google Places’ functionality. Scan that place with your Android for an instant add to your itinerary – next.