Price gouging and fixing online - it may be over Class action versus OTAs.

Price gouging and fixing online - it may be over

A federal lawsuit in California names the likes of Expedia, Orbitz, Booking.com, Travelocity, Trump International Hotels Management, Intercontinental, Kimpton, Sabre Holdings, Priceline, Marriott, Starwood, and Hilton alleges the companies conspired to fix hotel room prices. According to the news from Reuters, the suit claims the travel giants did so in an effort to fend off competition from smaller online retailers. 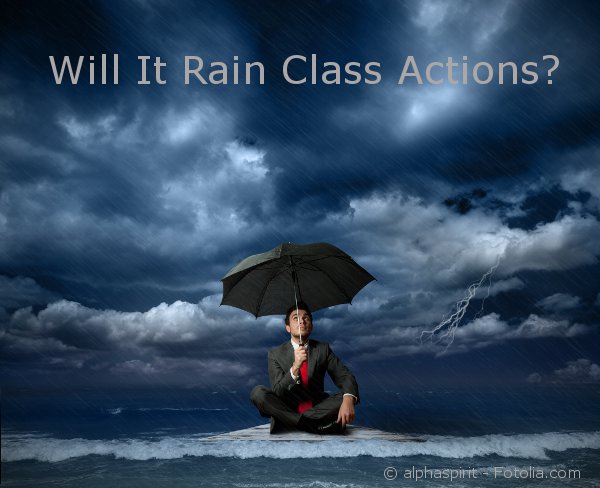 Price gouging and fixing online - it may be over

The suit, filed by plaintiffs Nikita Turik and Eric Balk, alleges that the companies named violated antitrust laws in essentially leveraging hotel owners to cease doing business with online companies that sell rooms below a certain standard. Rate parity, a term used to describe the standard by which hotels and third party sellers fix prices, may come into scrutiny now. Rate parity, for many industry experts, is simply a form of price fixing somewhat akin to what the oil cartels imposed. As the travel space competition heats up, more and more business coalitions form up, resembling for the world OPEC to even the casual observer.

The plaintiffs are reportedly seeking class action status for their suit which claims agreements drawn up between hotels and the defendants at various industry conferences and business meetings were aimed at driving out cheaper competition. The complaint also says hotel owners went along for the ride because they essentially had no choice. Most hotels depend heavily on online sales via the big OTAs and are essentially locked in economically. To dump the OTAs all of a sudden (or be dumped) would certainly doom many a hotel business.

The online market for hotel rooms in the US, the suit says, is about one half of the total market for rooms overall. The plaintiffs claim that if this so called pricing scheme did not exist, guests would end up paying even less for their hotel accommodations. Reuters also mentions regulators in Britain announcing breach of UK competition laws after investigations there.

Steve Berman, an attorney for the plaintiffs said; “Travel sites created the illusion that consumers could seek out the best deals. The reality is that these illegal price-parity agreements mean consumers see nothing but cosmetic differences and the same prices on every site.”

These issues first came to light when Google petitioned to acquire ITA software and a group dubbed the FairSearch Coalition formed up to combat Google’s gaining control of that proprietary software. The coalition claims Google is hording in on OTA territory, intent on monopolizing online travel, or at best leveraging Expedia and others into an inferior position. Whether or not Google intends to usurp the online travel giants, which it seems clear they may, the consumer seems at risk where rate parity agreements are concerned.

This lawsuit, which is interestingly very under-publicized, may well unseat many a tenant for online revenue generation. The plaintiffs claim that the big OTAs revenue streams were eroded by such newcomer OTAs as Skoosh.com, but it seems obvious that “no fee” or reduced price startups like Treovi, Global Hotel Exhange, even buuteeq will eventually unseat those of FairSearch anyway. Skoosh is quoted in the complaint as having said:

“We were openly discounting and hotels would emial, call and threaten legal action… Either we had to raise prices or take the hotels off our list.”

What seems most important here, outside the possibility that consumers and hoteliers may have lost billions to OTAs unnecessarily, is the precedent that could be set with this case. According to an analysis at ClassActionLawsuitsInTheNews the suit alleges violations of 15 USC section 1, violation of the Cartwright Act, California False Advertising Law,  and California Business and Professions Code sections 17200 and 17500. If the plaintiffs are successful in their suit resale price maintenance (RPM), rate parity of a type, will be gone forever. And, if enough plaintiffs join in the lawsuit, several OTAs just may be out of business.

The case complain  is Turik et al v. Expedia Inc et al, U.S. District Court, Northern District of California, No. 12-4365 and can be read here (PDF). We will keep you updated as we discover more.

Photo credit: Class actions by © alphaspirit – Fotolia.com and the author.

“Wheel the World” Hurdles Travel Barriers for Travelers Using Tech
Lend Me Your iPhone to Test the “Backdrop App” Game Changer
Game-changing AI-powered Travel Innovations
VR Travel Experiences that Shape the Future
Previous: How the VALK Foundation Is Fighting the Fear of Flying
Next: August Dance Festival 2012, A Lovely End of Summer in Tallinn