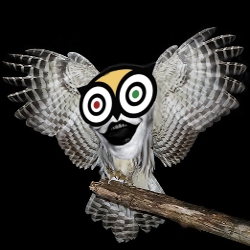 TripAdvisor, the leading online travel reviews site in the world, is now under investigation by the UK’s Advertising Standards Authority (ASA) over concerns reviews from travelers may be illegitimate. A formal investigation has reportedly been launched on the heels of complaints TripAdvisor’s reviews problems have reached monumental levels.

Some 45 million visitors rely on TripAdvisor each month for travel information, reliable reviews of venues for travelers, not to mention those businesses that rely upon TripAdvisor for what can be a veritable gold mine of bookings. For some time the website has been questioned as to the validity and origins of many of their 50 + million user reviews. Most agree there is too much room for tampering with the reviews by hotel and other business owners who might create false identities and pump up their own review stats. According to Kevin May over at Tnooz, this current investigation came about because of complaints by Kwikchex, a reputation management consultancy.

The allegations by many are that, hotels were paying “agents” to “boost” their reviews – and to make their competition look bad. The Christian Science Monitor goes so far as to say the “problem” with fake reviews and endorsements if even greater than TripAdvisor’s suggested 10 million fake endorsements, CSM says we are “awash in a sea” of fake reviews. The problem is not limited to hotel beds, and flies in the restaurant soup they say.

Any Place Reviews Are?

Books on Amazon, to the new Sony technologies, anything online that can be “raved” about, can effectively be “bought” – at least the reviews and “thumbs up” on anything can. We know from our marketing and PR business, people have asked us many times to “buy” this, or “adjust” that. Product reviews on blogs, Tweets, votes on 100 social media sites, anything that requires an email signup can be “weighted” just about any way anyone wants it weighted. This is the reality of most reviews one sees.

This is not to say there are not credible reviews out there. The “source’s” credibility being key. Like word of mouth gone viral, there are trusted sources, and less than trusted ones. New York Times writer David Streitfeld elaborates:

“In tens of millions of reviews on Web sites like Amazon.com, Citysearch, TripAdvisor and Yelp, new books are better than Tolstoy, restaurants are undiscovered gems and hotels surpass the Ritz…. an industry of fibbers and promoters has sprung up to buy and sell raves for a pittance.”

What these discoveries mean, what the allegations and the investigations are leading to, is that reviews on sites like ‘TripAdvisor, without some kind of viable safeguards – well, such reviews are worthless. In the case of TripAdvisor in particular, no reviews means no TripAdvisor. If the ASA finds against TripAdvisor – the “spun off” Expedia ad monster may be doomed. Detractors will say, Expedia and TripAdvisor had time to fix this.

News from the Wall Street Journal may suggest Expedia already started distancing themselves from TripAdvisor and the potential negative backlash. CFO Michael Adler will be leaving Expedia once the TripAdvisor “‘spin-off” is completed. For the reader who is behind the curve on fake reviews and the online credibility issue, concern has been ongoing since the FTC began looking into sponsored reviews of products. “Reviews you can trust” may have just set online travel back a few years. But, there’s a bigger problem.

Get Your Red Hot Fake Reviews!

It took me exactly 30 seconds on a site called Digital Point (Craigslist like forum) to find an offer to “bump up” even the latest and most cutting edge “ranking” entity G +. The “offer” below is for clicking on a site’s Google Plus aspect, thereby “supposedly” increasing said website’s SERP’s – “Increase your Google +1 votes now & improve Your SERP for cheep.”

“These votes are from unique IP address and are real human profiles. So your +1 will last forever. NO BOTS USED. It’s safe and permanent for your website. More Visitors will find your site easier and SERP will improvement on Google search. Google has lead us to believe that +1 votes will start AFFECTING Click through Rates (CTR) On Search Engines! Think about it…Which would you click? A site with 0 +1’s OR a site with 200 people that clicked the +1 button!”

This user goes on to suggest “order payment” requirements, procedures, payment in advance, and so on. So, as you can see, the implications are rather dire where trust on the web is concerned, even for the latest technologies. Interestingly, Google and Google + may well come out smelling like a rose on this. Cracking down on G + identities, Google profiles, would greatly enhance Google’s “share” on the review and credibility side of things. Based on our own information, G + and Google would seem to be on top of this already.

Another ad on just this one forum lists link building and other “gray hat” SEO tactics like a cafe menu. Another guarantees 75,000 REAL visitors for as low as $225 dollars – and this is what I found in 2 minutes. An in depth study would no doubt produce an Alice in Wonderland of fake or manipulative business dealings. It goes on, and on, and on – 10,000 REAL human visitors to your site for $7 (two days ago). The point is, even the New York Times, or the Today Show (video below) have not a real clue as to how far the “rabbit hole” of manipulation goes online.

We will continue with more once our authors and researchers have had time to gather more, but for now, watch the Today Show coverage below.

Visit msnbc.com for breaking news, world news, and news about the economy

Can Airbnb Continue to Expand as Before?
Campspot Publishes the Top Outdoor Travel Trends for 2023
Hopper Taps Into Hostaway Client Base in Lastest Strategy Move
AI-Powered Pathfndr Announces a Slew of New Features
Previous: September Travel Deals to Eastern Europe
Next: Why Baku Should Win the Bid for the 2020 Summer Olympics