Why the World Is Not Saying “Tripsay”

In a nutshell, Tripsay let's you zoom from "where" to "there" ending in stunning images Tripsay zoom element for venues.

In a nutshell, Tripsay let's you zoom from "where" to "there" ending in stunning images

We tested what I have to say is a fascinating travel tool today. Tripsay combines travel search with user-generated guides and ratings for what has to be the best map and geocentric focused travel tool out there. The social aspect of the service is interesting, but where destinations intersect with location and maps, this is where Tripsay shines. In all honesty, after testing over 5,000 tech startups, I cannot for the life of me figure out why Tripsay is not a household name. Let me explain.

By was of the short version of this story, look at the image below and imagine you just “zoomed” there – up close and personal – from a very refined suggestion engine/mapping interface. This is where Tripsay outclasses every other travel tool in existence. Now on to the particulars, but just imagine a perfected version of this kind of function – I call this “being there digitally.” 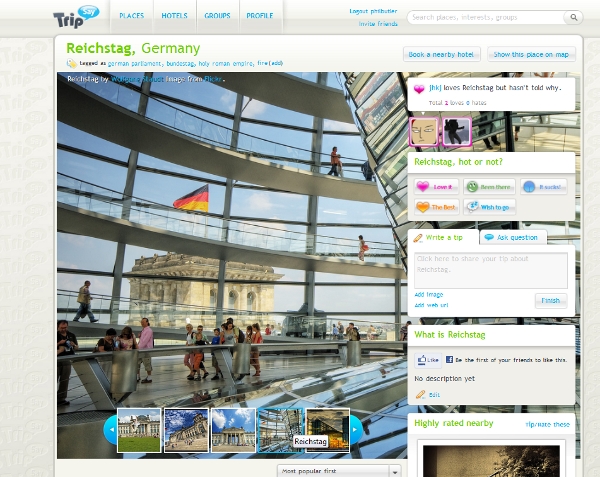 In a nutshell, Tripsay let's you zoom from "where" to "there" ending in stunning images

Tripsay is not only a recommendation engine, but a social graphing and geocentric tool as well. From the logo to their ultra refined Google mapping methodology, the service is functionally and aesthetically more pleasing than nearly all competitors in the space. In fact, I am not sure Tripsay actually has any true competitors – except where booking hotels is concerned. 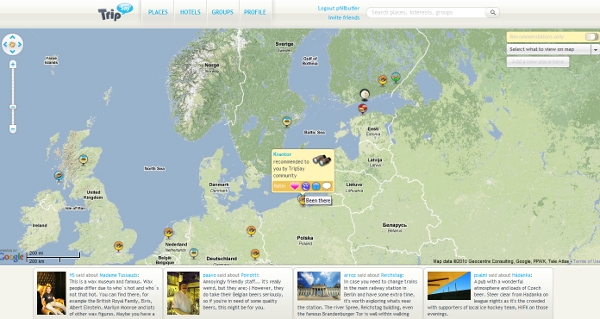 To get things rolling on Tripsay, simply enter a city or destination – from here the map is populated with place names, icons, and a suggestive matrix unlike any other interface you may have seen. Without overly applauding the system, just imagine being able to filter elements like; business, culture, families, food and drink, fun and leisure, hotels, sports, transportation and more – all represented on a superb Google map visual – an interactive one at that.

Tripsay’s hotel search engine is also a very refined tool compared to most. The service does a very nice job of being a social recommendation engine, over the top of a travel search one. Liking or Rt’ing is as expected, easy as a click too. Photos associated with map icons, reflect what I call “rich content” onto the user interface nicely too. Flickr integration here is something I know I have recommended to any number of clients – and something we are efforting for Argophilia ourselves. YouTube, Flickr, and Picasa are simply overlooked as storehouses (conduits) to superb UGC. 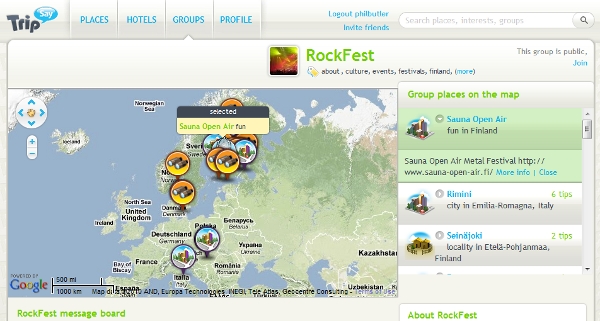 A mini-feed of places friends have recommended, top rated map instances, and interesting Flickr images round out some of the most noted features. And then there is Tripsay’s new mobile app – users can search and filter some 100 thousand hotels worldwide – the Tripsay application is available at the Nokia Ovi Store. And the reasoning behind the Nokia deal? Well, everyone has an iPhone app now don’t they?

I spoke with Tripsay’s CEO Juha Huttunen at length yesterday about the development of this tool. To be honest, my first question was logical from the standpoint of a tech writer and marketing consultant; “Why the heck is Tripsay still unknown?” The transparency with which Huttunen responded was both refreshing and honest. Tripsay’s funding was predominantly intended for technical development, marketing was never a huge segment of investor direction. 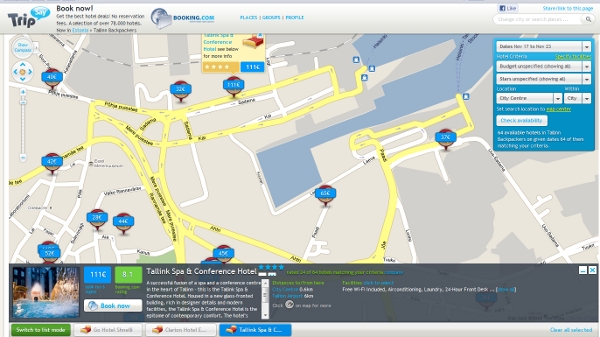 That being said, Huttunen and his team did a superb job all things considered – TechCrunch and many of the rest did report positively early on. Somehow though, momentum waned. Funny how one mediocre startup gets all the attention, while a really superb one somehow languishes amid a covey of lesser inventions? Tripsay met its corporate digital dogma:

“TripSay cuts through the clutter and offers only the type of targeted and matched information you’re looking for, which ensures a better research experience and more importantly, a more pleasant, action-packed trip. ripSay delivers quality over quantity and uses a unique recommendation engine to pro-actively match destinations, places, sights, content, and activities for you, leveraging your network of friends as well as those with similar tastes.”

So one has to ponder what’s next for such developments, right? Well, my conversation with Huttunen revealed that plan. Tripsay, as it turns out, is in a little bit of an unusual position. From the start, any European startup that is service oriented, suffers from European investors basically not believing in anything digital – except hard wired digital gadgets maybe. The point being, Tripsay was not created in Silicon Valley. And then, SEO wise, Tripsay has another disadvantage – it is not an original content rich (or better yet infused) development. As I told Huttunen (to which he agreed) – Tripsay is a superb tool more than a social platform. Ergo the startup’s next move. 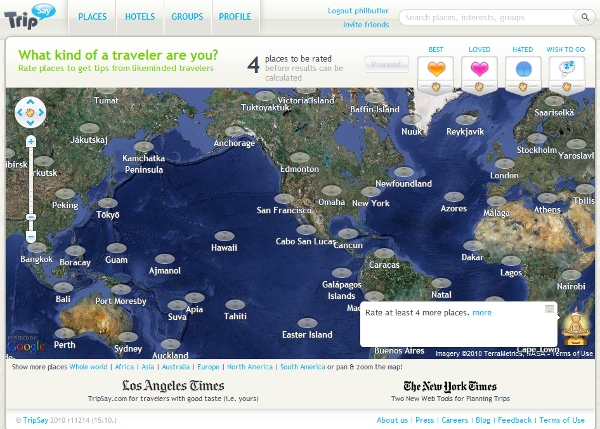 Unlike Dopplr and others of Tripsay’s competitors, it is ideally suited to be modularized and to have partners.  Again, I am pretty amazed one of the bigger players did not try to buy Tripsay outright some time ago – but I do not control economies either. So Tripsay is now on a quest to partner its innovation around the digital community – maybe something they should have done a year ago? But here we are, and Tripsay has developed a series of ready made embeddable web apps. their mobile apps, and an API for third party sites to bring social travel in within minutes.

I leave the reader with screens and some links to various aspects of Tripsay’s extraordinary development. Of course maps are not everyone’s cup of tea, be as you can see from some of these screens, Tripsay is also about intensely rich image media and other refinements too. Like any development, Tripsay has its drawbacks, but it is definitely a travel tool you will enjoy. Check it out, and if you are interested in using elements of the service on your site, contact CEO Juha Huttunen at juha AT tripsay Dot com.