A thing of beauty, instilling confidence in every travel agent no doubt Sabre's AgentStream is full of bugs even on the outside.

A thing of beauty, instilling confidence in every travel agent no doubt

In travel news from Germany, online travel giant Sabre Group has announced the launch of a social networking platform here in Germany. AgentStream is theoretically designed for travel agents in Germany to be able to engage the social web, at least this is what the over four thousand global participants at AgentStream hope. But aside the obvious PR push of this, is the platform really all that social? It looks more like a push to keep up with Travelport than anything.

Update One: I made an small error when telling of the association between Sabre, AgentStream, and Tnooz. This is the exact disclaimer from Tnooz regarding this: Full disclosure: Tnooz has a content partnership with Sabre Travel Network in which some Tnooz articles appear in AgentStream. 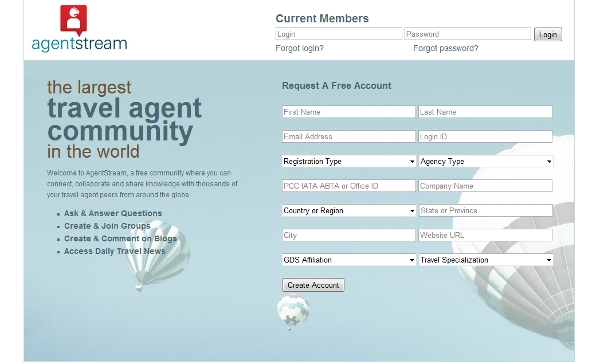 A thing of beauty, instilling confidence in every travel agent no doubt

According to Sabre’s partner in this social experiment, Tnooz, “Sabre wants travel agents in Germany to get a bit more social.” Well, I am not exactly a travel agent, but we are creating a travel experience of our own, and helping create one for one of the biggest travel startups in the world, Stay dot com. Already my BS antenna have been lifted as I try to sign up for this AgentStream platform only to find it’s an exclusive club – open to only affiliated “on the ground” travel types.

Oh, okay. So Sabre just wants agents to socialize with one another. So why all the fuss? An email campaign would suffice without waking up us social gurus. The site claims AgentStream is the largest travel agent community in the world. Okay, several things here guys. I mean from someone who has busted it testing startups for years – tens of thousands of them.

Sorry, but being able to AXE a question of other travel agents, from inside a closed social sphere? This is hardly cutting edge.  As you can see in the screen from Sabre herself, what we have here is a sort Twitter slash Facebook dash instant messenger? All this needs is a digg button to be cutting edge 5 years ago. 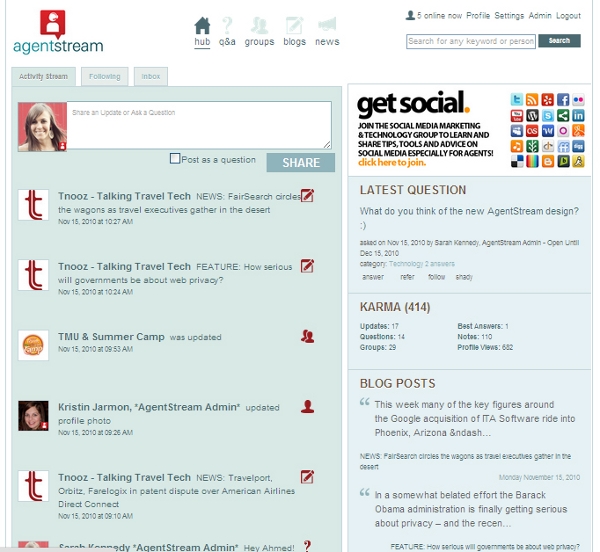 Okay, the nav looks okay, but I need to see the utility here

First off, your landing page is the most crucial element, in as far as conversions are concerned. Why? If I have to explain, you need to contact our offices for some paid help. I mention this because of one instantly onerous aspect of your site (so far), I discovered. Either A – you have dead links to key information any potential user might click on – or B – your site is not optimized for Opera (hint: under “Explore & Partners”). In either case, you just lost an opportunity. How big? You will never know. Nuff said there.

Next verse, same as the first. If Sabre wants to go all “social” on the world, better get some social peeps to explain things. If AgentStream is going to be any kind of a brand, you guys need some faces up there to at least suggest transparency. Okay, we know you are just trying to snatch more agents into the herd, but maybe some of them would like to know who the hell they will be dealing with. A social network should at least imply there are humanoids inside, even a walled garden like this one. And then there is the form fill. OMG, this had to come straight from Sabre Travel Network corporate headquarters, I can hear the rhetoric now:

Tom: Hey Bob, you ever get that social thingy working? Bob: Yes, but it is incomplete and full of bugs, the innovation is just not there yet. Tom: Oh hell, launch it any way, those German Internet users won’t even know the difference.”

Coinciding with ITB Berlin was a brilliant move on Sabre’s part. At least if you consider most German firms are about as web savvy as Fred Flintstone. I doubt many would even take note of the things I mention. But then there are people in the know who take such things seriously. If Germany and the rest of Europe (which is mostly connected via kite string leading to tin cans) are not offended, why should I be? Because Sabre has massive resources at their disposal – and this is just mediocre.

Even if they can pull the wool over the eyes of some Berlin insurance investors, doing things wrong is just wrong. 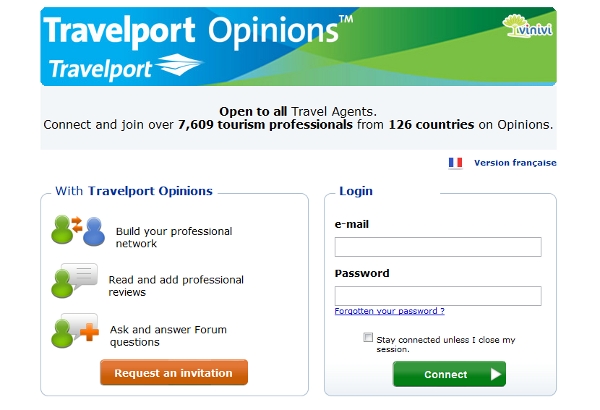 Are these guys kidding?

It cost more for the lawyers who wrote these terms than it did to create this website. If hollow hype from huge corporations does not make you mad, I will be mad for you. We, all  of us, operate most of the time on flimsy resources. We do the best we can, working hard to establish a name, or provide a product. Then some bozo in corporate America decides to slide yet another one past. This is a huge credibility problem, whether every soon to be defunct European travel agent sees it or not.

The only positive I can find for this release is the fact that Sabre’s competition, Travelport’s Opinions, is a blind agent signup with only slightly more personality. I actually just mailed them to “let me in” so I could show our readers inside. It looks like Travelport avoided educated ire by simply making a “blind” startup landing. I just hope their variant does not have the feel of Wylie Coyote’s ACME rocket.

Before I sign off this rant, I hope the Sabre team can answer just one question. “How can AgentStream be the largest community of travel agents when Travel Daily News reports Opinions as having more users?” Just wondering who is fudging the line here.

More when we look inside, but usually the outside cover says a great deal – and the pitch.  Enjoy the Sabre video below from AgentStream in 2010. Another hint, the corporate site has not even updated the user pic showcased for the profile. Not many would notice that tho.

Can Airbnb Continue to Expand as Before?
Hopper Taps Into Hostaway Client Base in Lastest Strategy Move
AI-Powered Pathfndr Announces a Slew of New Features
“Wheel the World” Hurdles Travel Barriers for Travelers Using Tech
Previous: Join Google and Women on the Bridge This Women’s Day
Next: Higher Airfares from American Airlines