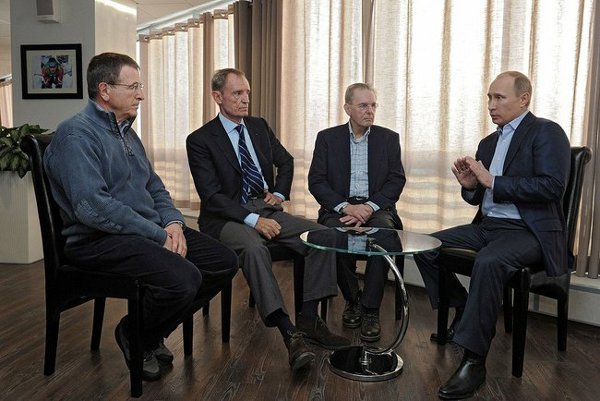 The report from goes on to speak of reasons why the Russian Federation does not get a deluge of visitors from West of Poland, visa bureaucracy, security, infrastructure and the quality of services are all listed as contributing factors. However, nowhere in the report can one find the fact the EU has stringently opposed a free visa situation with Russia. As for the quality of services and other reported discrepancies, to be honest one simply has to take this kind of reporting with a grain of salt, and here’s why. 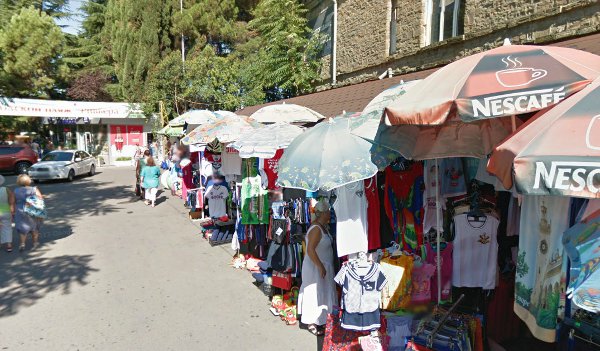 A Sochi Flea markets a stone's throw from the sea - published by Google this year.

We write news about Eastern Europe every-single-day-of-the week. In searching out stories to publish, it is necessary to scan the spectrum of events and news about this region worldwide. Aside finding worthy stories to tell, guess what else we find? An ongoing fear and smear campaign levied on the Russian people by western press, and particularly onto Russian Federation President Vladimir Putin. “Conspiracy”, I hear you say?

My little revelation here is no real news, since the end of WW II it has been the business of western and Russian press to spread propaganda. But I know the reader is asking; “So how does this effect me?” Let me explain a little.

Argo Travel is creating some technology in the background, a startup offering some information and expediency not otherwise present digitally. Without spilling the beans there, we have done a great deal of research into the places in Eastern Europe, and especially Russia. The direct contact we have had reflects in no minuscule way the picture of Russia most of you read in the western world. What Reed Travel Exhibitions and all other “analysis” groups tell you, is what every other British or American, even German newspaper echoes.

Russia, that place where Gulags await most visitors. Just saying “visa problems”, when Germany has stonewalled free visas, this is some form of heresy. Put mildly, what the average American thinks is Russia, never actually existed at all, as my partner put it in a post about Eurovision the other day, we simply “chose” to fear Russia, we choose every day to hear a story journalists “think” we expect to hear. 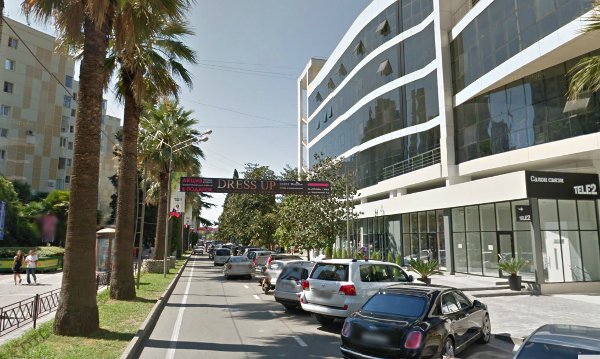 The Sochi commercial district via Google 2013

The images I have provided reveal a town the western press swears is some sort of detention camp for wayward construction workers, a place controlled by the Russian mob, where skyscrapers and dump trucks are rolling over the citizens that get in their way toward creating Sochi 2014, the Olympic town born out of nothing. WRONG. 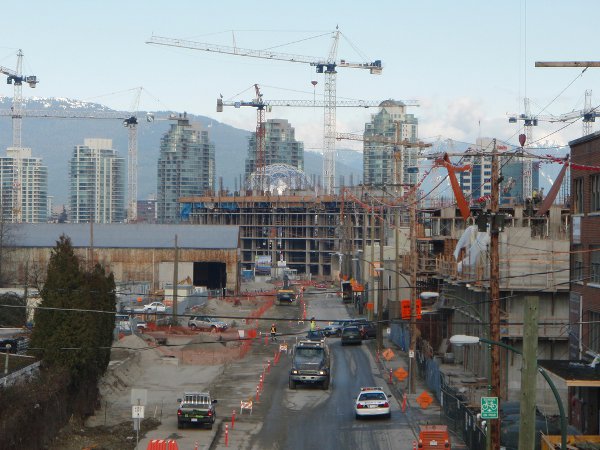 A forest of cranes over Vancouver - courtesy SkyscraperPage Forum

The images from Google Maps I have presented here tell a different tale, but  not one people in America or elsewhere might expect to hear. Sochi, Russia as a whole, is not some backwater communistic relic waiting Rambo to march in and save it all. Sorry, but I know you must hate being lied to. 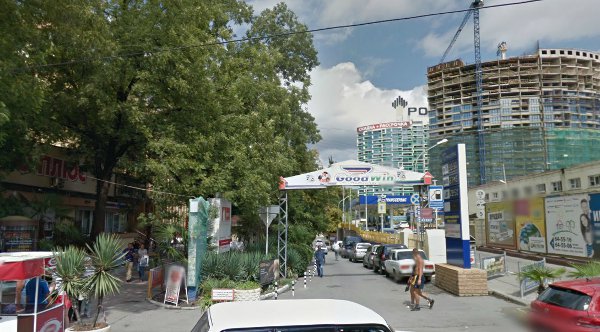 Imagine that, building stuff for the Olympics - look out for those bulldozers people

You feel it, don’t you? That nagging pain in your brain that begins as a whisper, then gets stronger and stronger; “I’ve been fed a load of BS!” You got it. While world travel experts busy themselves telling you mind boggling things like “Russians now have some money to spend”, an Internet expert scours the web every day discovering, guess what? Sochi was never the medieval communist gulag bunker the New York Times might have painted it as. Maybe Stalin vacationed here, but I doubt he wanted prisoners wailing every night outside his villa. Fear, when will we fear less? 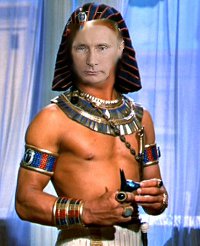 Is there a monumental construction effort underway over there in Russia? By all means. Adler, the southern part of Sochi, is one continual moving Olympic construction undertaking. The image below from Google shows what the site looked like late last year, probably in the Fall. But as my Mom use to say; “the devil is in the details.” What you are fed every day about Russia is essentially what either a publisher needs you to know based on their political agenda, or simply what some journalist “thinks” will make the best consumable story.

I mean, do you really want to hear about Vladimir Putin weeping at the grave of a fallen soldier? You’d expect to hear Putin has engaged in some top secret surprise attack on Cyprus with the Black Sea fleet – rather than carrying out well thought out and announced Black Sea operations in view of Sochi security. This story claims Putin’s surprise military actions have alarmed Black Sea neighbors. Meanwhile this official announcement means Putin’s security chief should be fired. The exercises were not intended as a show of force to America or any western nation, as if anyone at the CIA needs to be reminded of the Russian military.

The exercises were intended to show terrorist factions in the Caucasus retribution for any Sochi calamity would be swift, that’s all. Putin’s maneuvers here are nothing sneakier than a police cruiser doing a drive by in Hell’s Kitchen. What have you heard?

As further illustration of what I mean, people in Phoenix interested in Russia, Sochi, the Olympics, or Putin, they probably think the entire 25 mile beach front there on the Black Sea is nothing but dust and jackhammers too. This story talks about Sochi as if the pictures I have shown do not exist, and there are hundreds like this. I quote from the AP’s Nataliya Vasilyeva (yes, she sounds Russian, go figure – it’s the AP part that gets me):

“One year before Russia hosts its first Winter Olympics, this Black Sea resort is a vast construction site sprawling for nearly 40 kilometres (25 miles) along the coast and 50 kilometres (30 miles) up into the mountains.”

With descriptions like that, it’s no wonder we had a Cold War. Just as London was about to open the 2012 Games, the Wall Street Journal ferreted out some people in Sochi displaced by the biggest construction effort in the city’s history. I wish everyone reading this would read about Vancouver and Native Americans being displaced, or Beijing, or what’s going on in Rio. 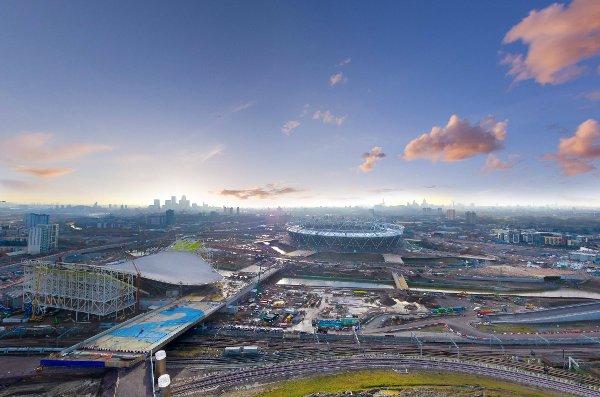 This is not Sochi - London construction courtesy Pixelcase

Forbes to the Washington Post and all in between, finding a good news story about Russia is like trying to find the proverbial “needle”, it is actually a sickening thing for anyone with a sense of fair play. The Russian mob to fueling nuclear missiles, if Putin were half the villain he is portrayed as, or even half the evil superhero, the West would be done for anyway. A ray of hope exists for the media though, apparently Devlin Barrett and Sean Gardiner over at the WSJ still report mafia truths, but then this story may have been what you wanted to hear too. As of 2011 America still had a bit of a La Cosa Nostra issue. Yet you hear little of Disney World mob bosses being whacked.

Finally, I know some reading this are asking; “why the big rant about misinformation?” This one is simple. I call Sochi pretty regularly in efforts at research there for another of our businesses, bottom line is – most of the citizens I speak with are not in the least held at gunpoint to tote bricks for Pharaoh Putin. And you know what else? The Russian mob takes lessons from the American branch. Oh,  and I bet you never heard of the Israeli Mafia, now did you? The reality of Russia tourism, like everything else concerning the world’s biggest country, is vastly misunderstood.

You just like hearing that somebody else has all the corruption, now don’t you my fellows? Let’s just lay it out on the line – everybody from Bloomberg to wants Russia to fall like a straw house – but why? I’ll tell you in another tale, for now being lied to on a massive scale should be enough for you to chew on.

The video below from Putin’s press office tells a lot of what is going on in Russia today. Please note, the smiling faces in the audience do not appear to be coerced by AK-47s trained on them.