Eric Schmidt may be even smarter than anyone thinks Eric Schmidt CEO of Google may be orchestrating the biggest deal of them all.

Eric Schmidt may be even smarter than anyone thinks

Just the other day I alluded to the possibility that the American Airlines war against online travel agents might be connected with Google’s ITA Software acquisition. For lack of a better name for such a theory, let’s just call it the Google counterinsurgency warfare theory. Expedia, Sabre, and the FairSearch armies go ballistic on Google, then American Airlines goes ballistic on Expedia, Orbitz, Sabre and who know’s who next? Is this patterned activity, or just random happenstance?

American Airlines deciding to dump Orbitz, about the time FairSearch opens its bombay doors over Google’s deal with ITA, and the ever escalating battle that has become so apparent now, what is this all about? An article day before yesterday by Doug Cameron of the Wall Street Journal illustrates a bit of how Google may be striking back at the FairSearch folks, covertly at least. Just after American struck a deal with ITA Software Inc. an senior American executive says the AA-ITA deal had not been affected by the pending Google acquisition of ITA. Now why would AA say that? 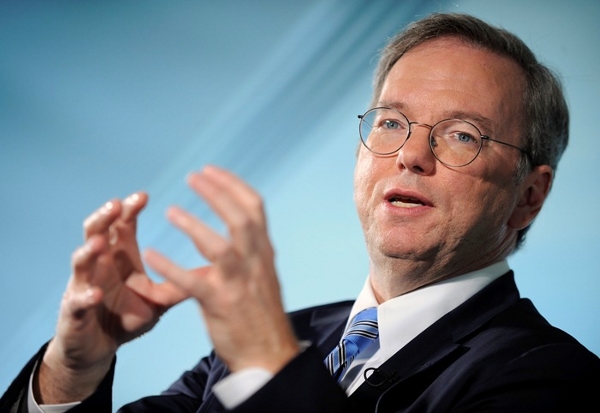 Eric Schmidt may be even smarter than anyone thinks

The gist of the AA/ITA deal expands American Airlines’ services across all the distribution channels – travel agents and third parties on and off-line. Of course Monte Ford, a senior vice president at American assured reporters American had been working on this deal long before Google announced their planned acquisition. But why would he say that? He further went on to suggest American would never have penned such a deal if their were uncertainty for the future of such a deal – now there is a telling moment if there ever were one. Reading between the lines that is. In other words their ties with Google are so strong that the impending ITA acquisition has little or no bearing on it? You read more into it using the counterinsurgency theory.

Of course what goes on in and out of AMR Corp’s (parent company of AA) and Google’s boardrooms is an exclusive playground. This theory of mine is only intelligent conjecture really. And in the end it matters little except for whose side one wants to be on in this online travel duel – and let’s be honest, everyone takes a side sooner or later. CEO of AMR, Gerard Arpey, is one of corporate America’s poster boy success stories – being a sort of super bean counter extraordinary at the helm AMR holdings (AA has never filed bankruptcy – the only one who hasn’t). Even with his notoriety though, putting Arpey and Eric Schmidt (Google) in the same room for instance, is a bit of a challenge. 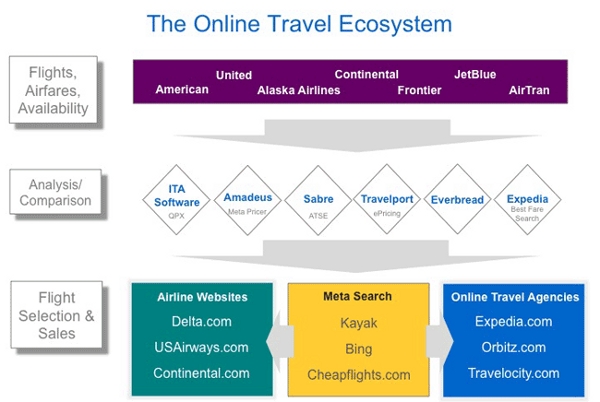 What ITA does - organize - courtesy PURSUITIST

Except for the cool game below where US Execs can be sat down next to their humble or huge bonus checks (you should try it),  “Google-ing” a connection is a bit of a challenge. Except for a Washington meeting over jobs, the only other quick connection between Google and American Airlines I could find was a statement from ARM President Tom Horton in a discussion of the ITA deal. Horton suggested AA and ITA had been in deep discussion since the Google-ITA announcement:

“We have had had considerable constructive dialogue with the company since the takeover announcement.” 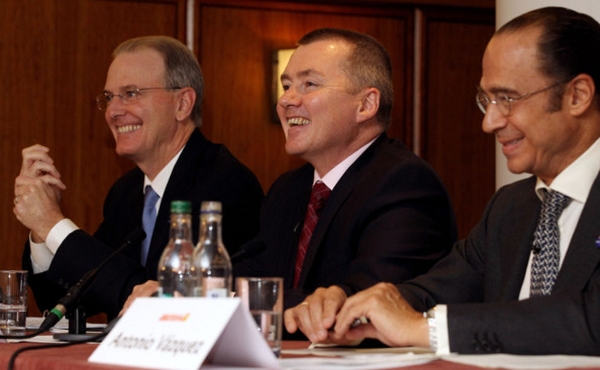 No doubt some more digging would turn up other connective tissues for my Google theories, but excuse me for taking high paid executives literally here. “Considerable constructive dialogue” for these movers and shakers means “we made arrangements” to this writer. If you’ve ever tried to talk to one of these guys, you will understand what I mean. As for other clues as to American Airlines’ going forward, this speech delivered by Tom Horton in Japan  last week speaks of another “anti-trust” situation wherein American won out in partnering with Japan Airlines. There’s something to be said for airplane lobbying I guess, lessons for Google perhaps?

Okay, so what? In the end what matters are those ticket prices, right? The consumer is the boss still. I wondered once FairSearch went “loud” why Google did not counter appropriately, maybe they did and we just didn’t know? If when all this is hashed out, I happened to be correct here, I just wish Google would have been more transparent – just so I would not have hammered AA so relentlessly.

As I said, we all chose sides sooner or late. Oh, and just to put more pieces in the puzzle, without building or buying a single OTA of its own, with ITA and American’s “Direct Connect,” Google would BE online travel. Just food for thought. More when it comes in. 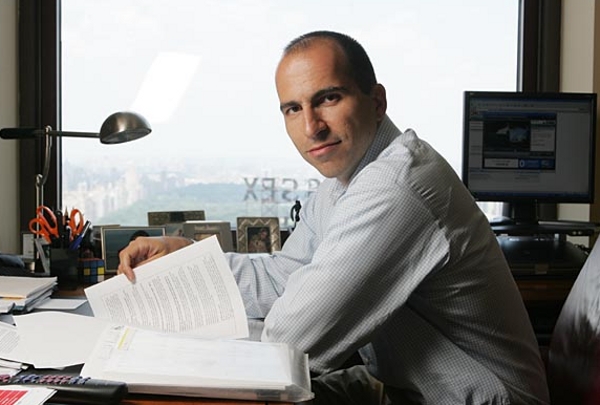