Share62
Share
Tweet
Archaeologists believe Europe’s oldest urban settlement has been discovered near the Bulgarian town of Provadia. Professor Vassil Nikolov heads a team that is excavating the so called Provadia – Solnitsata archaeological site, believed to date back as far as 4700 BCE. 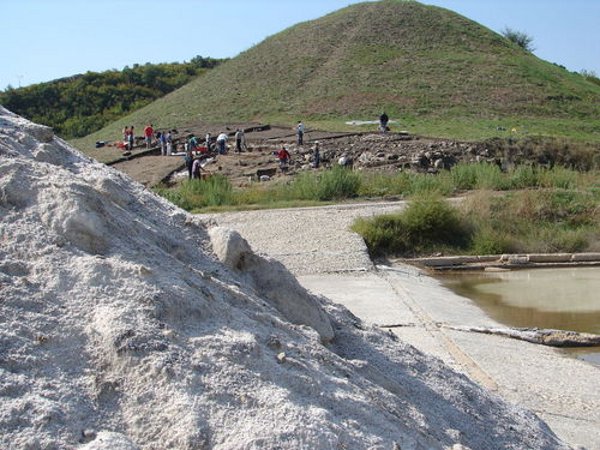 Situated not far from the Black Sea resort of Varna, Provaida – Solnitsata shows stone walls from a period in between 4700 to 4200 BCE. The two meter thick walls, some three meters high, may be the most massive fortifications indicated in Europe’s distant past. Two storey houses also quantify somewhat a small community of fairly well off inhabitants whose most likely economic pursuit was salt mining, an industry that was highly lucrative back when. The scientists say some 300 or more people lived at the settlement/fort back then.

Even to this day the area is an important salt mining center, but back then salt was actually a form of currency. Provadia –Solnitsatsa was actually the only area of Europe at this level of salt production, Nikolov having suggested the place may have been considered a sort of “mint” during the fifth century BCE.

Graves near the town suggest a citizenry that was not only rich, but in some ways unique for their burial rituals. According to the archaeologist, some corpses having been chopped in half and only the torso above the waist being buried. Other documentation that can be found here, shows some maps and even a paper on early salt production in the Balkans (PDF).

As is the case with most ancient sites, evidence of several fortifications built on the same spot is indicated here. However, subsequent fortifications in the mound remain largely unexcavated so far. An interesting tidbit here, if those who populated this settlement are the forebears of Thracians, those peoples actually shunned urban life in later times. Supposed allies of the Trojans in the time of the Llyiad, Thracians were fierce warriers. It somehow seems likely their ancestors would be the first in Europe to build fortifications.