TripAdvisor Acquires Where I’ve Been

Are TripAdvisor's reviews down the tube? A mashup of make believe hotel awards

TripAdvisor, the online world’s most popular travel website, has reportedly purchased Where I’ve Been, the once popular Facebook application. The map oriented platform allows users to display where they have visited or lived, and places they would like to visit. Once a “viral” application with something over a million monthly users, the app now sees only a fraction of that number. 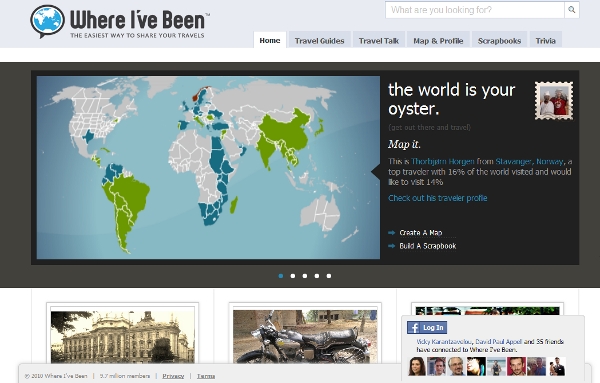 Where I've Been landing

The news from AOL also discusses TripAdvisor’s supposed spinoff from parent Expedia later on in the year. In that news, the world’s biggest travel entity would become its own fledgling business, and take a number of other brands under its proverbial wings. airfarewatchdog.com, bookingbuddy.com, everytrail.com, and now Where I’ve Been would come under the TA brand accordingly.

The terms of the Where I’ve Been deal were not fully disclosed,  but clearly TA wants to short cut some user utility and value with the purchase. However, the real value (outside visitor traffic aspects) from BookingBuddy, airfarewatchdog, everytrail, and even WIB, would seem short term – these tools are really just cloned booking and somewhat social tools – Google + or travel insertion, or any other player engaging better, will soon negate one or more of these. The announcement TA is taking them along for whatever ride the company is on, is really “no news” in my book.

Meanwhile,  TripAdvisor is under extreme scrutiny over supposed false reviews by hotels which damage the credibility of their online site’s biggest advantage, TripAdvisor reviews. Given the limited user value outside supposed “impartial” user reviews, TA has big problems if travelers lose faith in their core worth. The fact the TA will be separating from Expedia may also indicate Expedia leadership’s concern over the issue as well. 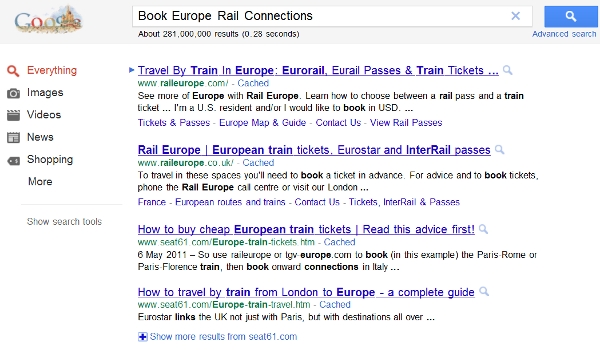 Adding more and more features and choices, when their advice aspect is so obviously flawed, is not what Expedia could have wanted for their biggest traffic influencer. Even the addition of rail connections as an alternative to flights recently, cannot outweigh the negative effects TA and Expedia will suffer if this “credibility” issue is not fully alleviated. Let’s face it, a simple Google search (even without them having added rail travel tools yet) is a short minute to the home site of any rail provider in the world. RailEurope provided me with a Balkans rail pass in seconds. For a family of four, the plane weary travelers can ride all over Bulgaria, Greece, Macedonia, Montenegro, Romania, Serbia, and Turkey for a week, for under $850. 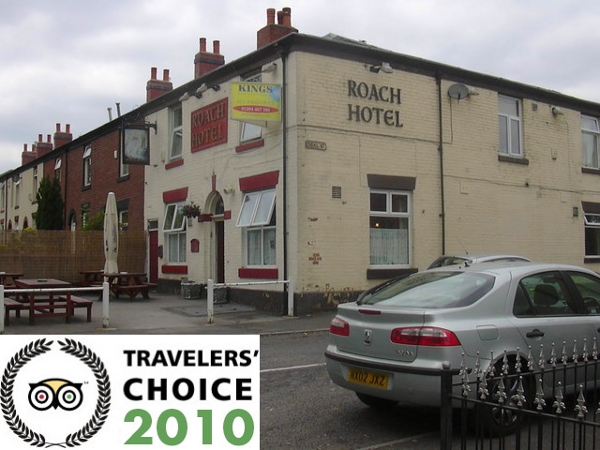 Are TripAdvisor's reviews down the tube? A mashup of make believe hotel awards

The long and short of this story is, without the added value and credibility OTA’s can provide (like ratings you can trust) what is the use? TripAdvisor should be buying more “team members” to ensure their reviews are substantiated, rather than adding the 70,000 users per month Where I’ve Been will garner them. If someone does a brisk investigation into bogus reviews now, TA could lose 70,000 users tomorrow. All this movement begs the question; “Is Expedia “spinning off” TripAdvisor, or casting them off?” More on credible ratings later in the week.