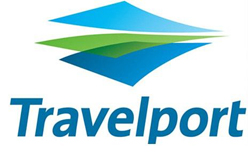 Amidst all the kerfuffle regarding the failed attempt by American Airlines to change the way that global distribution systems operate, one of the key players in the squabble, Travelport CEO Gordon Wilson, has predicted a much more harmonious relationship between airlines and GDS companies in the future.

In a recent interview with Travel Technology Update at the Fort Lauderdale PhoCusWright conference, Wilson revealed that GDS companies are once again engaging with airlines in dialogue, and that there are many mutually beneficial plans in the offing.

Airlines and GDS companies have moved on from fighting over fees (a row that seems to have been settled at long last), and are now exploring ways in which they can work together to push more products and services out to consumers.

Wilson explained that while American Airlines have hogged the headlines for their long, drawn out battle to redesign the distribution system, they are actually the exception rather than the rule. Relationships between GDS and airlines have steadily improved – and are continuing to improve – even though some airlines remain resentful of the fees they have to pay to make use of distribution systems such as Traveport’s.

The general feeling among airlines is that ultimately, GDS companies are here to stay, and over time they are going to prove their worth. With new technology such as the Travelport Universal Desktop rolling out soon, airlines appreciate that they will be able to better engage with consumers and offer more unique, tailor made products to fulfill a growing need, explained Wilson.

Wilson also predicted that American Airlines will get in on the act as well, despite their differences of opinion. He was full of praise for AA’s decision to commission ITA software that will be able to pair the availability of tailor made products with customer data, something he says will be an essential requirement for airlines when they begin to really market these kinds of products.

And of course, who else but Travelport is so perfectly placed to get those products out there?