Stay Where You Surf! Surfbreakrentals.com

Surf’s Up. News from Northern California tells of surfers there launching a beach vacation rental site, Surfbreakrentals.com, by the company of the same name. The new travel website, with obvious intentions, offers some of the world’s best breaks and beaches at deals to users. 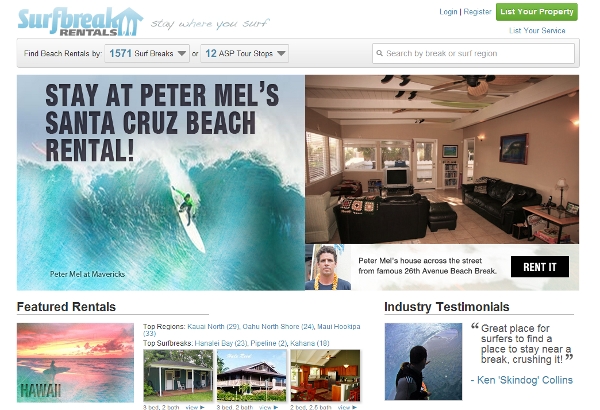 The landing of Surf Break - click the image to visit

In further news from the surfer dudes launching the site, world renown pro surfer Timmy Reyes will serve as the global ambassador for the launch. Based on some 1500 surf breaks around the world, surfbreakrentals.com is the first such site enabling users to search accommodations at specific beaches and breaks worldwide. As niche travel products and OTAs go, this is one with a lot of potential, actually.

For one point of differentiation, Surf Breaks offers tools and listings for navigating to lesser known surf paradises like Nicaragua and more. And, the site is not just for surfing pro’s either. The listings are as user friendly for beach and Summer vacation enthusiasts as for today’s Greg Noll look a likes. While surfers have always had a knack for finding the coolest beaches and breaks around, the casual beach going enthusiast might have missed some of the most fantastic places on Earth. For an example of the famous, and not so famous, places we are talking about here, check out Chuns Beachfront, right on top of the break at Waimea Bay. 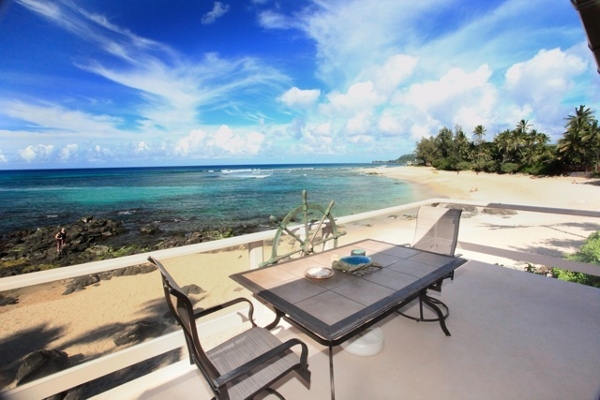 The site offers listings including; listings for homes, condos, B&Bs, surf camps, hostels and hotels, therefore users of an eclectic mix can have the broadest possible choices in place, style, and economy as well. For a new site, Surfbreakrentals.com, seems fairly complete where choice is concerned. Take if from a beta site tester, this website is on the crest of the wave, really. Images, location, even the testimonials reflect the bond between surfer dudes. I love it.

On the down side, some of the images and venue aspects, even a few navigation “quirks” need to be addressed. Whether or not the site developers have had to depend on old images or not, seems unclear though. The user interface is pretty flawless, but navigation elements designed in default for larger databases (breaks offerings) tend to look empty when there are no listings. This is confusing and should be filtered or modified out. The only other negative I find, is the video below. You can also check out Surf Breaks’ Facebook profile here, along with their original press release via PRWeb.

Other than some small negatives though, vacationers who love to surf, or who just want to hang out at breaks, will do well to visit this site. I leave the reader with the absolute worst acting job ever captured on YouTube. Pro surfer Tim Reyes does his bit for this startup. All I can say is; “Thank the lord Tim can surf the daylights out in competition, he has zero chance of an acting career.”