Ready or Not -Travel Republic Acquired 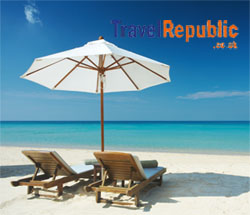 In online travel news, Travel Republic has been bought by a subsidiary of Emirates Airlines. The deal finalized December 29 was first reported on Reuters telling of Dnata World Travel’s acquisition for an undisclosed sum.

According to the reports, all of Travel Republic’s shares were transferred to the Dubai group. Speculation these last few months about a potential sale have circulating suggesting several options by which the company could grow. One such rumor pitted Tui Travel and Thomas Cook against one another in a sort of bidding war, but apparently the valid interests were farther afield.

Travel Republic has been one of the UK’s top travel agency on the back of travel packaging and budget airfares. As for being the UK’s leading travel portal, this all depends on how one measures leaders. Travel Republic actually lags behind many other online travel agencies (OTAs) where traffic and other metrics are concerned. The Alexa graph above shows TripAdvisor UK, Expedia UK, Opodo, and even Travelzoo with more traction than Travel Republic.

Travel Republic, under must closer scrutiny, does not handle many of their channels as well as they could. Facebook, for instance, is not exactly a “best practices” SM gem. With 60 some thousand followers, this channel could be utilized much better. Twitter and g+ are all but forgotten at Travel Republic, something the new owners might need to take note of. In case Travel Republic’s SEO and SEM team are behind the times, Google + integration is a surefire necessity for 2012. 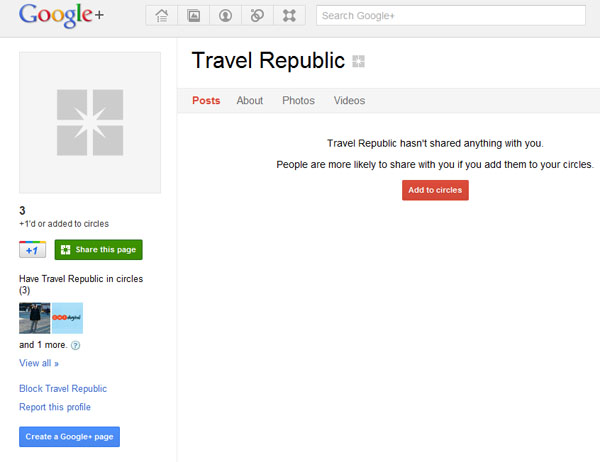 Is this Travel Republic's Google +

The news that Travel Republic may move forward should be followed by a ramp of of these suggested features. Even Opodo Italy has a better footprint in SM. Tnooz reported on this deal today as well. It will be interesting to see what new initiatives this acquisition propels, if any. For us here at Argo, companies that make their way in the digital world need a killer online presence.

We leave you with a look at Travel Republic’s first TV advert supposedly. If you venture forth to see there are only 12,000 views in a year online, protract this and our other suggestions onto the brand. TV is decidedly NOT where Travel Republic does its primary business. Think about this Dnata World Travel – just a helpful hint.