This February, while everyone else is cozying up in front of the fire with their hats and gloves on, thousands of families will be braving the icy chills to descend on the city of Pärnu, Estonia, for a winter spectacular quite unlike any other in Europe.

Visitors are encouraged to get their skates on and join in with all manner of ice-cool events at the Pärnu Ice Festival 2012. The action-packed ten-day event features numerous cool activities – it’s got ice and snow in abundance, theater, arts and crafts, hikes, sporting events, sleigh rides and snow picnics – everything that one could hope to do this winter can be done right here. The Parnu Ice Festival runs from February 17 to February 26 and is set to be one of the “hottest” dates on the calendar in Europe this winter. 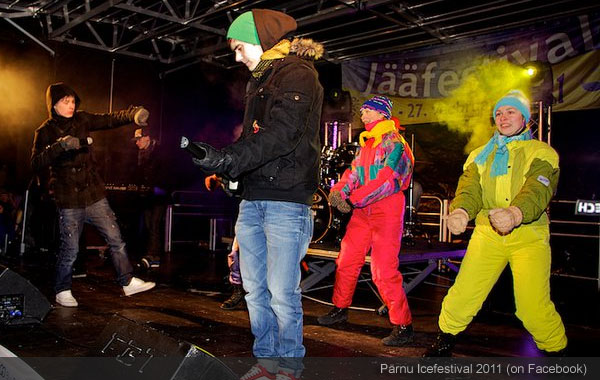 Organized by local tour companies, organizations, schools and artists, this year’s spectacular promises to build on the astonishing success of 2011’s inaugural Ice Festival, with new surprises including an ice castle and a winter park built in the city’s downtown area. The fully-lit ice castle will be the main event for dozens of stage performances and musical acts, while offering visitors the chance to study ice and enjoy cool refreshments at the ice bar. On the other hand, those seeking wintery sports action will want to check out the winter park, which will provide opportunities for skating, skiing, sleigh rides, ice hockey and more.

The week-long ice festival program promises to be an action-packed one, with no end of excitement in store. Day one of the festival sees a grand opening ice and fire show featuring skaters, dancers and tricksters putting on an awesome performance, while Estonia’s ice-fishing champions will battle it out to be number one in the country. 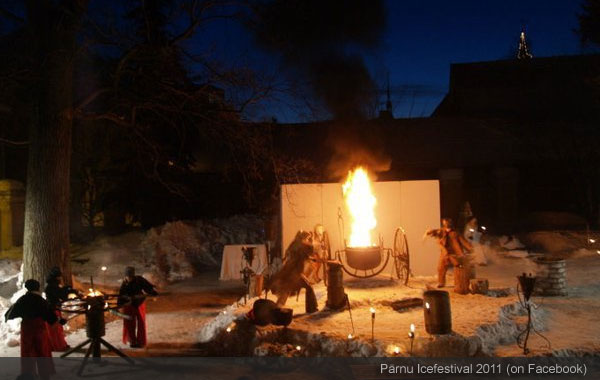 Other highlights to look forward to include the Ice Science Day on February 20, hosted by a number of scientists to help us understand all the secrets and peculiarities that we never knew about ice, while February 21 – Shrove Tuesday – sees hundreds of locals head to the nearby slopes of Vallikaaru to frolic in the snow.

The festival is also marked by the Estonian Independence Day on February 24, and Parnu is set to celebrate in style with a huge outdoor concert with performances from the national symphonic orchestra and a star-studded line-up of famous local freedom singers.