Hot on the heels of those sightings of Daniel Craig, AKA James Bond, in the glamorous surroundings of Bognor Regis, the national tourist board, VisitEngland, has booked four top actors appear in a nationwide advertising campaign.

‘Holidays at Home are Great’ will be the largest ever domestic tourism campaign in the UK and they have already recruited Julie Walters, Rupert Grint, Stephen Fry and Michelle Dockery to face the project.

The adverts are due to be aired from the 8th March and the actors will take part in the promotion, which will span the whole of England.Filming is being coordinated by M&CSAATCHI, VisitEngland’s advertising agency and will include footage of several iconic locations across the country.

After paying £100,000 for the opportunity, which was match funded by VisitEngland, the areas of the country to be involved with the campaign include; Blackpool, Skegness, Birmingham, Yorkshire and Merseyside. They will be showcased in a series of additional 10 second adverts, which will be shot on location and run alongside the main TV advert. 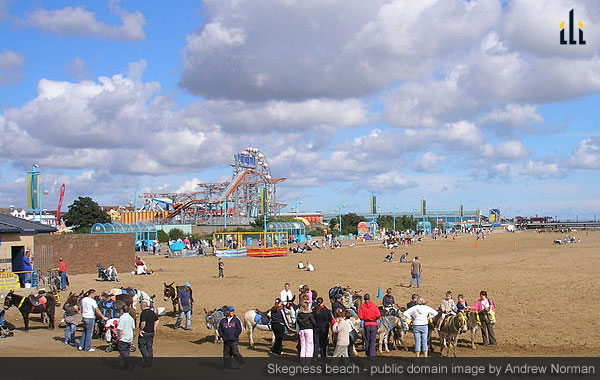 The East Lindsey District Council’s Portfolio Holder for the Economy, Coun Craig Leyland, said that it was extremely important that VisitEngland secured the participation of a group of well-known celebrities. They will help ensure that the campaign has the impact required. He also said that, in an Olympic Year, the world’s focus will be on England, which presents an excellent opportunity to promote all areas of the country and boost the economy.

‘Holidays at Home are Great’ is led by VisitEngland and supported by the other Home Nation tourist boards of Wales, Scotland, Northern Ireland and London. It will make the most of the main events taking place this year, including the London 2012 Olympic and Paralympic Games, its Torch Relay, the Cultural Festival and the Queen’s Diamond Jubilee, as well as showcasing the rest of the country.

The Secretary of State, Jeremy Hunt, said that we could expect this to be an extremely exciting year for the UK, when we are recognised as one of the very best places in the world to take a holiday. He was delighted with the choice of actors and believed they were excellently positioned in the push for more English citizens to take a break, without going abroad.

The advertisements will create England’s highest profile campaign to boost domestic tourism. To further seal the deal, the ads will also point viewers to a website, where thousands of special deals will be offered, worth at least 20.12 percent off.

Guest article via Petia from hotelshopUK, specialists in Hotels and Short Breaks across the UK.