Romania is an idyllic country filled with traditions and customs and the beginning of spring is marked by many charming festivities. When all the nature comes to life after the challenging winter’s months, Romania becomes a delight for both locals and tourists.

I will share these spring traditions in order to reveal a piece of my beautiful country- its spiritual side, in order to help you capture a bit of its soul. 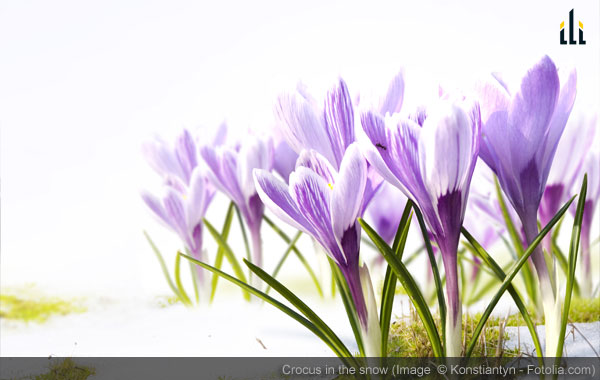 Celebrated on 1 March, when the entire world rejoices the beginning of spring, “Martisor” is a beautiful Romanian custom consisting in a little gift called “martisor” offered by any man to all the women in his life. The approximate English translation for Martisor could be trinket but in the Romanian language it’s actually a diminutive of Martie- a little March.

In ancient times “Martisor” was a lucky charm made by two strings- a white and a red one, worn by women and children in order to be protected, healthy and strong for the year to come. Later on, at the two twisted threads of wool was attached a coin and then people have begun to be even more creative and have started to transform it in little pieces of art.

Nowadays, like any other celebration which embroils a commercial connotation, “Martisor” has developed into a business for many trying to provide and sell more and more stuff but this is not actually a bad thing as long as the meaning is still the same, the supply is even larger and the range more varied. By offering a “martisor” to a woman, a man shows its gratitude, appreciation, friendship and love for that particular lady. 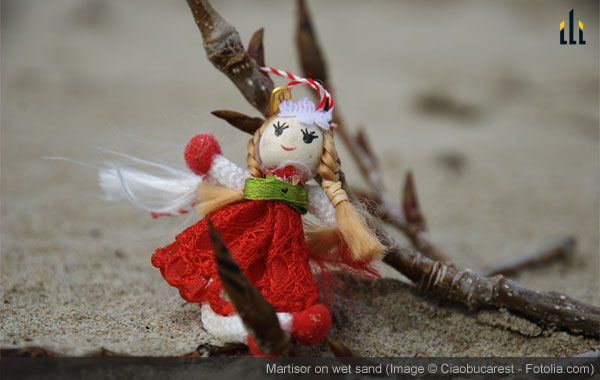 The “Martisor” is usually worn by every Romanian woman for 9 to 12 days and then, its red-white strings are tied in the branches of a tree. The legend says that if the tree blossoms, the person who has knotted it there will have a wonderful year.

The first 9 days of spring are called “Babe” and they are very important for Romanians. There is a tradition in our country, besides many others, which persuades every single person to pick a day and if that day will be beautiful and sunny and so will be the entire year for the person who chose it.

“Babe” or the articulated noun “Babele” means “old ladies” in Romanian and it has derived from an agricultural tradition used by people to predict how the year is going to turn out. In the rural sides of the country “Babele” has the same meaning today as it had once, still being an essential part in peasants’ life.

The legend has it that the first day of March is the day of the old lady Dochia, an ancient agrarian divinity who climbed the mountains with her son (Dragobete) wearing 9 coats. In the first day, it started to rain and she took off one coat, the second day she did the same thing as the rain didn’t stop and so she continued by taking off all of her coats and ending tragically- freezing in the top of the mountain. 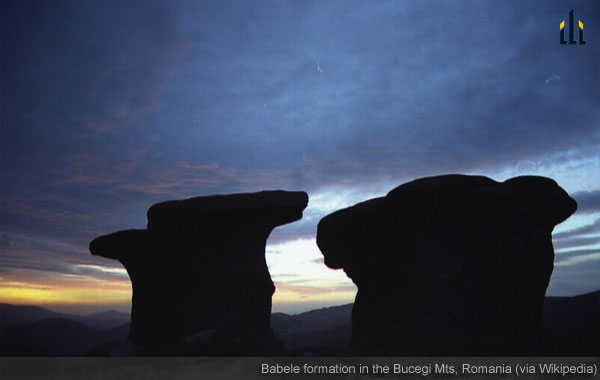 It is assumed that the story has happened in Bucegi Mountains, in the heart of Romania and as peculiar as it sounds, the unusual rocks figurines formed on the top of Bucegi Mountains (at 2200m altitude) embodying the old ladies, are strangely connected to this legend.

9 March represents the day of the 40 saints called “Mucenici” (martyrs) or “mosi”- old men. The “40 Mucenici” or “44 Mucenici”- in some areas of the country, is celebrated by almost all Romanians. Women are baking human shape cakes for the entire family while a few are taking to the church and given to the poor.
In Mehedinti and Gorj districts, they make a cake by wheat meal and they put a golden coin in it. The cake is then cut in equal slices, one for each member of the family. The one who finds the coin will be the luckiest one.

On 9 March people, especially men, should drink 40 (44) glasses of wine and during the year, the wine will turn into blood and power.

“Mucenici” is a traditional holiday with religious connotations, representing, in the Orthodox calendar, the 40 saints from Sevastia city who have been burned alive. There are also various legends behind this holiday, each of them representing different areas of the country but, in the end Romanians like to celebrate and, considering the high number of full glasses involved and the fact that men also consider 9 March as being Men’s Day, you can easily realize that “Mucenicii” will become a hell of a party until midnight.

Miruna Corneanu: I am a freelance writer living in Romania.I love to travel and to write about my experiences but I also enjoy sharing my perspective about places, people and traditions that I haven’t experienced myself but I’ve madly felt in love with. My purpose is to explore, to learn, to expand my horizons through travel and to promote in my own way, the beauties of my planet.