In a bit of nostalgia news from Germany, the Baltic Sea resort monstrosity, the Colossus of Prora, is slated to become a luxury German resort of some proportions soon. One of Nazi dictator Adolf Hitler’s projects for the Thousand Year Reich, Prora was built in the 1930’s as a Nazi resort complex by the sea, but never actually used as such. This extensive complex may soon be the luxury destination of the Baltic. 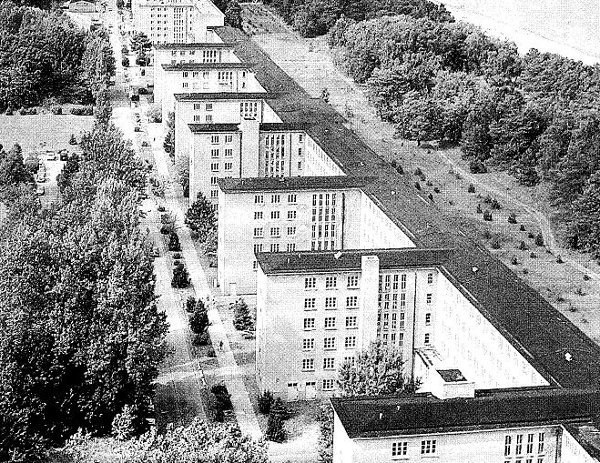 Located on the German island of Ruegen in the Baltic Sea, Prora will soon boast 400 luxury apartments and as many beds. According to the news block one of the massive resort complex was sold at auction for $3.5 million. Originally planned for accommodating more than 20,000 Nazis on vacation, the facility never saw its slated use. Interestingly, at the time part of the Nazi party doctrine was that every worker deserved a vacation at the beach, and so Prora came into being. WW II, obviously focused priorities in other directions, but the massive complex still provokes some awe.

Now, like Hitler’s Eagle’s Nest in Bavaria, and others of his secret bunkers and holdups, Prora bears not only a bit of mystique, but renewed popularity with some. What was the brainstorm of Nazi labor front leader Dr. Robert Ley, may well become the latest fad for Baltic Sea vacationers. As for the site, it remains to be seen how the once formidable layout will be transformed. 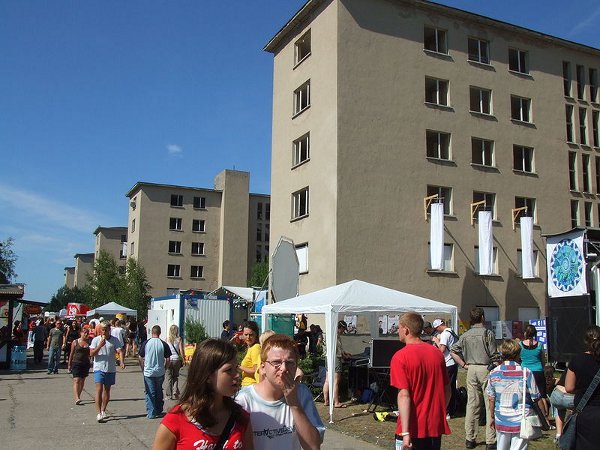 In Ley’s vision for the vacation camp, each floor had a separate ballroom, while individual rooms offered more Spartan amenities. With all rooms to face the sea, each was supposed to offer two beds, an armoiore, and a sink. Communal bathrooms and other amenities rounded out Ley’s plans. Hitler, on the other hand, had much more fantastic views on the subject of Prora. He wanted a resort of monumental proportions, and the capability for the spot to be transformed into a military hospital in case of war. War’s end saw no further improvements to the bold vision and Soviet occupation transformed the site into a secret installation. 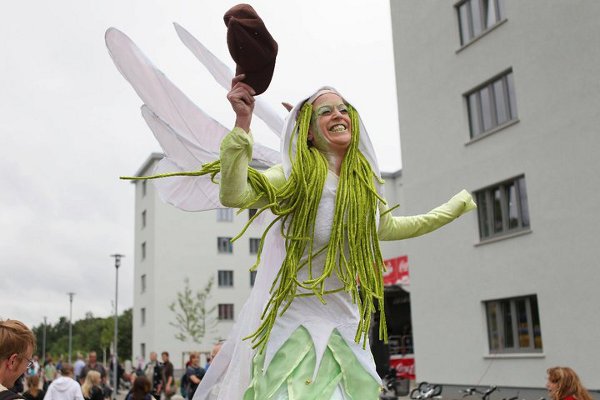 During the war, construction workers at Prora were transferred to work on the now notorious V-Weapons plant at Peenemünde. Fast forward to 2008, new plans for a massive resort at Prora were approved. In the end, at least one of the blocks of the complex was transformed into a highly successful youth hostel. Amid skepticism, architects of these plans moved forward. The image above shows youths wandering about the site on a clear day recently. 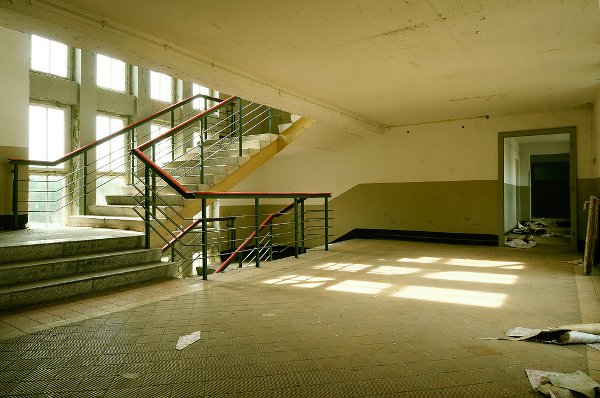 News today speaks of further development of what is considered a prime example of Third Reich architecture. In the images provided it is easy for the reader to grasp the stark style of design this and other buildings of the era in Germany possessed. A bit cold, somewhat clinical for many, the designs still possess a kind of stoic beauty, a taste of those times perhaps. The example above from Björn Sahlberg via Flickr is particularly striking. One can almost visualize this stairway being traversed by notables of the time.

And for those of you doubting a project to transform somewhat dubious places, the link here will take you to the aforementioned youth hostel,  Jugendherberge Prora, where it’s clear some paint and ideas can transform just about anything. Check out the Prora Facebook site for some cool pics too. The reasoning for choosing this spot for a resort in the first place, become clearer too. It will be very interesting to see the final result of construction aimed and seeing Prora become the resort it was intended to be. Or at least, a true resort for the Germany of now. 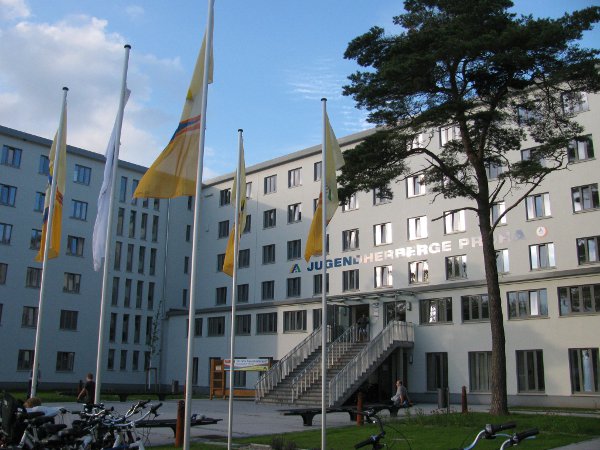