It’s hard to put into words a tradition that brings so much joy to so many people. It’s hard to explain how Thailand celebrates this astrological passage without actually being there, feeling the scented water against your skin, hearing the laughter, the songs, the prayers… 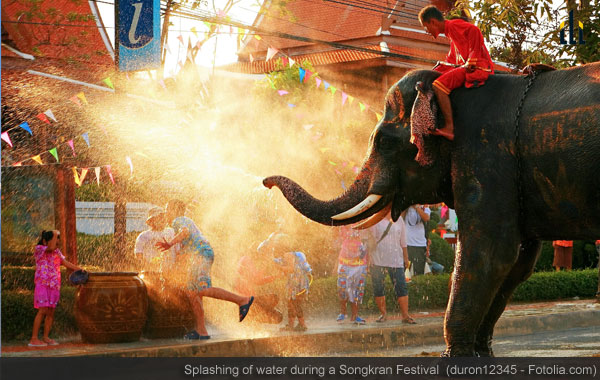 A festival of joy and traditions, Thailand’s Songkran 2012 kicked off today at Wat Pho, presided by the Tourist Authority of Thailand governor, and is celebrated all over the country, as the traditional New Year’s Day from 13 to 15 April. A Buddhist festival par excellence, the Songkran (สงกรานต์) is embraced by young and old, who participate in different ways. Children and girls splash water at each other, people release birds and fish, pray to their ancestors, bathe Buddha statues, pour water on the hands of the elderly, and so on – all for the good beginning of a new year. 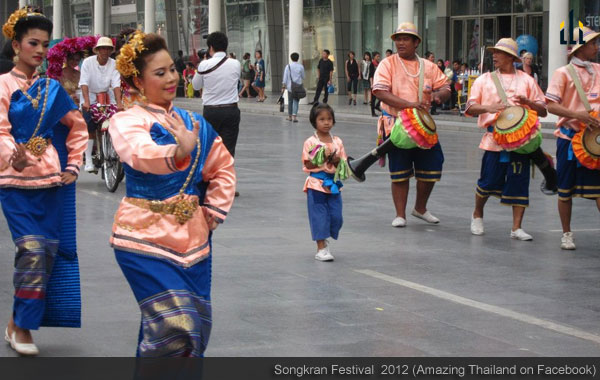 The origins of the festival are unsure. Although it is believed to have been adapted after an Indian festival, the Songkran has been celebrated for centuries. The most amazing celebrations are held in Chiang Mai, where the festival was officially opened today, with a warm “สวัสดีปีใหม่” (sa-wat-di pi mai = Happy New Year). 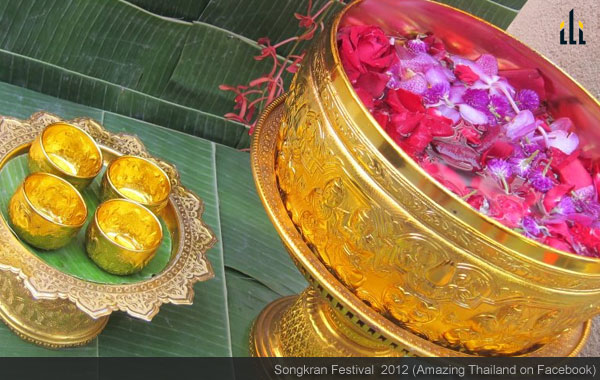 Although water seems to be the central theme of the festival, its meaning is much deeper. You’ll see a lot of religious ceremonies, but also parades, beauty pageants, cookery demonstrations, music and all kinds of live entertainment. To learn even more about the festival, watch the official documentary by the Tourist Authority of Thailand.