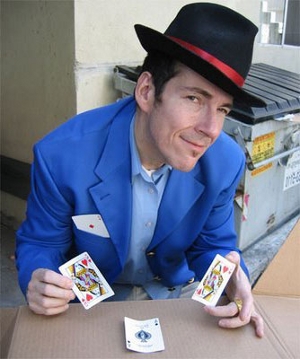 The definitions of hotel room rate parity vary depending on who is doing the defining. The big online booking platforms speak of consistency and fairness, hotels often simply “have to” maintain parity to play in the game, and so on. But, is consistency at the expense of value and clarity worth then high price? These and other questions of value are expressed in the opinions below.

The answer to the big question above is obviously a resounding “no” – rate parity is primarily a contrivance of the big OTAs to ensure they are not undercut by hoteliers. Despite the positive aspects of stable pricing though, in many situations rate parity hurts hoteliers and guests, especially in the long run. Opponents to this point of view will question this, but let’s examine some examples to see just how much of this “rate parity” religion in hospitality is hype, and how a free market system could benefit more people and businesses. 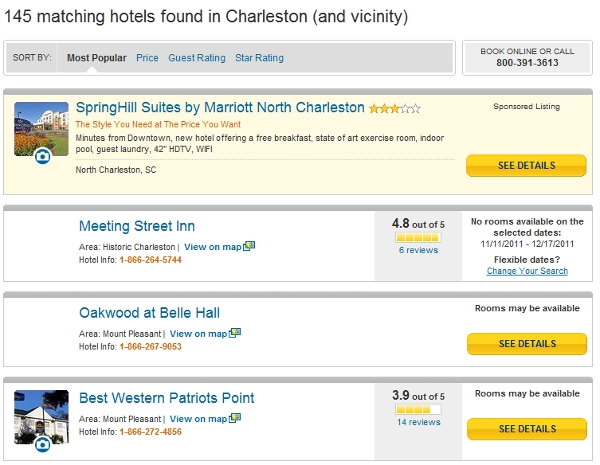 True “stability” in business involves “value” for margins. Rate parity is more about stability within the marketing matrix than it is about customer satisfaction. The image below further’s our pictorial journey thru pricing. Being from Charleston, SC, knowing just about every street and alley there, Expedia’s (seemingly) most popular hotel, is a bit misleading at best. 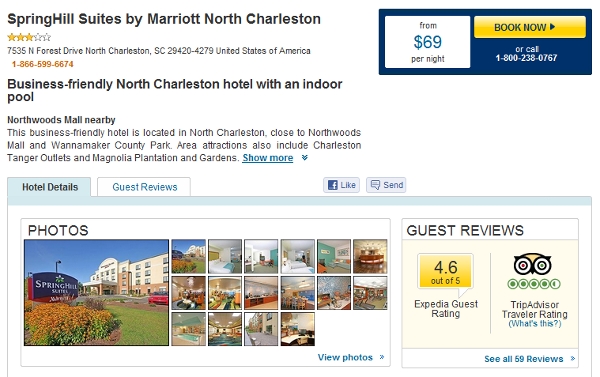 Spring Hill Suites pushes the envelope of the term suite

Expedia advertises this Marriott Hotel above at the top of their listings. The only rooms not booked “supposedly” for the term I searched for, ran $109 per night, not $69. The rate schedule, even at the Marriott site, are about as confusing as you can imagine. Weekend rates, extended stay rates, etc. Bottom line is a comparative of some “values” will show the hotel is simply not the best choice for many people visiting the city.

The image below shows the beautiful view of the cul de sac neighborhood behind, the expressway and Walmart Super Center in front, and a frontage road nightmare all around. For business types in conferences in North Charleston? Maybe one choice, not necessarily THE choice. North Charleston, compared to Mt. Pleasant, West Ashley, even downtown? Maybe for the dead broke or money grubbing business suit, or in case of meeting proximity. Listen up folks, Charleston is a tourist destination. 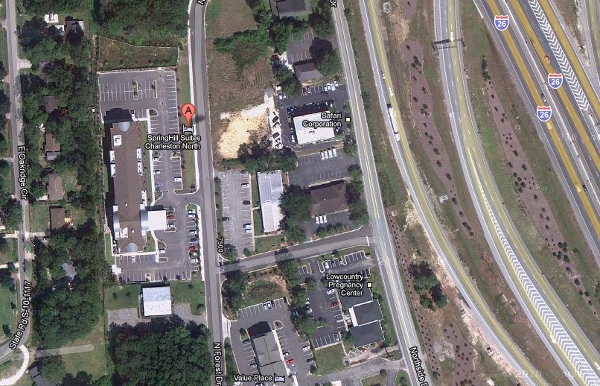 If you look closely you can see the Lowcountry Pregnancy Center

Moving on from what some call “rate integrity,” the article linked to up there from Hotel Revenue Tools, Rate Parity – Definition and Strategies, abptly describes the pluses and minuses of this whole “rate stability” situation. The gist of this article is that rate parity is good for most cases where hotels need the big OTAs, but not for a great many whose benefits are far less promising. It’s a complicated system, supposedly designed to simplify things – but which obviously does not. A cottage industry to match the legal profession has risen up as yet another industry “drain” as much as an industry asset.

And here we are, trying to synthesize and grasp the concept of what Jean Francois Mourier – CEO of REVPAR GURU describes as:

“…maintaining consistent rates for the same product in all online distribution channels—Expedia, Orbitz, Hotwire, etc.—regardless of what commission the OTA makes.”

Mourier, and hotel revenue experts like him, represent the best partners for navigating this complex web of price & value complexities. The down side is, less than optimal values propagated by lesser experts, muddies the waters a lot. And what do muddy waters lead to? Confusion and an opportunity for opportunists, to name two. Let’s move on to still more nebulous jargon and confusion – since confusing pricing models are in vogue. The video below shows well cited monetization expert Chris Anderson Ph.D. talking about his theoretical “billboard effect” that has been so widely used to add credibility to the OTA commission model.

This admitted “pseudo experiment” into another value segment of the online travel agency argument highlights added values for hoteliers beyond even their OTA marketing budgeted items. Sponsored by Expedia, and carried out using “four” JHM properties (now there’s a coincidence), Anderson’s work may not show Wernher von Braun rocket science science – but it does show how huge corporations don’t need much to broadcast ideas. I don’t know about you, but using the term quantitative analysis, pseudo experiment, and four subjects paid for inclusion into an experiment – well, need I say more? Stepping back into this pricing and value idea, let’s look at Charleston as a destination in our own pseudo expriment.

Where else could anyone in business or a touristic viewpoint want to stay but in industrial park heaven in North Charleston, SC? Location, atmosphere, and amenities are to be considered. The image below is from a similar hotel (actually, a much better one) across the Cooper River from the penensula, downtown Charleston. 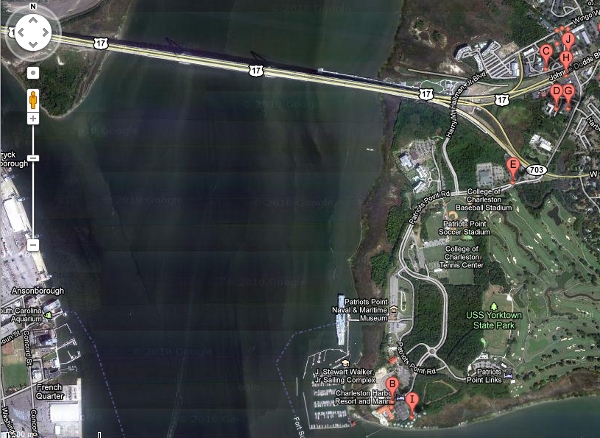 Fig. 1.2 Shows the Patriot's Point Quality Inn & Suites (E) on the harbor - not the championship golf course where I used to play.

The Choice Hotels listing of the Quality Inn & Suites Patriots Point is reflected in the above image. If you flew higher in Google you could see clearly a value of immense imbalance illustrated in this Expedia example. Downtown is across the river, the beaches, Wild Dunes, the Isle Of Palms, a world of vacation bliss is seconds away in example two – while Expedia’s most popular hotel in Charleston sits on a side road in housewife hell. Sorry, just my expert Charlestonian opinion here.

Meanwhile, back at the real favorites ranch, the Meeting Street Inn, Charleston’s favorite accommodation for decades, is in second spot, with no rooms available. The “billboard effect” in this particular case, is an inaccuracy in many regards. First off, we don’t need college professors to tell us a bunch of people seeing Expedia’s top selection above fabulous hotels is some sort of genius advertising factor. Secondly, the whole proposition is set asunder if potential guests are misled, no matter how so. The Expedia listing in question is sponsored one! The “Sponsored listing” notation beneath the “Most Popular” top nav element is in Arial 7.5 normal font. The Meeting Steet Inn and other unsponsored listings are in Arial 8.5 BOLD.

The science of paid advertising finally catches up to the 21st Century, courtesy funding by Expedia, JHM, and other “positioned” listings. Sorry, but this is onerous for me. It should be for you too. The rates for these two hotels are essentially the same, yet with the impossible softwares and rate parity gadgetry in place, who can say for sure? Don’t get me wrong, the Meeting Street Inn is tow to three times more expensive than any North Charleston hotel. But the point is, online visitors should be given the right choices. As for “billboard effects” – this only applies if your ad on the billboard is larger than small print amid flashing neon.

More on rates and value later.

Update: We originally thought the North Charleston Marriott listed in this article was run by JHM, but this turns out to NOT be the case. This does not alter the fact that the so called “Billboard Effect” is highly subjective, and that pricing between dissimilar accommodations is highly misleading. Suggesting a lesser commodity, even via paid placement, is in no way transparent for the consumer. This was the point of this article.

Disclosure: Pamil Visions PR, the parent company of Argo Travel News, is the agency of record for Global Hotel Exchange, a Magnuson company. Any opinion expressed herein, is that of Phil Butler, editor of Argo Travel News, and not necessarily that of Pamil Visions PR, Global Hotel Exchange, or Magnuson. This is an editorial piece. Phil Butler was born in Charleston and was a resident for two decades.