Talking to a friend from out of state recently, the subject came up about working at Walt Disney World. That’s a topic of great interest to non-Floridians; as if we are so very lucky to live in proximity to this wonderland and are able partake of some great dream. I worked in that theme park for three years — busboy, waiter, lead, and bartender. What an experience. Nothing like it. Nepotism rules — extremely corporate.

Orlando is littered with billboards and ads for theme parks. Universal Studios is the other popular attraction. The rides in these compounds are called adventures. Excitement, thrills. The intended mindset is a numbness to anything beyond temporary suspension of disbelief; in other words, to make the temporary, permanent. Up here, forty miles to the northeast, we are generally free of the hype. 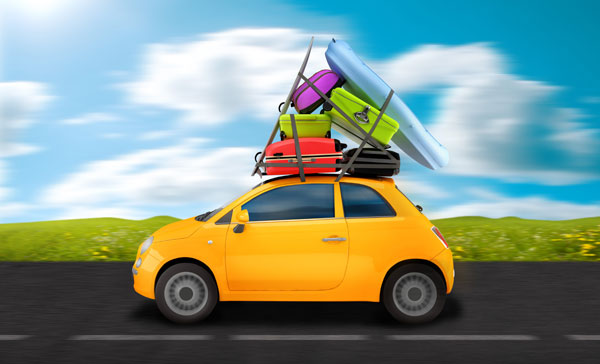 In visiting with travelers to Florida, and dedicated travelers generally, I’ve noticed that most people who travel a great deal, and rave about their experiences, mention, for the most part, little else in their lives which pleases them. They worship the thought of getting on with the next trip, their next adventure. But, others, those with hobbies and serious interests like wood crafting, stained glass, photography, and writing, do not gush ad nauseum about their activities no matter how edifying or beneficial.

One conclusion might be that the “hobbyists” are too poor for much traveling and compensate for it, or rationalize their interests, but this isn’t true, as the travelers will tell you. The money spent on hobbies could easily go for a ticket to France or Mexico. I’m in the writing set and my, you will say hazy, conclusion is that those who travel as their source of excitement binge on it. I, too, enjoy exotic surroundings, cultures and foods and conversation and the joy of learning inherent in new environments, but my idea of location is not based on a trips per year benchmark.

You may dismiss the following view as latent hippie romanticism, but in our rush toward the storm of conspicuous variety we forget that the newness, the influx of sensations life presents, can be found within miles of where we reside. We don’t need a sunset over the pyramids or the view of mountains across the steppes of central Asia to know the world. Strolling down a white sandy beach on Florida’s Gulf coast as I watch the setting orange sun fatten in twilight satisfaction before resting out of sight says more than anyone can comprehend. And the same near my home in Arizona when I stood alone and felt the stillness of desert miles as I gazed through heat-wrinkled air rising from tertiary packed sand toward Superstition Mountain to the east of Phoenix.

No, it isn’t the amount of travel experience we have, but how much we absorb of our surroundings, be they in Centerville, Iowa or Bucharest, Romania. This, in line with the previous thoughts about Disney, leads me to the conclusion that many people are stuffing themselves with empty experience calories to allay the need for real sustenance that can only come from the often-difficult process of self-reflection.

A footnote regarding the Profiles on match sites. The word “travel” is even more common than the phrases “moonlight walks” and “candlelit dinners.” When was it that imagination was replaced by boredom? I can’t put my finger on it. Another mystery along with the origin of the phrase “shopping days till Christmas.”

Ideas to Make the Most of Your Visit to Phuket
Trends Say Americans Guarded Over Travel 2022
27 Inspirational Travel Quotes to Fire Up Your 2022 Travel Bug
Omicron Surge Stops the New Year’s Eve Music in Greece
Previous: Hvar: A Lonely Planet Top 10 Destination for 2012
Next: Rate Parity – Apples When You Need Oranges