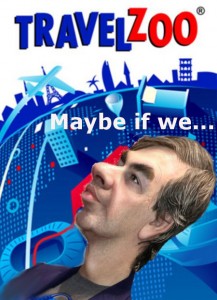 What could Google do with Travelzoo (NASDAQ:TZOO)? This is the question some insiders may be asking if reports of the beleaguered travel deal company’s sale ring true. Having had shared plummet over 70 percent since last year, Travelzoo would seem ripe for the picking, but just who’s plucking online booking portals these days? Reuters has it the company is seeking advisers on a potential sell.

24 million subscribers @ $14 a piece, that’s somewhere in the neighborhood of what Google or other online travel suitors will have to fork over to get Travelzoo’s enamored following. With a current market value just over $336 million, the still powerful innovative launched back in 1998. While the Chicago Tribune suggests Amazon and other likely buy candidates for the staggering deal giant, it seems like Google would stand the most from such a deal.

How come, you say? For one thing Google could toss in 300 mil and never bat an eye. Even if the search giant just wanted to scrape off the users and then discard Travelzoo at length, a buyout might be well worthwhile. But there are better reasons. For one thing Travelzoo would nicely round out Google’s other travel initiatives.

Zagat to Hotel Search, Google with Travelzoo deals and ads, is comparatively more massive than without. If only for the “aggravation value” versus Expedia and other Google transgressors, buying Travelzoo would not only be profitable in the end, but a lot of fun for Sergey Brin, Larry Page, and Eric Schmidt. Expedia and dozen’s of other OTA lawyers would lay down payments on their next sports cars or yacht purchases. 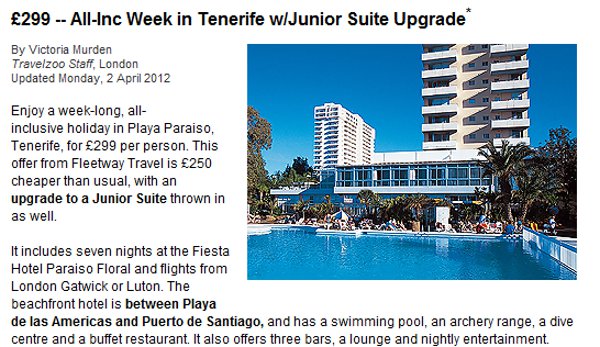 Deals. Imagine Google with a little deal machine that could a la Groupon (but better). I can’t help but chuckle at all the trouble the big OTAs, even the GDS giants will have if Travelzoo falls into Google’s hands. If regulators approved such a buyout, maybe we would all see the end of litigation from all those FairSearch entities? They would be forced then, to shut up and play nice. But the best reason for anyone to buy Travelzoo is not for poking a thumb in the eyes of competitors, it’s the real user value.

Travelzoo, so often overlooked of late, is actually a monstrously simple, efficient, and money saving tool for travelers. Not as elegant perhaps as Stay.com (our pals from Norway), or as publicized and adopted as TripAdvisor, the wealth of Travelzoo really does reside in the value. Turkey to Taiwan and back, Travelzoo puts up thousands of deals on everything from local festivals to flights. If Google wants to round out their offerings, buying such a platform goes a long way towards it. Why would Google not want Travelzoo? This is a more pertinent question than posting expert offerings like Five under £50, 6 April in your face. :) Travelzoo is Groupon for Google at a discount, and then some.

Rail and Ferries, air, event travel, Travelzoo may be a bargain if just for the content on their websites. From the rugby final coming up at Twickenham, to a massage, if Travelzoo is anything to Google, it’s a lot of something the massive search company has not. Okay, enough of my Travelzoo sales pitch to Google almighty, but my prediction is they’ll buy it before Amazon or Facebook or someone else does. Besides, if Google can afford to buy Slide for $180 million +and see it flop, a money maker like Travelzoo should be a no brainer.

Pssst! I’m not the only one that thinks Travelzoo is a buy.