Ivo Marinov, Deputy Minister of Economy, Energy, and Tourism for Bulgaria, predicts 2012 will see a 5 to 6 percent increase in tourism to his country. Marinov was on hand Monday for the signing of contracts totaling over 20 million Lev slated to increase the country’s travel industry. 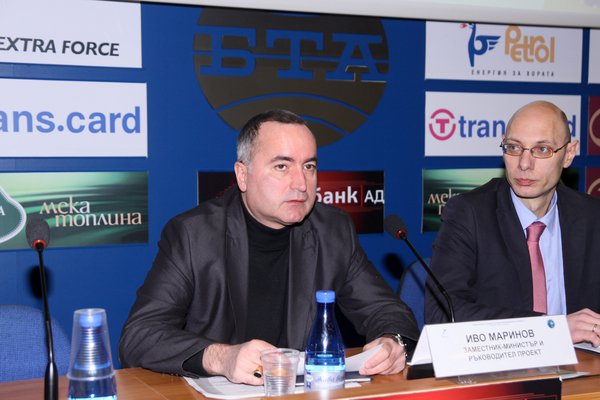 According to the news, Delyan Dobrev, Minister of Economy, Energy and Tourism and Lilyana Pavlova, Minister of Regional Development and Public Works, penned the contracts as part of an agreement under the “Efficient National Marketing Support of the Tourist Product and Information Service.” The breakdown of fund usage boiled down to around 2 million Lev for research and marketing, 2 million for internal tourism, and over 6 million spend for promoting Bulgaira via Euronews, Eurosport, National Geographic, and Discovery. Aside these numbers, another 7 million Lev was slated for campaigns in Russia, Germany, Ukraine, Romania, Poland, and Swededn.

Marinov’s predicted increase in tourism includes added visits from Russia, which the Minister suggested would account for a 20 percent increase over last year. Romanian visitors were the largest group to travel to Bulgaria last year. Marinov commented also on Bulgaria’s new outreaches being designed to portray the country as a year round destination rather than just a seasonal one. Over Easter, tens of thousands ventured to Bulgaria for festivities there, most coming from neighboring Romania again.

In other news, Marinov commented recently on Bulgaria’s difficulty in garnering the correct tourism tax from hoteliers there. The laws, recently ruled unconstitutional, allowed hoteliers to under-report revenues thereby cheating the government of hotel taxes assessed. This and other issues plague the economies of many Eastern European countries. With millions being spent to drive tourists to destinations in the East, leakage of needed tax revenues causes a corresponding slump in economic gain for beleaguered nations.

Tourism is one of Bulgaria’s most crucial economic sectors, and one of the country’s highest priorities. The industry accounts for 10.5% of Bulgaria’s gross national product, and in 2011, some 6,330,000 International tourists visited. This latest news clearly underlines the government’s commitment to growing this economy segment.