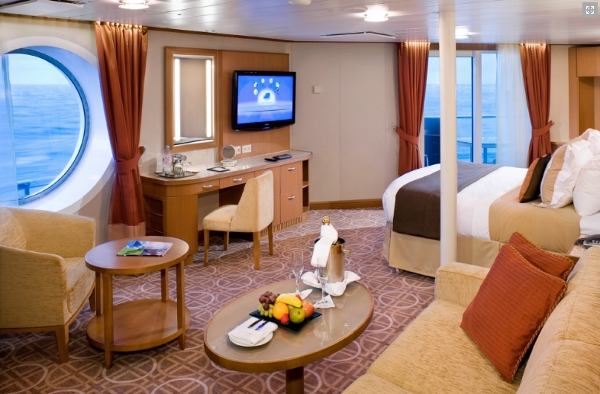 Celebrity Silhouette joins an already formidable Celebrity Cruises fleet, with debut deals and marketing hype (win a cruise for two) as big as her fast hull. Passengers on this extraordinary vessel can enjoy the gambit of fascinating and luxurious activities from take a painting class offered by a master, to learning about grilling outdoors via an interactive club on board. I must say, having your own back yard neighborhood on board is something of a far out luxury (below Alcoves) 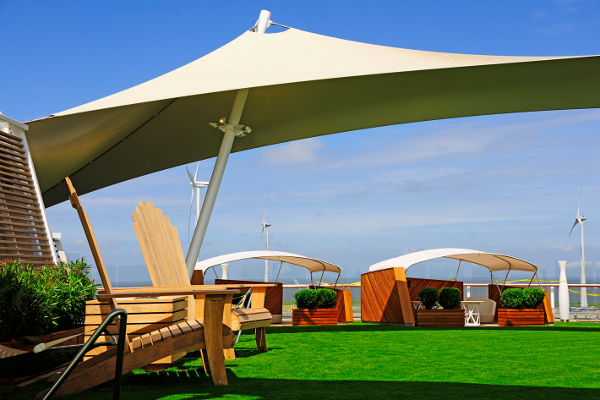 All this, and much, much more await the ship’s lucky passengers – 85 percent of whom can enjoy sweeping veranda views from their cabins. And for tech savvy and edgy geek amenities, check out the so called Qsine culinary adventure where you get to order up great food and wine with your iPad. 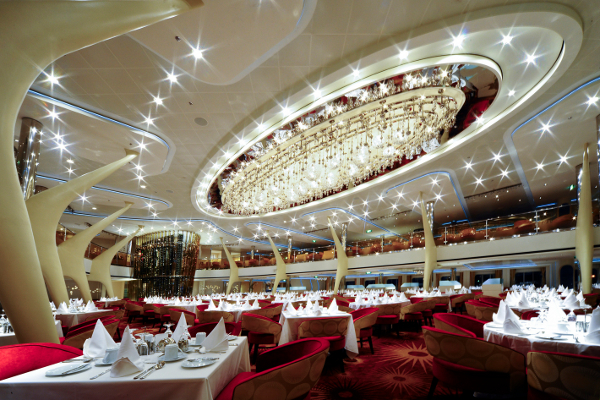 The very cool 7 Night Inaugural Sailing Cruise which sails tomorrow)  is taking  passengers from Hamburg through the pillars of Hercules (Gibraltar) on to Barcelona and Rome. We leave you with one of the most significant cruise ships ever launched, Celebrity Sillhouette. This is truly an extraordinary ship built by legendary Meyer Werft. Interestingly, Meyer Weft is the last remaining independent major German shipbuilding yard. One of her vessels, Graf von Götzen (now MV Liemba built 1913) is the oldest operating passenger vessel of a type in existence still operational. Suffice it to say, German shipyards have constructed many of the finest vessels ever to sail.

Campspot Publishes the Top Outdoor Travel Trends for 2023
Ideas to Make the Most of Your Visit to Phuket
Trends Say Americans Guarded Over Travel 2022
27 Inspirational Travel Quotes to Fire Up Your 2022 Travel Bug
Previous: Magic World Russia – The Federation Strikes Back
Next: Google + and Really Refined Reviews – Coming Soon