Is American Airlines Spinning Out of Control?

American't Airlines my be more true than you think - courtesy Donar American Airlines reveals its weakness with shabby PR spin.

American't Airlines my be more true than you think - courtesy Donar

American Airlines has boldly announced that dumping Orbitz, and the subsequent Expedia “burying” of AA flights, has essentially had no effect on ticket sales. Actually, the airline claims sales on their own site and other affiliates are on the rise. In an obviously bad PR move the company seems to have made a business decision into a personal vendetta. What does that bode for travelers? In other price war news American has advised its customers to revert to brick and mortar travel agents too. 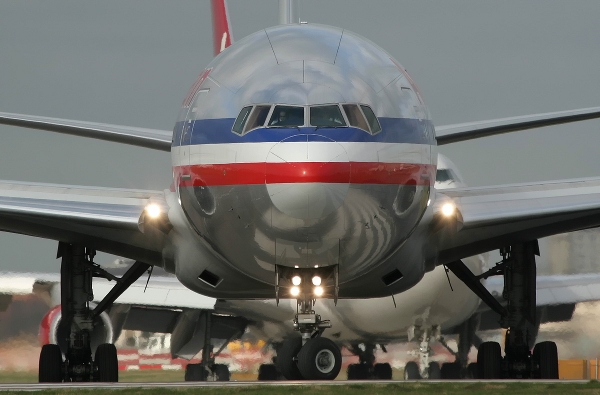 American Airlines takes off in new direction - down perhaps?

For those trapped in a cave these last few weeks, American Airlines and online travel portal Orbitz not having come to an agreement or new contract resulted in AA dropping its flights from that resource. With economic and market trends heading toward fare cutting at every turn, the obvious is coming to fruition where online travel is concerned (for air travel at least) – some airlines can no longer afford OTA’s. But with this “nose thumbing” announcement in response to Expedia’s “Orbitz gesture,” won’t customers be turned off by the childishness? 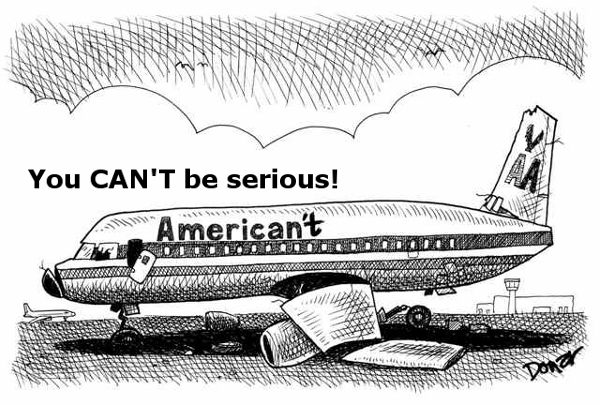 American't Airlines my be more true than you think - courtesy Donar

American’s parent company is trying to gloss over any negative stock or customer downsides by taking what I call the “nanny nanny boo boo” approach to public outreach. When it is abundantly clear AA immediately put in place counterbalancing marketing tools at leaving Orbitz – they unabashedly declare “Orbitz never helped that much any way?”  Doug Cameron points this out in his article on the Wall Street Journal. And as for validity for these remarks, using the blunt tool of Alexa traffic rank (below) it is easy to see AA was joined by every other top airline over the last 7 days in “rise and fall” in online visits. 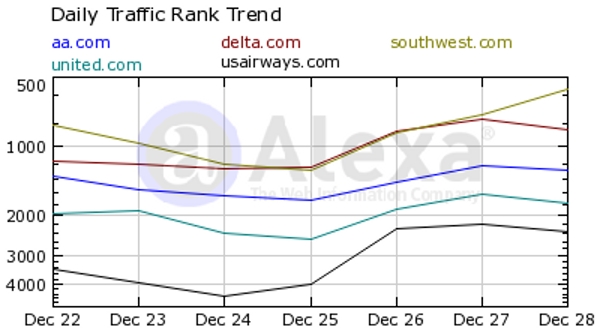 Either AA is off base or every major airline dumped online travel portals?

Let’s face it, emailing a 15% savings coupon to your list of customers has its positive effects on bookings, along with no telling what incentives for Priceline, Kayak, and the remaining affiliations.  Does American Airlines have a Google Adwords account? I mean they did sue Google back in 2007 over Adwords. If we only got leaked Adwords figures showing AA buying bidding up there with Expedia! Well, we can only imagine for now. The point here is, “what is the consumer to think?” Do you want to fly with a carrier that is as likely to spit in your eye and tell you it is raining? At least perceptually that is.

To further serve American Airlines clients, the company may adopt the additional cost cutting measures depicted in the video below.