A strong bomb blast shook a courthouse building in central Athens ( Louizis Riancour St – Ambelokipi district) on Thursday morning (8:22 a.m. local time – 06.22 GMT), about 40 minutes after an unidentified person placed warning calls to a local TV station, Greek police said. The bomb was located on a motorcycle parked outside the building. The anonymous caller provided in-depth information, including the number of the vehicle. The blast was heard for several kilometers, and caused extensive damage to the courthouse building. 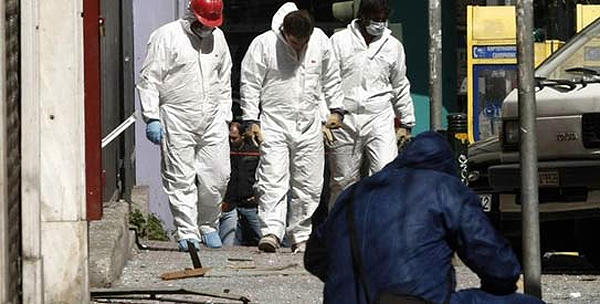 A bomb hidden on a parked motorcycle exploded outside two court buildings in central Athens - Photo by Reuters.

The warnings gave the police enough time to evacuate the building, and all nearby buildings potentially exposed. There were no immediate reports of injuries, and no immediate claim of responsibility. However, there are suspicions that the attack was done by one of Athene’s urban guerrilla groups, which are responsible for a number of other bomb attacks in the past two years. The two groups mentioned by the Greek media are Rebel Sect and Conspiracy of Fire Nuclei, the latest responsible for parcel bomb attacks in early November this year. The Conspiracy Nuclei of Fire are due to go on trial on Jan. 17, 2011.

Successful bomb attacks in the center of a popular travel destination are not the most encouraging news for tourists. After the incidents in November, many countries advised their citizens against traveling to Athens. In the light of the latest events, this is probably not the best time to visit the Greek capital.