Vladimir Putin laid flowers at the memorial signs established in honour of the hero cities by the Kremlin wall.

“This war is not an ordinary war. It is the war of the entire Russian people. Not only to eliminate the danger hanging over our heads, but to aid all people groaning under the yoke of Fascism” – Josef Stalin – 22nd June 1941 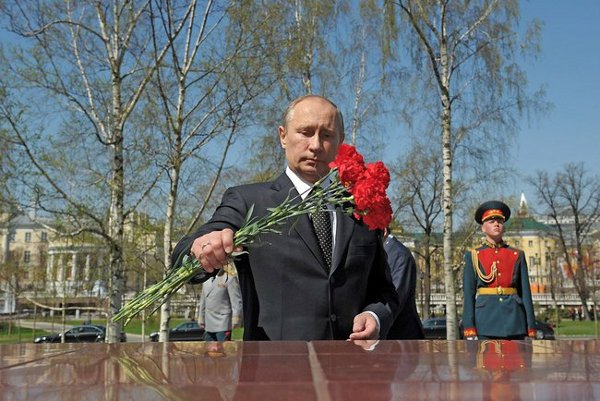 Vladimir Putin laid flowers at the memorial signs established in honour of the hero cities by the Kremlin wall.

Visitors to Moscow today were probably aware of festivities honoring what Russians call “Victory Day”, the ceremonies honoring those who fell during WWII. The Great Patriotic War, as Russians call the Second World War, was as desperate a struggle as the Russian people have ever had to endure. In attendance at the Kremlin Wall on the eve of the victory celebrations tomorrow, President Vladimir Putin (pictured above), laid a wreath at the Eternal Flame by the Tomb of the Unknown Soldier in the Alexander Garden. 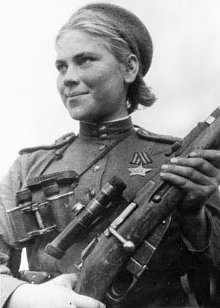 The ceremonies this year commemorate 68th anniversary of victory. A ceremonial march by soldiers from the Moscow Military Garrison also took place representing all branches of the Armed Forces. Tomorrow Moscow will turn out for the official celebration on the day of Nazi Germany capitulated. The now famous image below of Field Marshal Keitel signing the surrender declaration marks a momentous time in human history.

It seems important to note here, Russia’s war against the Nazis was so desperate and ferocious effort Russian women like Red Army sniper Roza Shanina (at left) served on the front lines in combat situations, distinguishing themselves as their male counterparts did.

Victory Day is a massive celebration in Russia highlighted by a full military parade, cultural events across the country, and a day off in remembrance of the sacrifices Russians made in ultimate war. It is estimated that of the 70 million who died in WW II, some 30 million were on the so-called Eastern Front. The military battles fought inside Russia were on a scale never before or since seen on Earth. 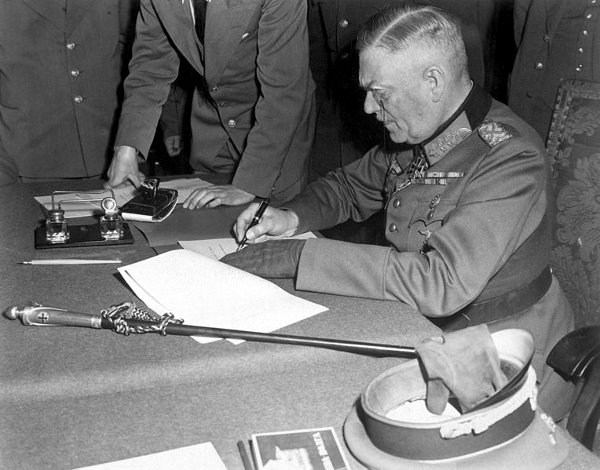