Airport this Easter, deserted because travelers got fed up An empty plane or airport is the end result of the online travel war.

Airport this Easter, deserted because travelers got fed up

Okay, ticket prices have not skyrocketed yet. But now the online travel wars really start to get interesting, and confusing too. For those who don’t know, American Airlines dumped Orbitz, Expedia hid American, Delta dumped nearly everyone, Sabre childed in, AA sued Sabre, and I am sorry, but Google has to be sitting on top of old Mountain View laughing like hyenas. At the crux of the issue? Who gets your travel buck.

The image below is a vision into the future of air travel if corporations keep strangling one another. 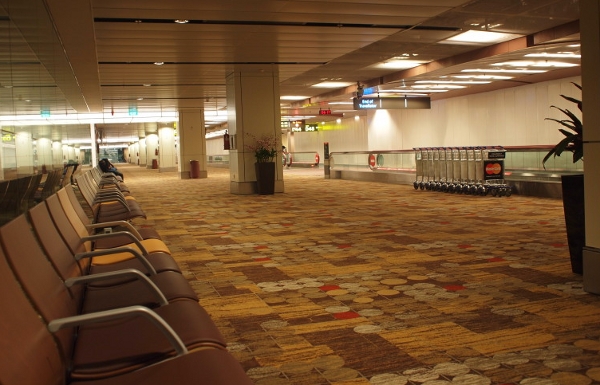 Airport this Easter, deserted because travelers got fed up

It all started (I think) when Google announced they wanted to buy the online travel industry’s best kept secret, ITA software. Expedia and the rest of the online travel agents went nutso. If Google owns ITA technology (that makes sense of those zillions of bits of travel data) the Internet giant could cut them out. As if Google could not already. Expedia alone spends $8 million a month buying customers from Google’s Adwords. And here we are today, 50 billion beads of corporate executive sweat later, awaiting the next rat to desert one of the traveling ships – airships even.

In the last few days Delta withdrew its seats from Airfare.com, CheapAir.com, Vegas.com, AirGorilla.com, and Globester.com in a move that scared the BeJesus out of all these mid sized online ticket brokers. Imagine the dismay of waking to find Delta and American not just poed at Expedia and Kayak etc., but willing to scramble the all the eggs in the online travel Easter Basket (yes the bunny is on its way). Someone in the corporate washroom at these online entities needs to think; labor intensive, ticket counters, travel agencies, brick and mortar booking peeps, all the things online travel companies benefit from can be lost if the customer loses trust. 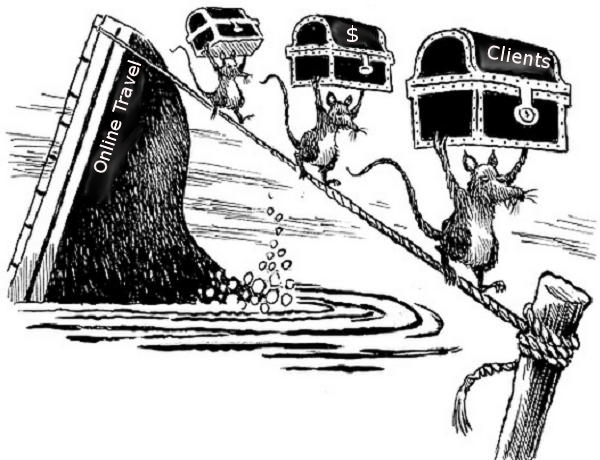 Today Vegas.com is in the news cozy with American’s Direct Connect. As it turns out, the boys in the desert there have been using Direct Connect all along – can you say “hedge your bets?” For the consumer theses days must represent an all time low for trust and security. From cavity searches at the airport to stress over who is flying, whom, where, and when via online bookings – none of this is good for business. And we are still in the grasp of the worst economy in my lifetime. Thank you FairSearch, Google, Expedia, Orbitz, Travelocity, and Joe’s Vegas Bar and Grill for your consideration. And then there is today’s Priceline deal – oh yes, and United and Delta hiked their fares too. 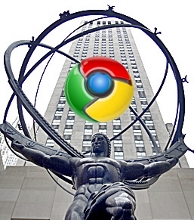 But someone has to make sense of all this. Or at least I think so. I just got off the IM with two of the principals for the lesser known booking portals, I won’t reveal who, and not many people realize just how hard the rug is being pulled out from under the smaller entities. It’s all just like something out of Ayn Rand’s Atlas Shrugged – but maybe Google will rise above their role as the real John Galt. For rest assured, technology and the innovators have abandoned us on this one so far. And the Justice Department will offer puny solutions for any of it.

Surely Google will shrug if the Justice Department sides with Expedia and the FairSearch crowd, and why not? Think about it, could anyone find American Airlines or Delta, even Expedia online without Google? Well, there is Yahoo, Bing, Ask, and of course typing URL’s. Or maybe you saved your Delta links on Delicious? Or is that bookmarking site dead yet. I know, use Facebook search. You get the point I hope.

Google is the fabric that ties the Internet together isn’t it? We did not plan it that way, Google probably didn’t initially. Microsoft, Yahoo, even Twitter are not nearly so much a part of this communicative device – and Facebook? As brilliant an powerful an idea as Facebook is, only Google can rescue us from this insanity. It does not matter that the online travel war was likely started by them in the first place – Julius Caesar started wars – and finished them. And until Brutus, I mean Facebook , grows up enough – until Caesar, I mean Google is vulnerable enough – us digital citizens need the big guy to come through.

How’s that for a US Justice Department ruling:

The Google ITA acquisition has been approved so those greedy but geeky bastards can save us from the worse greedy bastards. 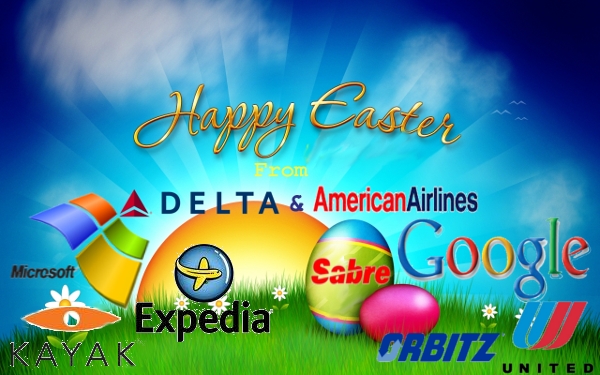 An Easter Gift that keeps on giving - chaos and higher prices

Campspot Publishes the Top Outdoor Travel Trends for 2023
Ideas to Make the Most of Your Visit to Phuket
Trends Say Americans Guarded Over Travel 2022
27 Inspirational Travel Quotes to Fire Up Your 2022 Travel Bug
Previous: Portugal’s Travel Agents Sinking Fast
Next: E-Tourism for Southern Europe on Tap in Athens