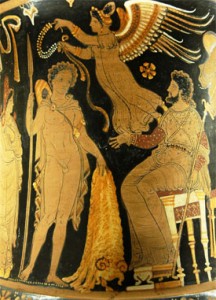 With taxes on the rise and salaries seemingly shrinking by the day, set amongst a backdrop of record unemployment, perhaps it’s not surprising that tales of buried riches hidden in the countryside suddenly sound more appealing. From legends of gods such as Zeus and Theseus to rumours of hidden plunder stashed away in the countryside by the likes of Alexander the Great and the Byzantines, the Greeks have always had a love affair with their ancient myths. News today tells of Greek “prospectors” going so far as to dig a 15-meter deep tunnel into a hillside near Greneva in search of Nazi loot supposedly hidden there in WW II.

While legend often so far exceeds fact, it is true German forces in the Second World War separated hundreds of millions in gold from Greece and other occupied countries. Take the missing Nazi gold as an example. The UK Treasury estimates that during World War II, the Nazis expropriated some $550 million worth of gold from countries they occupied, much of which has never been recovered.

It’s these kinds of legends, which have more than a ring of truth to them, that are fuelling Greece’s new craze for treasure hunting. The last two years have seen a huge rise in the number of people in search of fortunes. Some 250 miles north-west of Athens, the town of Grevena was the site of numerous battles between German forces and members of the Greek resistance during the war. Many believe that gold is buried somewhere on the outskirts of the town, in the form of hidden sovereigns donated to the resistance by the British. 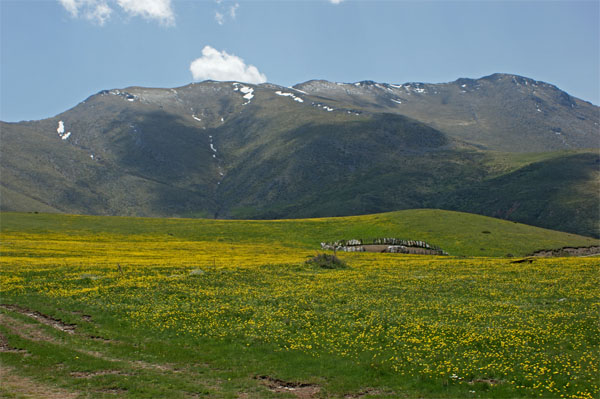 According to one witness, there have been at least 10 attempts in the last few months to unearth this buried treasure. The latest effort was scuppered just a few days ago when police arrested five men who had dug the aforementioned 15 meter tunnel into a nearby hill in search of the gold. Police said that the men were extremely well organized, equipped with construction tools and a generator to aid them in their work.

Rumours of hidden riches also abound in Thessaloniki, Greece’s second city. Treasure is said to be secreted away at a number of places around the city, such as the Pentalofo quarry, 16 miles to the north, and the hills of Varvara, 70 miles to the east. Efforts to uncover these riches have so far proven fruitless, but it hasn’t stopped people from trying. In fact, latest reports claim that thousands of Euros are being exchanged, in return from treasure maps that their buyers hope will lead them to their fortunes. 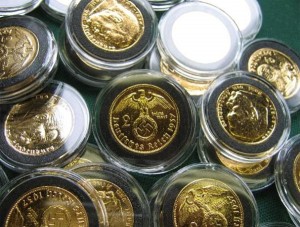 Add to these stories legend upon legend of treasures from antiquity, legendary pirates, sunken cities, and what the adventurer is looking at in Southeast Europe, is the stuff of legend. The submerged city of Helike, lost in an earthquake beneath the waves in 337 BC. Some say this city was in fact the legendary Atlantis. Roman vacationers to the area above the sunken city one proclaimed of its magical appearance beneath the crystal seas, a giant bronze statue of Posiedon standing just beneath the surface, “in a poros, “holding in one hand a hippocamp“, where it posed a hazard to those who fished with nets.” 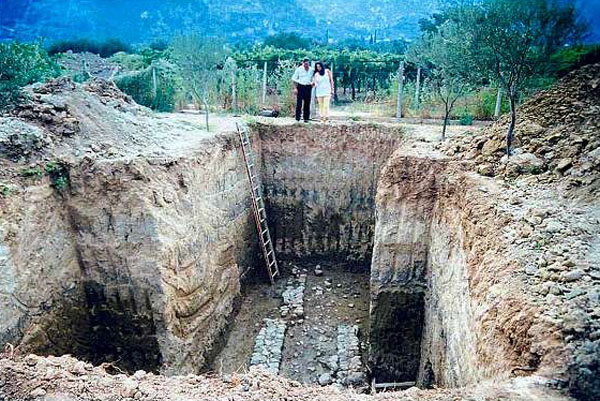 Likewise the sunken city of city of Pavlopetri, only recently discovered, is said to be the best preserved and most ancient such submerged city yet found. The Necklace of Harmonia, Jason’s Golden Fleece(top left), Achilles’ armor, not telling what riches lay under the sea or sands of Greece – the literal cradle of Western civilization. 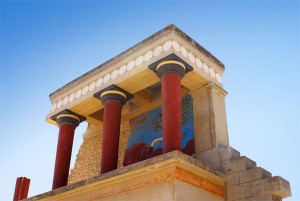 The palace at Knossos, Crete ruled the Bronze Age, what treasures lay beneath the water and soil of Greek lands?

Gold fever has gripped the Greeks so intensely that some aren’t even restricting themselves to searching at home anymore. A recent article in Greek Reporter tells how four Greek men were arrested last week in the Bulgarian village of Karavelovo, after locals reported to authorities seeing men digging around an ancient Thracian burial site.

Acknowledgement: Thailand correspondent Mike Wheatley collaborated on the compilations for this post.