News from Orbitz Chicago headquarters tells of the company’s latest partnering deal with Hawaiian Airlines, a private labeling solution supposed to power hotel and vacation packaging bookings. The prospective “win-win” being Obritz on the airline’s website, and Hawaiian taking advantage of Orbitz leverage. All this partnering begs the question “can ancillary revenues save the beleaguered OTAs?” 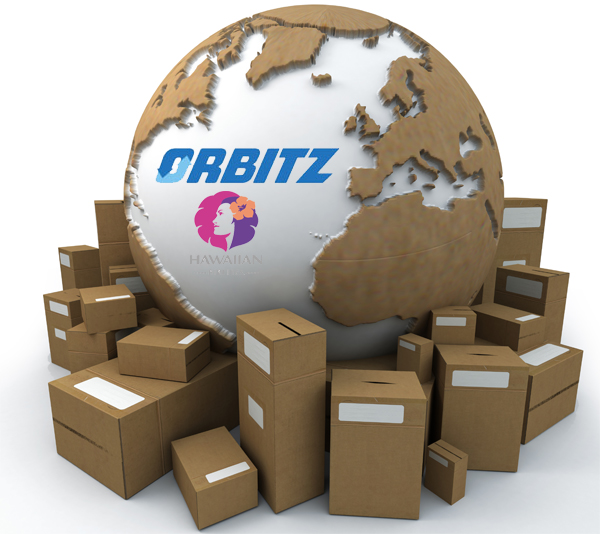 According to the press from Orbitz, the multi-year deal will enable Hawaiian Airlines to take advantage of Orbitz “proprietary technology” – and allow Orbitz to profit from including Hawaiian fares into their matrix of hotel packaging deals, and so forth. Peter Ingram, Hawaiian’s chief commercial officer, added this about the deal:

“We are excited to leverage the superior merchandising capabilities offered by Orbitz, and are delighted that our partnership will also enable us to further strengthen our relationships with many Hawaii hotels. We’re pleased to be offering our valued customers an expanded selection of products and destinations, as well as the Orbitz private label sales and service team to support them at every turn.” 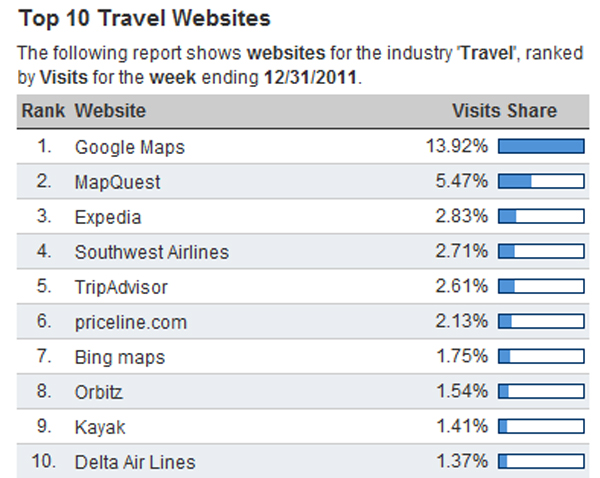 Orbitz marketing machine has been at it heavy of late announcing one “innovation” or deal after another. Just recently Orbitz chugged out their latest mobile or so called mCommerce addition, not to mention the company’s almost continual release of trends via their customer search data. Meahwhile, Compete metrics show traffic to Orbitz landing pages down over 700,000 users from November to December 2011, a drop of nearly 9%. Quantcast reflects a similar downward trend since the Summer, and Hitwise shows Orbitz with only about 1.54% of the travel traffic market beneath many others.

EyeForTravel and other outlets reported on Orbitz and Priceline.com’s efforts to tie in partners to promote their travel solutions. However, some industry experts suggest these moves are nothing more than business as usual – efforts to replace leaving partners with new ones. The industry reflects diminishing returns on airfares for OTAs, and now hotel bookings seem certain to become the next casualties of economics. The simple balance of profit versus loss is surely affecting all these players. Orbitz and many others finally seem to have caught up with the idea their margins are in packages and ancillary revenue.

Our own coverage of the big OTAs has begun to reflect a paradigm shift in the industry, at least the beginnings of one. All these news bits might lead some to believe Orbitz, even the mother ship Travelport, are on some sort of broad reach for market gain. On the other hand, observers might consider much of this posturing as desperation. Just recently Travelport had to back down on their revenue hunt from the highly criticized “Agility Plan” aimed at snatching fees back from agents. Cash flow seems to be the rub, and whether Orbitz, Travelport, and other OTAs are simple innefficient, the market won’t support their fees any more, or both, it seems clear pressure on travel companies is immense.

In other associated news, Kayak’s social media horror story is yet another example of how some companies can loose sight of logic. Kayak’s successes were in many was all but erased branding wise when they placed a commercial on the now controversial TV reality show “All-American Muslim” on TLC. An organization on the social web, Florida Family Association, took issue with the show and tweeted Kayak nearly to death over the OTAs “ad advocacy” of the show. Kayak withdrew the commercials, but anyone in the PR business has to be wondering “WTF?”

This or any show’s value is not at issue, but placing ads on potentially mercuric outlets seems suspect here. Of course the FFA takes issue with a great many issues and groups, it is true, but Kayak’s CEO stating “we are experts in travel, not TV programming” says it all. Maybe all these OTAs suck at business and try to be really good at? As for the Florida Family Association, this group seems a little bit too proud of the fact this show lost most of its advertisers, but that’s a subject for another of our outlets. The news here is about apparent oversights by some huge travel companies. More later on all this movement.