The small town of Kyzyl in Russia is appealing for many reasons. Its location in the exact geographic center of Asia places is it almost 4000 kilometers away from the Russian capital. Surrounded by the wide steppe of the Tuva republic, the taiga fauna and the dramatic landscapes of the Sayan Mountains in the north, as well as the camel-inhabited deserts in the south. The agricultural society, the 100,000 inhabitants that make it anything but crowded, the local crafts and throat singing would all make Kyzyl quite the off-the-beaten path treasure. But it’s this towns psychic energy that makes it famous. 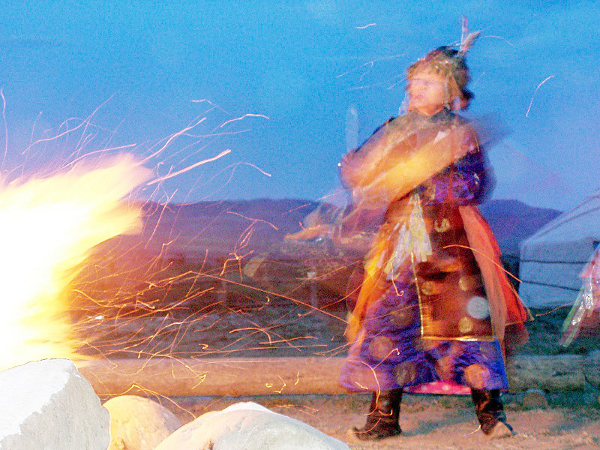 “If a person decides to move to Kyzyl to start a business,” Otkun Dostay, the head of the Tuvan branch of UNESCO,  told the Moscow Times, “he will gain mental and spiritual equilibrium. Finding himself in the middle of the taiga, a person becomes placated by the energy and the breath of nature. It is like recharging a battery. After living here for 2-3 months people who come from big cities gain a great supply of energy. They will not need those cities anymore.”

It might sound like crazy talk, but the metaphysical attraction of the region where shamanism and Buddhism rule inhabitants’ spiritual life attracts travelers from near and far. They might believe the practical experiences or the scientific interest in the area, Nobel-prize-winning physicist Richard Feynman is well known for his obsession with reaching Kyzyl. If that is not enough, Kyzyl is popular for the political VIPs roaming in the region. President Vladimir Putin visited the region several times and it might be that the supernatural powers of Kyzyl had lead him to his bare-chested horseback riding photo that took the Internet by storm. Defense Minister Sergei Shoigu is also a Tuvan native. While there are plenty of reasons to make the trip to Kyzyl, there is one huge obstacle making it easy for tourists to go elsewhere: getting to Kyzyl is quite the adventure in itself. There are no direct flights from Moscow, no connection with the Trans Siberian railroad and the nearest city is 400 kilometers away.

Yet the miraculously refreshing energy hidden in the heart of Asia might be just enough to help adventurous travelers overcome all difficulties and make their way to Kyzyl.