Two objects cannot occupy the same space at the same time.  It is a simple concept but one that IBM hopes to work around using its technology to squeeze more baggage into an already overflowing Schiphol Airport in Amsterdam. 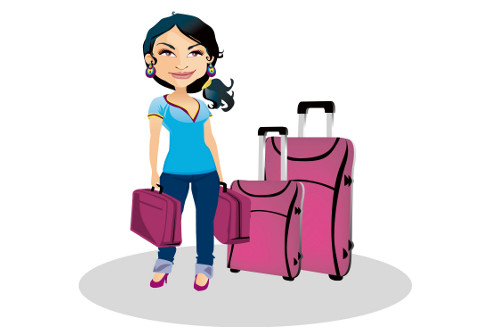 Schiphol is one of the top airports in the world (the 5th largest in Europe), handling approximately 140,000 pieces of luggage per day, sometimes reaching as high as 180,000, but that is apparently not enough.  It has 21 kilometers of transport conveyors and 6 robots to move all of the baggage.

IBM signed a 4-year contract with Schiphol to completely overhaul the current infrastructure and replace it with something more efficient. The airport is at its current largest capcity with no ability to physically expand to accommodate more luggage, but IBM claims to have software technology that help the airport find better ways to manage luggage (hopefully not by losing it).

The software is designed to make the baggage flow better and more systematically.  Instead of making the airport larger, IBM wants to make the system smarter.  It allows baggage handlers to track any physical bag at any point along its journey from beginning to end.

Schiphol currently handles 50 million bags per year and hopes to increase that to 70 million in the future with the implementation of IBM’s technology, a 40 percent increase.

Can Airbnb Continue to Expand as Before?
Hopper Taps Into Hostaway Client Base in Lastest Strategy Move
AI-Powered Pathfndr Announces a Slew of New Features
“Wheel the World” Hurdles Travel Barriers for Travelers Using Tech
Previous: South East Asia on Just One Visa?
Next: Corporate Travelers Canceling Trips to Japan