A woman cries while sitting on a road amid the destroyed city of Natori, Miyagi Prefecture in northern Japan March 13, 2011, after a massive earthquake and tsunami. REUTERS/Asahi Shimbun

It was just a matter of time for corporate travelers to begin following a global trend in canceling their trip to the country that’s been crippled by an earthquake, tsunami and nuclear crisis at once. Japan is no longer an attractive business proposition – and the crisis there affects travel economies everywhere.

Travel companies from around the world reported cancellations of 60% up to 95% – and complained about the financial impact these had on their businesses. In the meanwhile, many corporations with large businesses in Japan are prohibiting trips to the country for all non-essential employees. This, after many governments from around the world begun evacuating their dependents las week, including the US State Department. The logic is simple: if state officials are evacuating, they must know something other travelers don’t. 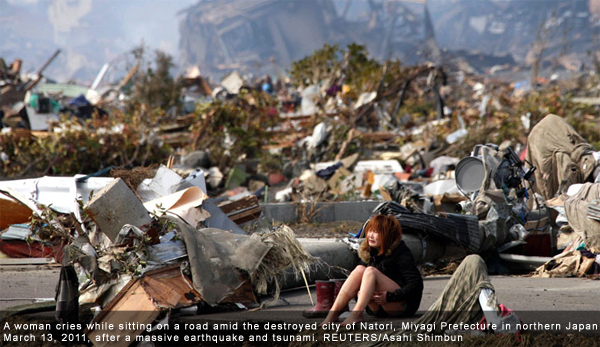 For many corporations, since the tragedy that hit Japan, business has been really slow – no reason to go. Airlines had to go with the flow, many suspending flights to Tokyo, and others diverting flights to southern Japan, a region less affected by the crisis.

All these airlines, however, report full flights from Japan – which shouldn’t come as a surprise, as many Japanese citizens are leaving the country. In the meanwhile, the International Air Transport Association, which represents airlines worldwide is worried that a shutdown in the Japanese aviation market could have a wider impact worldwide. For good reason: air traffic to and from Japan represents about 6.5% of global scheduled traffic. The big “losers” in this scenario would be China, Taiwan and South Korea, as they all earn over 20% of their international revenue from Japan travel.

Campspot Publishes the Top Outdoor Travel Trends for 2023
Ideas to Make the Most of Your Visit to Phuket
Trends Say Americans Guarded Over Travel 2022
27 Inspirational Travel Quotes to Fire Up Your 2022 Travel Bug
Previous: IBM Promises to Squeeze 40 Percent More Bags into Schiphol
Next: WhichBudget Introduces Online Airline Ratings Tool