Virtual visiting, now we are getting somewhere

Taking stock of what’s going on in online travel for Europe, the Amadeus buzz about Opodo is all in the news. But for deeper implications in the sector, one need look no farther than the well funded player EasyVoyage. Though CEO Jean-Pierre Nadir discounts any interest his company has in Opodo, acquisitions in general are key to his company’s plans.

For those not in tune with what is going no in European online travel, EasyVoyage is currently in third place behind TripAdvisor and Zoover where metasearch and media travel sites are concerned. Kevin May over at Tnooz spotlights the fast moving EasyVoyage movement well, and he reveals Nadir’s latest innovation too. 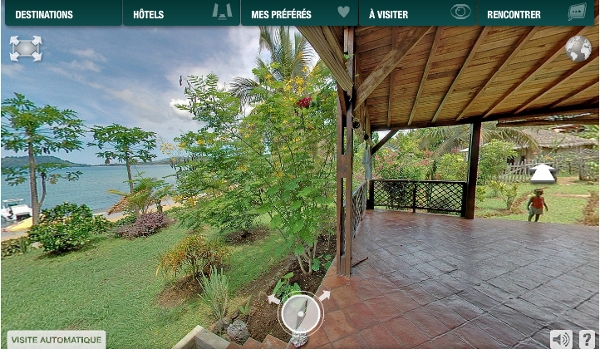 Virtual visiting, now we are getting somewhere

EasyVoyage’s EasyPanorama, while not a true next generation too, does exhibit one thing – Nadir’s company does understand the need to take things to the next level. The 360 degree panorama tour of the hotel below shows a bit of functional thinking. Clearly, Nadir & Co. will not be content with 3rd spot long. EasyOpinions is another of Nadir’s innovation which May sees as due for heavy promotion. But that rating widget, however deep (and it is much cooler than TA’s) won’t fare as well as TripAdvisor’s for one reason. No one cares about MrSun’s fake looking review. Unless Nadir hooks into a new credibility matrix, EasyOpinions is a waste of everyone’s time.

The beef of this story is not about technical innovation or use engagement though. Acquisitions, as in the past, may be the fastest way for players in travel to grab an advantage. With so many playing the game, one can look at these buyouts as a sort of “batch user base buying” in some case, and in others simply buying ideas and innovation. Nadir already bought Spanish travel site Todoviajar, as well as the very nice (if Web 1.0) French site Alibabuy. According to Kevin May, Nadir has made no bones about spending some of the 31 million € invested to scarf up other supportive players. 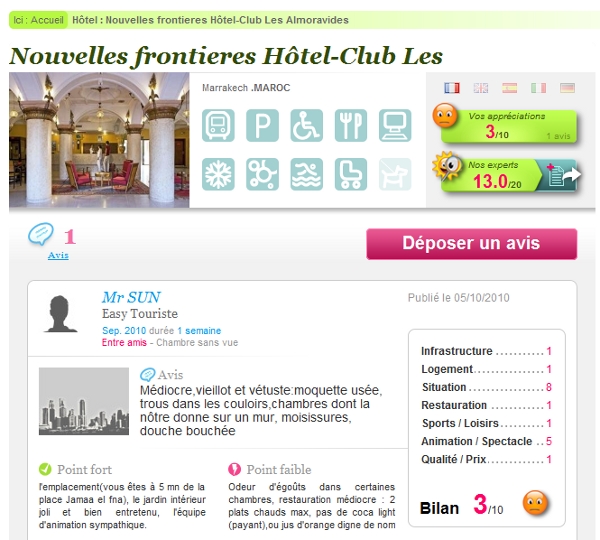 Ratings from people you don't know - who cares?

From our perspective Easy Voyage has a lot going for them. While their core site does have some clutter and aesthetic issues, and raw “coolness” and high tech connectedness seem absent, their news segment, and their collaborative vision seem spot on for making good on their bold claims soon. Just how the editorial team at Easy Voyage sneaked duplicate content from Whatsonwhen in as original news? That is anyone’s guess. Dupe content and Google penalties aside, Europe’s biggest online travel mover is Easy.

As a last note. It is only amazing to me to wonder how a startup can have some elements that are so striking and useful, while possessing others which show nothing in the way of 21st Century utility – least of all aesthetics. I will have to look deeper into the Easy way of doing things, but for now it looks like  Jean-Pierre Nadir has the momentum headed in the right direction. The commercial below reveals Easy Voyage’s somewhat boastful tone.