A Crete Cultural Gem: Lappa Was Polished by Time

Here on Crete there’s so much to discover. It seems like every weekend we turn up something new: a new group of people, a community, a small destination, or fantastic detour to recommend. Since moving here in August, our team has been overwhelmed by feedback from friends and associates, and from readers wanting to know more about this unbelievable island. So, we’re doing our best to keep pace. Today, I want to share some highlights from the wonderful village of Argyroupoli (Lappa) in the center of Rethymno Provence.

Argyroupoli, known in antiquity as Lappa, is an ancient center of culture just 27 kilometers southwest of the town of Rethymno. Separated into an upper and lower village, the more modern part (Venetian), and that from Mycenaean and Roman times being semi-distinct from one another. Owing to its history, Argyroupoli is obviously architecturally diverse, and this reflects a bit in the culture of the place too. Both upper and lower areas are well preserved and visitors will be immediately taken by the Venetian mansions and villas here, not to mention the the few Minoan and extensive Roman ruins of the area. Of legends and rumors, it is said that the Mycenaean hero Agamemnon founded the city. Henceforth, it’s fact that during the Roman post-Caesarian civil war, Lappa aligned itself with Octavian against Mark Antony, and when Octavian won the city gained special importance. 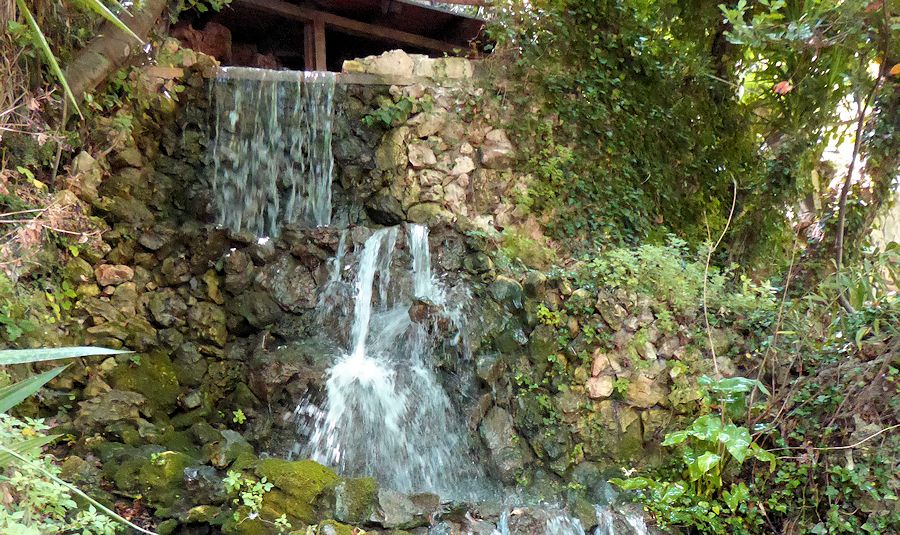 During the period of the Turkish occupation, the village was called Gaidouropoli or Samaropoli and in 1822 it was re-named Argyroupolis by a revolutionary committee. Famous for its curative springs and flowing  from the river Mouselas since ancient times, Argyroupoli is now well-known for its cultural festivals, traditional lifestyle, the lavish greenery close at hand, nearby Episkopi beach, and for its lovely taverns where visitors and locals can taste of exquisite dishes of the traditional Cretan cuisine . Also of interest is the Pente Parthenes church, which houses a Roman vaulted tomb. Dedicated to Pente Parthenes (Five Saint Virgins), who are said to have died in the area. Near the church there is a spring where holy water is said to flow forth, which is but one of several legendary curative spots in this area. At the various Argyroupoli sites nature is truly unbelievable, but nowhere more so than at Argyroupolis Waterfalls, where water that gushes from the chapel of Agia Dynami to form many small waterfalls.

The area offers many options for hiking and nature lover attraction such as the gorges of: Petres, Kato Poros, Vilandredo and Asi Gonia. Also by care newcomers will want to travel the beautiful routes from Argyroupolis to Asi Gonia, Kallikratis, Asfendou and Imbros gorge. 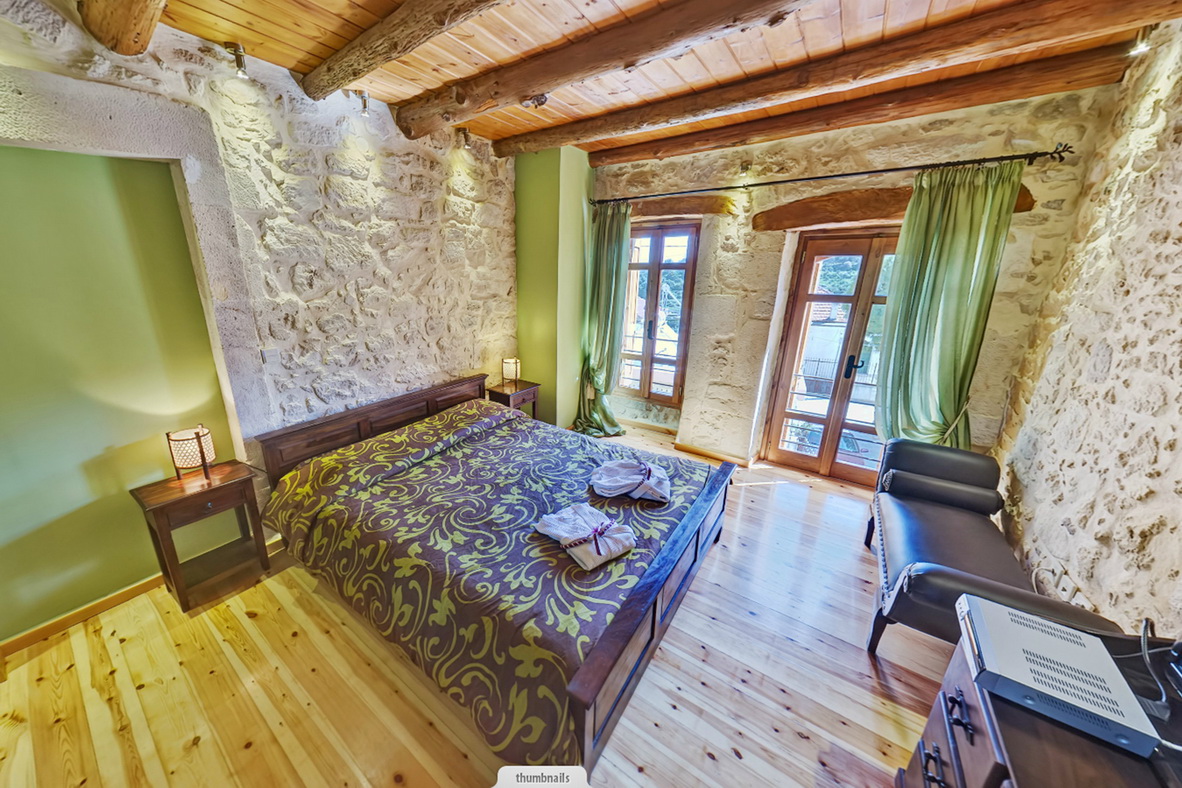 Arcus Luxury Suites is the best of all worlds, traditional Cretan and chic upscale

Suggestions for where to stay and to eat include; Arcus Luxury Suites (above image) on the luxury side of things, which are situated in Venetian stone mansions of the 14th and 15th century. In the mid-scale range there’s the Lappa Apartments, which are rated tops at booking sites like Booking.com. Budget minded visitors will want to check out apart-hotel Enatha, where a cozy week-long stay costs about as much as one luxury night in downtown Chania or Rethymno. There’s also Morfeas Rooms, Enastron Guest House, the inexpensive Argiroupolis Dimitris Rooms just outside the village. For the culinary gems travelers will not want to pass up the famous Agia Dynamis Traditional Taverna. But there’s a host of unbelievable traditional taverns in town including; Athivoles, Halkidio, and the Castle Tavern just to name a few.