According to news from Eurostat, Slovenia and Croatia are two of three countries which saw the biggest tourist overnights increase in the European Union (EU) in 2017.

Breaking the numbers down; Slovenia’s overnight stays totalled 11.9 million in 2017, of which 67% were spent by non-residents, while overnights in Croatia reached 86.1 million last year, with 93% of the total spent by non-residents of the country. As for the EU, Southeast Europe (SEE) saw big spikes overall with Bulgaria (3.1%) and Romania also having their fair share. The report from Eurostate also revealed Serbia and Macedonia seeing significant growth, for countries outside the EU bloc. 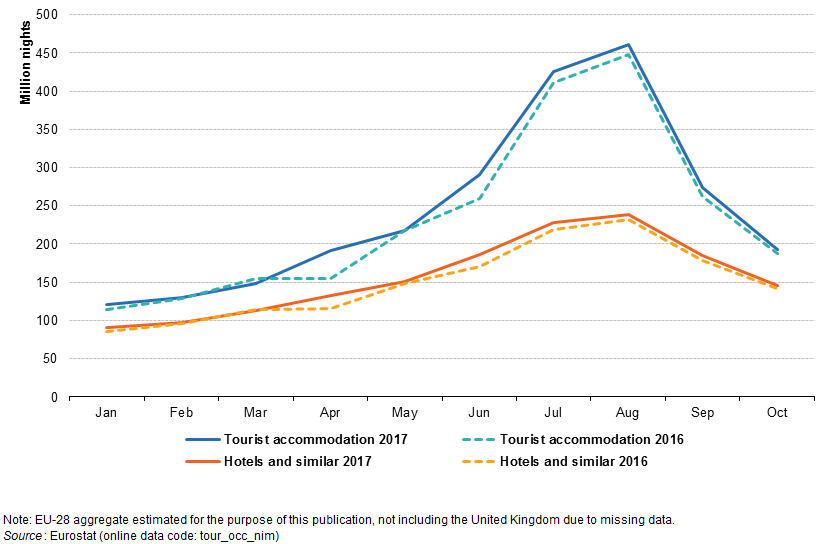 European Union overnights reached more than 3.2 billion in 2017, up by 5.1% compared with the previous year. Where total numbers of stays were concerned, Eurostat reported Spain leading with 471 million nights, followed by France with 431 million, Italy with 425 million and Germany with 400 million.