Wondrous Echoes In the Aegean: The Colossus of Rhodes

The Colossus of Rhodes film poster 1961

The Colossus of Rhodes film poster 1961

The island of Rhodes has enthralled me since I was a child. The first recollection I have of this magical place in the Aegean Sea comes from a visit to my hometown movie theater in 1962 to see the sword and sandal film The Colossus of Rhodes, starring Rory Calhoun and Lea Massari, and directed by the legendary Sergio Leone. Trust me, seeing epic classics at the theater palaces of that time made a lasting impact on all of us fortunate enough to experience these theaters. So, when I think of Rhodes, I always think of that islands unbelievable history and the age of wonders.

For those unfamiliar, the Colossus of Rhodes was one of the Seven Wonders of the Ancient World. A magnificent  bronze statue of the Greek sun god Helios, it was constructed to celebrate Rhodes’ victory over the ruler of Cyprus, Antigonus I Monophthalmus, whose son unsuccessfully besieged Rhodes in 305 BC. Destroyed by a horrific earthquake around 226 BC, the Colossus once towered over the entrance to the harbor of the city of Rhodes. Standing over 100 feet high, the statue had to have been both ominous and wondrous to seafarers approaching the island. The Colossus was, by far, the tallest statue of antiquity. Back then Rhodes was a city with philosophical and ritual schools, conservatories, markets, stadiums, and harbors. 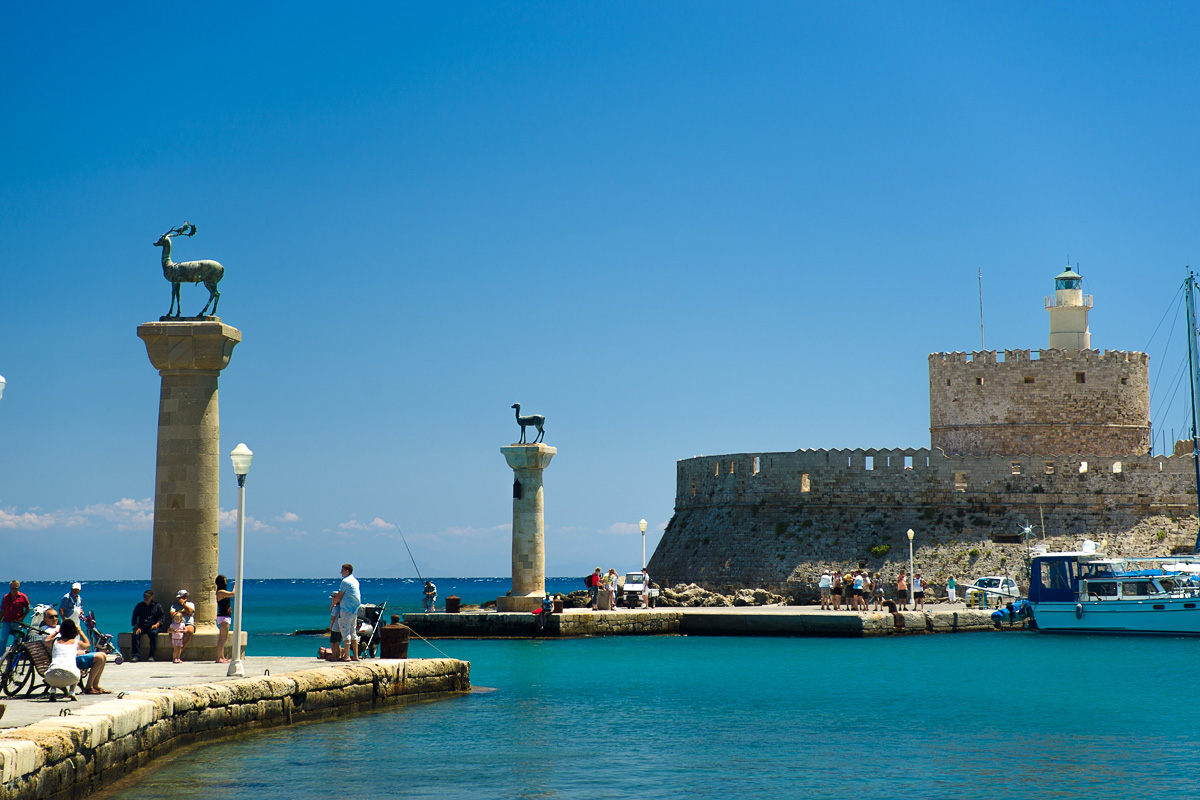 Mandraki Harbor and the Gates of Rhodes – Sergey Melkonov

I recall in the film, that the great Colossus of Rhodes stood with one foot on either side of the Rhodes’ (Rodos today) harbour, but some scholars believe the statue only stood off to the side.  Some have discounted this theory and believe that he stood in a more usual Greek statue pose, on one side of the harbour. If Colossus was built with its legs straddling the harbour, then the harbour would have had to been closed for 12 years for the initial construction, and then it would have been blocked for years when the statue fell. The architect of the Colossus was Charles of Lindos, who was a student of the famous sculptor Lysippus, famous for his statue of the god Zeus. It is said that when Arabs conquered Rhodes in the 7th century AD, they collected all the scraps from the destroyed statue to sell as scrap metal. Historians claim it took 900 camels to carry away all the leftover pieces. 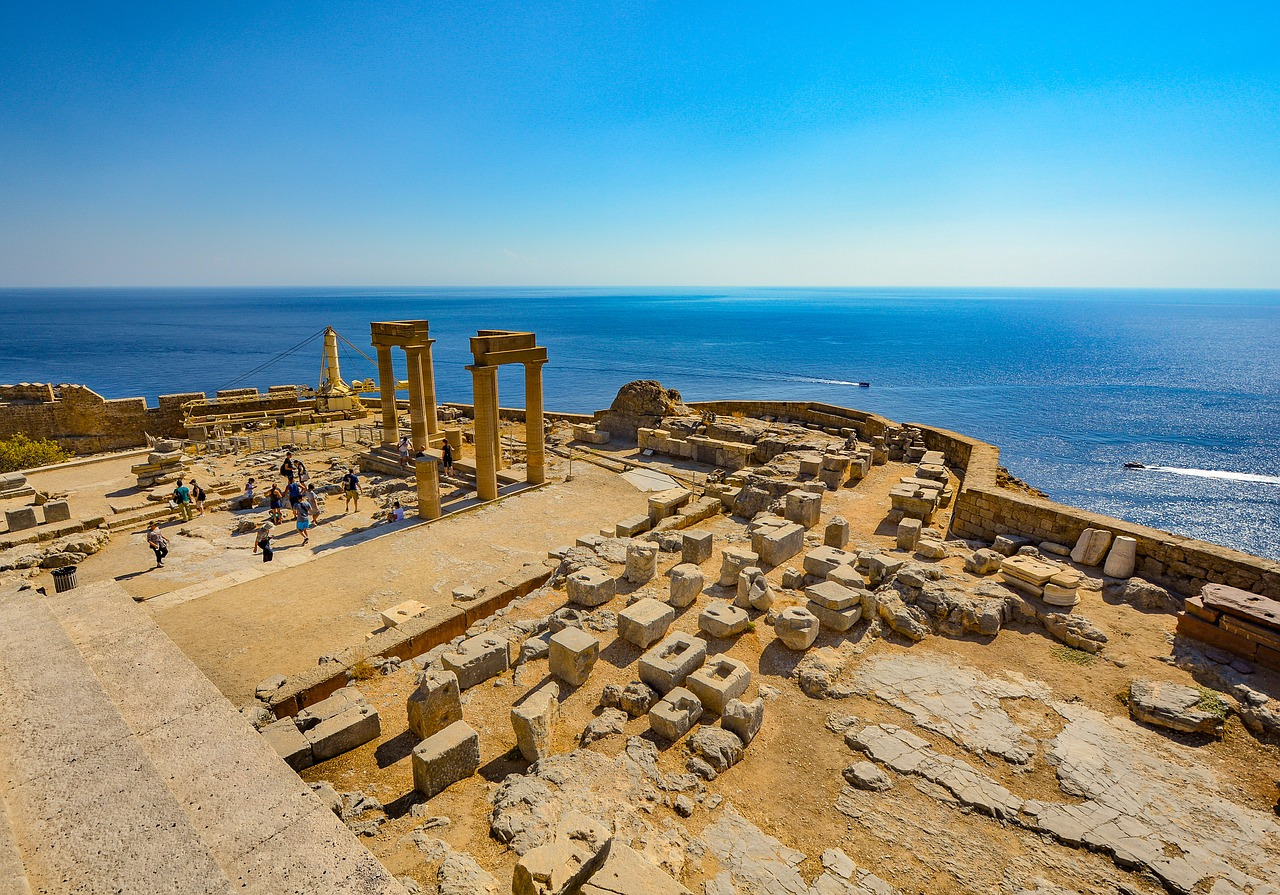 A Greek temple on Rhodes

Today, visitors can only sense the echoes of Rhodes unbelievable historic past. The largest and most fertile of the Greek Islands, Rhodes is visited these days because of the fabulous beaches and numerous archaeological sites. Possessed of a brilliant climate, the island is the largest of the Dodecanese chain, with one of the longest and most amazing histories of any place in the world. Inhabited since Neolithic times, visitors today can immerse themselves in either vacation bliss or the study of important Bronze Age settlements, the island is that big and amazing. And on starlit and quiet nights looking out over the harbor at Rodos some say you can catch a glimmering vision of that Colossus of Rhodes … From  Shakespeare:

Why man, he doth bestride the narrow world

Like a Colossus, and we petty men
Walk under his huge legs and peep about
To find ourselves dishonourable graves

Freshwater “Miracles” of Crete Island
Crete is Becoming a Top Winter Refuge and Remote Working Destination
The Keftiu: Were They Absorbed and Erased from History?
Live Like Great Odysseus: Book a Week at Santa Thekla Peninsula
Previous: A Crete Cultural Gem: Lappa Was Polished by Time
Next: Ryanair Announces First Flights To Jordan