Tough Year Ahead for Croatian Tourism 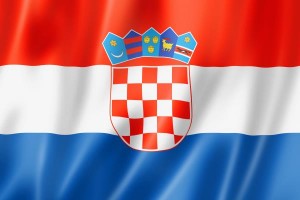 Croatia’s Tourism Minister has warned that the country’s tourism industry is facing a challenge year ahead, in spite of several initiatives launched by the government to boost the nation’s appeal among foreign visitors.

Veljko Ostojic told the Czech news agency Hina that he would be “delighted” if the country’s tourism sector could maintain statistics achieved this year, warning that the nation may find it tough to do so.

The warning comes as Croatia gets ready to adopt a number of new initiatives aimed at bolstering tourism, reports Hina.

Among the most favorable of these is the introduction if a lower, 10% VAT on most tourism services, designed to make Croatia a more financially attraction destination. In addition, Croatia will finally gain full admission to the European Union on July 1, 2013, something that could well open up numerous possibilities for investment in tourism.

Ostojic also revealed that the ministry is close to finalizing a new tourism strategy for the country that would take it through to 2020. This follows talks with representatives of the tourism industry, and will likely be adopted sometime next year, although Ostojic wouldn’t give any details of the plan just yet. As part of these talks, Ostojic said that the government had also agreed to step up the promotion of Croatian tourism, in tandem with the official Croatian Tourist Board.

However, Ostojic emphasize that in spite of these measures, he had grave concerns about the overall economy in Western Europe, where the majority of visitors to Croatia come from. Should negative trends continue in those countries, it’s likely that visitor numbers could be seriously impacted. In addition, he said that he also had concerns about changes to visa rules affecting citizens from Ukraine and Russia, from where a growing number of arrivals have come from in recent years.