Hoteliers in London enjoyed a profitable year, even though markets slowed down significantly in December, according to a new HotStats survey. 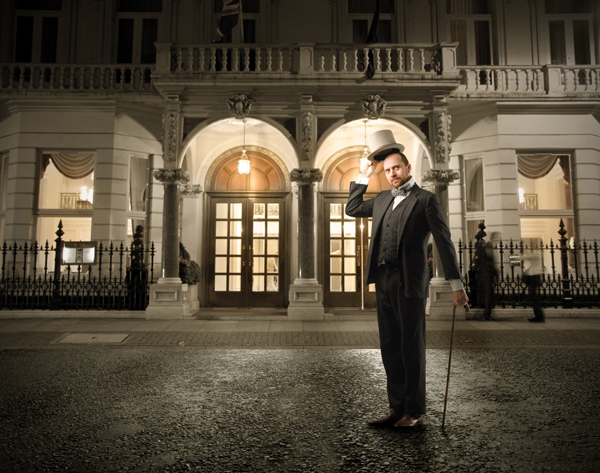 The latest statistics from TRI Hospitality Consulting showed that profit per available room in the UK capital increased by 4.7% in the last year, which was put down to a rise of 6.1% in total revenue per room. Last year, the average hotel room rates in London reached £131.03 a night, up from £122.45 in 2010.

For hoteliers outside of London however, things were quite the opposite. Provincial hotels suffered a fourth consecutive year of profits decline, dropping by 3.2% in 2011.

London’s hoteliers at least will have plenty of reason to celebrate. Although profitability failed to reach that of last year’s levels – when profits increased by 13.9% – expectations were still far ahead of expectations, given the poor economy. 2011’s second quarter was particularly profitable, thanks in part to the Royal wedding of Prince William and Princess Kate.

“Despite a challenging economic backdrop, London hotels have again outperformed expectations by showing profit growth in 2011. While the profit growth was more moderate than in 2010, it shows that hotels can buck the economic trends.”

London’s hotels may have grabbed even more profits had it not been for a difficult December month which saw profits-per-room decrease by 9.2%.

“Following a strong start to the year, London hotels limped to the finish line with a 4.6 per cent decline in profitability recorded in the fourth quarter of 2011. And whilst industry commentators will continue to speculate about the forecasted performance for London hotels during 2012, it is increasingly evident that the loss of demand due to postponed and cancelled business and regular visitors to the city choosing an alternative destination, will be offset by the considerable demand created by major events in the capital throughout the year, including the Queen’s Jubilee, the Farnborough Air Show, and of course the Olympics.”

But while the capital was celebrating, the mood among hoteliers in the UK’s provinces was a lot more subdued, according to Property Magazine International. Outside of London, profits for hoteliers declined for the fourth year in a row, falling by 3.2% in the latest HotStats report, which surveyed a total of 550 hotels across the country.

The fall in profits for provincial hotels was blamed on a number of challenges faced by the industry in the last 12 months, which began with severe snowfall blanketing much of the country early in the year. Together with the UK’s economic uncertainty, the Big Freeze of December 2010 and then February’s excessive snowfall meant that many provincial hoteliers failed to get going in 2011.

However, there were some exceptions outside of London, revealed Langston. Primary locations including Brighton, Edinburgh and Manchester all ended the year with a boost in profits, although these were the exception rather than the rule.

Campspot Publishes the Top Outdoor Travel Trends for 2023
Ideas to Make the Most of Your Visit to Phuket
Trends Say Americans Guarded Over Travel 2022
27 Inspirational Travel Quotes to Fire Up Your 2022 Travel Bug
Previous: Buy Your London Olympic Rooms Now
Next: Hotel Spotlight: Valentines With Clifton Hotels