The ruins of Carthage near Tunis - Courtesy © Sergey Yakovlev - Fotolia.com

The Tunisian National Tourist Office (TNTO) has just begun their first ever tourism ad campaign for the UK and Europe. Aimed at bringing more visitors from the United Kingdom and continental Europe, the catchy new ad campaign spotlights the depth or what Tunisia has to offer travelers. 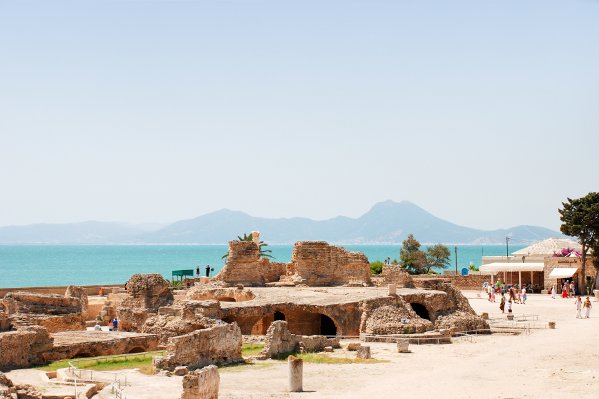 The ruins of Carthage near Tunis - Courtesy © Sergey Yakovlev - Fotolia.com

The ad broadcasts over the various channels will show off all that is really fascinating about Tunisia including the country’s; history, ancient archaeology, white-sandy beaches, not to mention the world class luxury stays here.

Tourism numbers so far this year show March alone saw an increase of better than one percent of visits from the UK, and first quarter numbers show a twenty percent gain for Q1 year on year compared to 2o12. Wahida Jaiet, TNTO director, UK & Ireland, had this to add on the news:

“We are very excited about the launch of this European-wide campaign and I feel confident about its potential impact on consumers. Initial feedback is promising and encouraging. Since tourism started in Tunisia in the early 1960s, the destination has managed to overcome all sorts of crises. Tourism figures for 2013 are looking strong and we hope that with the aid of our campaign and our partners’ commitment, we can look forward to welcoming more visitors from the UK and the rest of Europe.”

According to a story on Magharebia, this big campaigning push to brand tourism will be tagged “Live in Tunisia Freely”,  and will help not only Tunisia’s economy if successful, but job stability can only help the country’s overall internal stability too. Tunisian National Tourism Board (ONTT) Director Habib Ammar added this:

“The campaign will highlight the richness of the Tunisian tourist product, especially the cultural inventory, and will also draw attention to the importance of health tourism and treatment with sea water.”

Obviously, political instability early this year has had a detrimental effect on the country’s travel sector. Showing the balance as more positive, by means of great vacations, will certainly have a positive effect, just how positive remains to be seen.

Campspot Publishes the Top Outdoor Travel Trends for 2023
Ideas to Make the Most of Your Visit to Phuket
Trends Say Americans Guarded Over Travel 2022
27 Inspirational Travel Quotes to Fire Up Your 2022 Travel Bug
Previous: Beach Tomato Unleashes New Villas Site for Summer
Next: Euros Left in the Vapor Trail: Plight of the Single European Sky