Travelport to Integrate and Reorganize Channels

In news from Tnooz recently, Travelport GDS’ reorganization hotel distribution may add focus where advertising efforts were fragmented. In a digital travel world, lost opportunity costs can never be justified, thus Travelport and others are headed into a more synchronized future. At least this is one goal, the other will undoubtedly be making some money.

Niklas Andréen is in charge of reorganizing Travelport’s reach via their large network of affiliates and distribution channels. The Tnooz article outlines past regional organizational structures, and Andréen task to integrate and amplify what were somewhat disassociated elements of their network – basically Travelport collective advertising and information never really existed.

With one hand not knowing what the other was doing – let alone potential regional clients knowing, optimizing ad effectiveness was really a matter of luck. It is easy to see why if one ventures to Travelport’s official blog. The image below shows their engagement and information dissemination via this company portal – 5 months ago they posted. 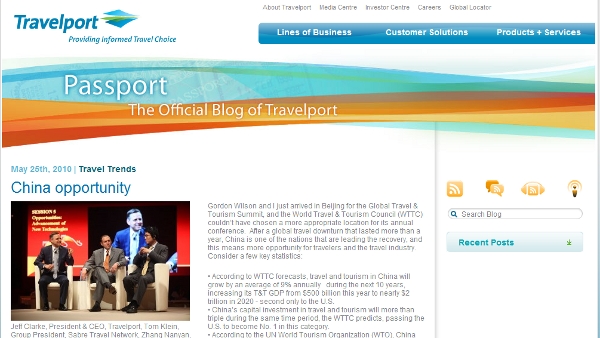 Andréen plans to change all the with a cohesive plan and campaigns centered around rich media. Facing facts though, any company not refining their global distribution system (GDS) data by now, is sadly behind the curve. But interestingly, many are just that archaic – companies like Amadeus offer a host of data and information aimed at just these insufficiencies. A white paper here (PDF) addresses ad and online variables succinctly.

Just why rich media and cutting edge social media activities have not been employed more is probably a cost consideration. But, as the online and travel agent sectors become increasingly competitive, obviously the most integrated services will have advantages. To be brutally precise here, how can anyone advertise next generation GDS without having fully integrated the system? Adding more than 3 media assets for the network will undoubtedly be a high priority addition for Andréen, Travelport has exactly one video here at thenewsmarket. Giving away iPads seems to be part of the new strategy though. 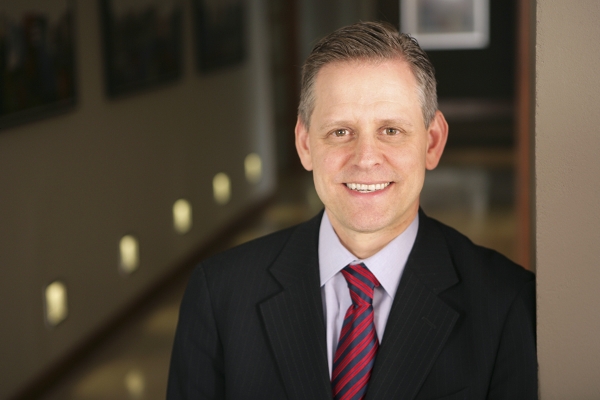 This news is tantamount to saying; “we blew it pretty badly, now we are fixing it.” As a further indicator, the marque services; Thor, Galileo, and Worldspan do not appear to be integrated with one another. We will try and reach Travelport to find out if separate dashboards and interfaces are required for using this data. Even Travelport’s appointment of seems to be something of a localized new bit – the last news segment on the new VP is from 2008. Letting the world of Travelport know what is going on with the company, let alone travelers, could go much farther in our view. Aside the Tnooz bit, we have to look to Asia to find this news.

Meanwhile, the real news on Travelport comes from Credit Suisse Group AG and UBS AG where $2.6 billion in loan maturation for Blackstone Group’s travel  reservation system have been postponed. Reason being evidently that Blackstone is in the gutter profits wise lately. Travelport now has until 2015 to sort out their difficulties. In other news, Travelport will be unveiling a new product at Business Travel Show (BTS) in Dubai. Given the news above however, it seems the company would be refining their existing suite of services first.

More later on integration and products meant for the 21st Century travel business. For now, we thought we would help Travelport out and present some rich media via YouTube (I wonder if they considered their own channel there?) – Obviously the company has some “very rich” and expensive media out there to show – it’s just finding it.