Okay, I have finally had enough. Looking into the travel tech footlocker of startups out there, potential is about all there is out there at the moment. And for Best Western and a company called Topguest, a bit of scornful ranting due from a Web 2.0 evangelist from the early days. The reason, someone out there in PR land still thinks everything needs to be “seamless” in its integration. 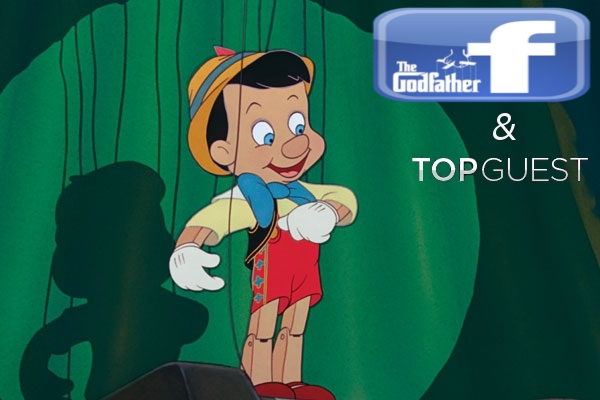 What a surprise, FB and seamless integration of travel products

Yes Topguest is yet another company with some potential to provide value. Their latest PR blast being a collaboration to help Best Western (link to BW cutting edge web landing – urh hur) guests get some hard earned frequent “sleeper” points, or whatever. The folks behind this “travel points aggregator extraordinary” (namely the same VC behind Facebook – here’s theirs) are sparing no marketing and outreach expense to push the new “value” proposition. Even our friends at TechCrunch, Travel & Leisure, even the Wall Street Journal have spit and spat about the inherent value. Blah blah. I’ll be impressed when Michael Arrington himself writes about it. But… 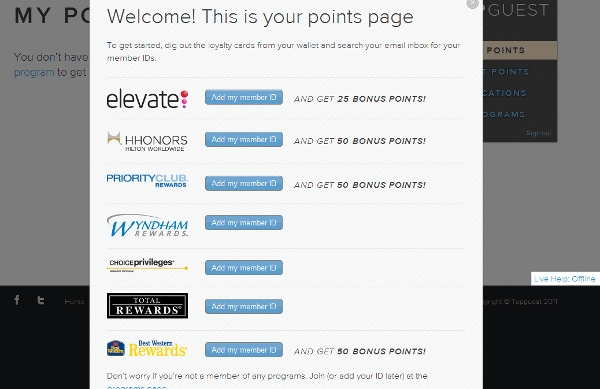 Once you sign up, start getting rewards for sharing! Nice, almost seamlessly integrated!

Topguest is a great idea. The technology (what little is necessary) seems pretty flawless. The actual value, for those on the receiving end, is there a bit. Taking social networking engagement the next step past  Brian Solis’ 21 Rules for Social Engagement, Topguest offers an incentive where none really existed. But, then their PR showed some ignorance, and the company did not read their own dogma. I don’t know about you, but I am not sure I even want to experience: “incremental engagement and transaction opportunities.” And I will never, I say never, enjoy the benefits of any company so behind the eight ball as to offer this:

Why? Because I help coin those kinds of phrases. Phrases which now bear little or no resemblance to reality. These are hype terms that at one time many of the evangelists of Web 2.0 actually were delusional enough to think could and would come into being. For my old friend Brian Solis (who may have actually invented the term) – let’s just say Brian is a public relations man to the core. The point is, anyone using these terms now is about 90 percent pulling your leg, or just a beginner. Either that, or they think you are an idiot.

I can just pickture Om himself in Topguest's next commercial!

An addition of a new application, routine or device that works smoothly with the existing system. It implies that the new feature or program can be installed and used without problems. Contrast with “transparent,” which implies that there is no discernible change after installation.

Even this definition is a bit off if you think about it. Working smoothly is hardly on a level with “seamless” – if we hammer this down. Seamless is a more exact term. In this context it means perfectly (hey there is a better term for Topguest’s PR Juggernaut). Translating member activities into those sought after transaction opportunities (what the hell does that really mean?), may actually be a great thing – but. For anyone paying close attention to what your brand is saying – its a big turnoff. 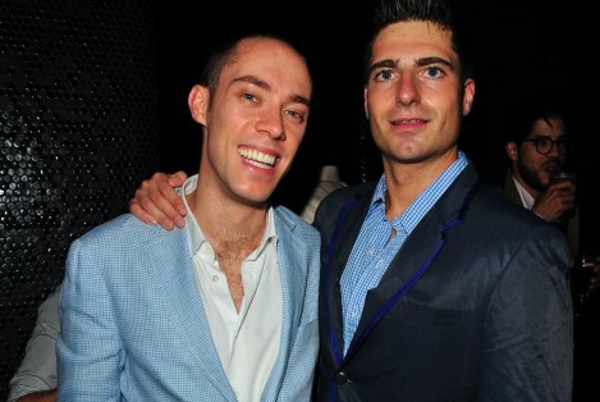 I am just one guy, maybe a weirdo where lingo is concerned even. But, I have taken it as my duty these last 10 years to try and inform people about great innovation, as well as helping companies negate their mediocrity.  A great innovation needs no such hype in order to be found out. The problem with most innovation these days is our own relaxed expectations.

Look at Facebook itself, despite its usefulness, it is at best a well promoted and simple wall flower. At least compared to what Arrington, Cashmore, Needleman, McManus, Om Malik, and all the rest preached upon initially. As for you the travel consumer? I suggest you try out Topquest, anything that gives you points cannot be all bad.

Guys, refrain from seamless integration and opt for new horizons in hype. Perfectly synchronous, I don’t care – just not terms that label you bullshit artists, or worse. Phil out.

The video below shows Topguest’s CEO Geoff Lewis talking about his innovation, in fairness to him and his team, I leave the platform’s description to him.

Can Airbnb Continue to Expand as Before?
Hopper Taps Into Hostaway Client Base in Lastest Strategy Move
AI-Powered Pathfndr Announces a Slew of New Features
“Wheel the World” Hurdles Travel Barriers for Travelers Using Tech
Previous: Medvedev Not Giving Up On Visa-Free Travel Issue
Next: Seoul Set To Unveil Floating Island