Social Media: Does Your Hotel Speak It?

Do you speak it MF?

In news from Paris, Concorde Hotels & Resorts has apparently become one of the first hotel chains to really take social media seriously. Beyond the lip service most businesses pay to the social channels, Concorde shows the way to true engagement, or so it appears. Let’s find out about something I call “integrated messaging” – the power of coordinated efforts in social media – or the lack thereof.

Holy Toledo! It Walks and Talks!

A few years ago, every “would be” tech savvy reporter at the New York Times got puffed up about social media, even if they could have cared less about some Internet “thingy” or other. Then some big time communicators (PR peeps) began professing their “digital awareness” – so called digital companies sprang up like the chickens clucking on the farm. But none of them really bought in – not really. Are they listening now?

You betcha! Fast forward to today. Everywhere from Craigslist and Monster, to LinkedIn and Facebook, even tech blogs like Mashable, the world of business is hunting the highly touted “social media” expert. Looking at all the positions available, it seems like the unemployment rate would drop 15 percent if all these searching companies hired their quota of Internet experts. But, there is an obvious problem.

So your asking; “What has all this got to do with Concorde Hotels?” The answer is; “Finally, a hotel chain seems to have seen the light – maybe?” Concorde hired Influence Digitale in Paris to “integrate” (or harmonize as they call it) all their network platforms. Finally, the social media baby of a major company walks, talks, squeaks, and even poops together – digitally.  Imagine that – a cohesive plan! Voila!

Nine thousand plus Facebook pals, 185 Twitter followers… What’s that? Stop the presses. Concorde has offered up a cutting edge social media engagement story before their following has past “desk clerk” follows for their chain? (I bet their PR firm will be squawking here in about 30 minutes) Concorde Lyon and its 25 followers, Concorde Berlin and their 31, Concorde Lafayette and 80! Wow! If it were not for the actions taken two weeks ago on Concorde’s “Integrated” YouTube Channel, I would be wondering if there were not some hype going on here? 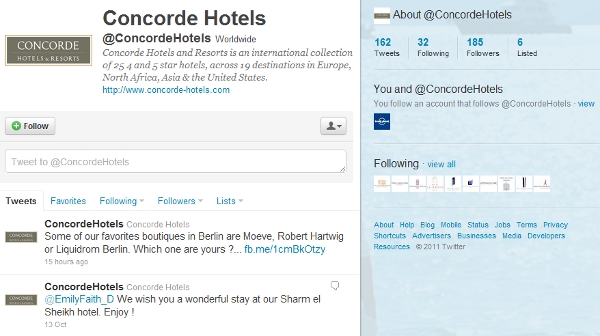 Not exactly the Twitter profile one would expect from a game changer, now is it?

Like a thousand businesses before, Concorde Hotels & Resorts appears to have fallen into the same trap of believing “saying it is so” will fly in a real time conversation. As for Influence Digitale, with a listed clientele of KIA, Michelin, even the Tourism Board of Croatia, a company with this much reach should know better. The company founded by Cyril Attias, who began his career in 1999 at OgilvyInteractive,  one with an impeccable track record, apparently props up an SM engagement (at worst) or is lagging behind (at best)? For shame. But then, maybe they had no input into the media outreach for the initiative? Slack cut, you’re welcome.

Maybe Influence and Concorde are only interested in French customers? It just occurred to me, how could I be so unfair? The Influence Twitter aspect “broadcasts” in French! Sometimes as much as every two or three days too! I apologize for going overboard here, but this sort of fluff is what gives PR, Marketing, and real influencers a bad name. As an added note, I cannot even get to ID’s Facebook pages? Not sure what’s up there. The problem here is two Rolex companies at best appearing like Timex’s. Digital brand wise, saying you created the wheel, before it has rolled ten feet, is not the best idea.

Concorde Hotels follows 32 people, as I type this. Nathan Greenhalgh at Hotels Magazine interviewed Françoise Houdebine, VP of sales and marketing for Concorde about this “digital initiative” – to Greenhalgh’s credit, he does ask all the right questions of Houdebine – even if he may not have investigated the real digital engagement here. Houdebine, fences with the tough questions in my view. Greenhalgh asks: “Are the individual property’s social media manager/e-commerce managers working only on social media or do they have other duties as well?” To which Houdebine replies;

Greenhalgh and Hotels Mag does their job, but the end result is a winding tier of at best “mis-informative” about what could have been a cutting edge company channel(s) being created. The best case here is that the companies involved simply jumped the gun on even talking about this, before the tree sprouted fruit, so to speak. Why are we reporting on this? Why so vehement? These are powerful companies who could easily do this right. Doing things half way hurts everyone. Hurt the consumer in any regard, the end result is bad for business. Do you need more?

Below are some key things that would make this “integrated” approach to SM more effective. I welcome the explanation and questions from anyone and everyone too. 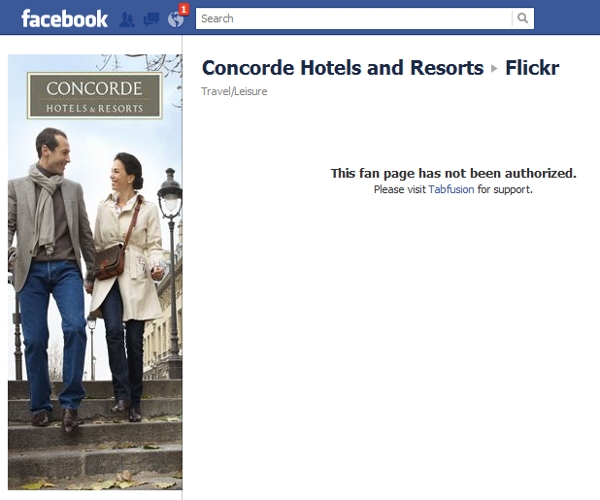 Everyone makes mistakes. Our own efforts at social media and networking, not to mention PR and Marketing, sometimes suffer from a bad case of “almost” – but here’s the thing, and I am being transparent as thin air here. Our resources are a drop in the bucket compared to so called “industry leaders” – with their budgets we could take over the part of the web Google does not own. Why is this important? The consumer loses and then we all lose. This hotel chain is one of the most respected in the world. Influence Digitale has created some fantastic campaigns – is highly effective – and I assume well funded. 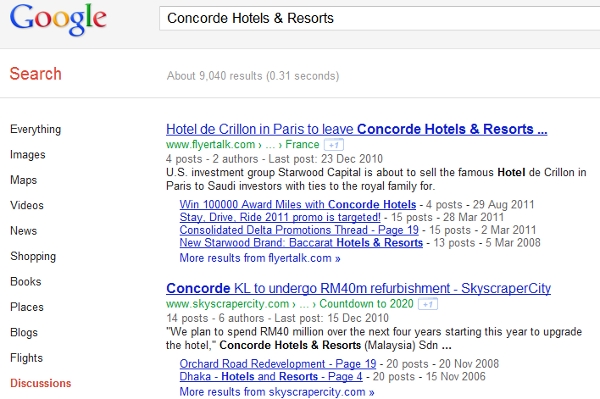 Concorde Hotels discussions on Google - Not exactly engaged in 2011

Let’s just say unrealized potential is the worst enemy mankind faces. Mediocrity where excellence can reside, is at the root cause of so many problems. Bottom line? Don’t bring a so called “digital innovation” to the attention of a real Web 2.0, digitally wired, tied in, and consistent supporter of the underdog. If you don’t even suggest a G + engagement in 2011, if the last discussion outside a TripAdvisor mention of your hotel was in 2010, then it may be advisable to hold off on the press until your agency has had time to build your digital empire.

A last note. The intelligent person takes criticism and makes necessary changes. In this case, people and businesses are not so different. The time of the fluff press release is about over. This is the digital conversation; “Do you speak it?” With a bit more thought, this editorial could have been super positive – no one has yet truly engaged. Phil out for now.

Greece Records 1,765 New Covid-19 Cases in Past 24 Hours
The New Normal: Digital-First in Travel
A New Gastronomy Festival Coming to Loutraki in 2022
Greece Tourism Recovers in August: September Is the Big Question
Previous: IAVRA: A Slick Way to Skin Villa Travel
Next: Oyster Bay Oyster Festival: More than a Tradition