Russia Gears Up Its Infrastructure Ahead Of Sporting Events

What with Russia getting ready to welcome thousands of foreign visitors from all corners of the globe when it plays host to some of the world’s biggest sporting events in the next few years, officials are undoubtedly keen to make a good impression on them.

Key to all of this is revitalizing its infrastructure, a project that appears to be going full steam ahead, according to the BBC. From Vladivostock in the east to Kaliningrad in the west, and from St. Petersburg in the north to Sochi in the south, Russia is undergoing a dramatic makeover on both hospitality and transport fronts.

Russia’s hotel landscape is being transformed ahead of the 2014 Winter Olympics, the Russian Grand Prix, also in 2014, and the FIFA World Cup in 2018, with an influx of leading global brands all keen to get a foot in the door.

Among these are Intercontinental Hotels, which is currently looking around at likely venues as it plans to expand its presence from 20 properties to more than 100 in the next few years, while Rezidor has announced plans to build new hotels in Samara and Rostov-on-Don, two of the world cup host cities in which it currently doesn’t have a presence. Starwood is getting in on the act even sooner, and plans to open its first hotel in Sochi by February 2014, just in time for the games. 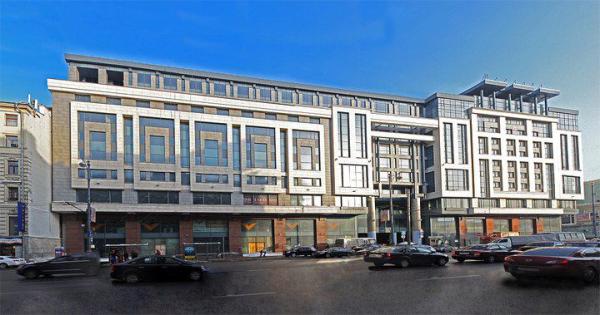 The InterContinental in Moscow

Meanwhile, Russia’s transport infrastructure is also getting a much needed shakedown, with a bunch of airlines clamoring to get a foothold in Moscow and elsewhere. Virgin Atlantic has just agreed a deal with the Russian carrier Transaero Airlines which will see its passengers able to fly directly to the Russian capital from London. Transaero has also agreed a similar deal with Aigle Azur of France, and will operate scheduled flights between Paris and Moscow. Aeroflot meanwhile, Russia’s largest carrier, is continually expanding and now operates a record 33 domestic flights.

However, the BBC points out that not all is well on the transportation front. Russia faces huge problems modernizing its roads and rail infrastructure, something that – given the costs involved – is unlikely to be improved much before the World Cup, let alone the earlier events.

The visa issue is another question mark. Although Russia recently announced a relaxation of its notoriously strict rules for FIFA officials during the World Cup, it’s yet to make any such announcement on fans.