Member of Carlson Rezidor Hotel Group, as well as one of the most successful global hotel companies, The Rezidor Hotel Group reveals its newfangled Radisson Blu Resort in one of Georgia’s most touristic areas –Tsinandali, Kakheti province. Comprising 100 rooms, the hotel waits for its first guests with the arrival of 2014. 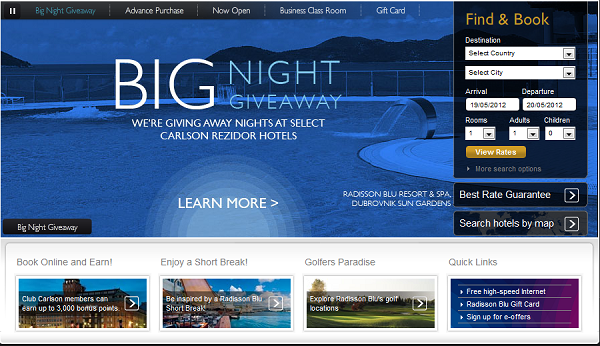 Famous for its previous flamboyant selection of guests including great names of literature such as Dumas and Pushkin, over time, Tsinandali has gained the status of a distinguished venue for cultural events, conferences and weddings.

“We are happy that Rezidor partners with us to build an exclusive spa resort in Tsinandali. We will offer visitors a luxury experience of Georgia’s stunning nature, generous hospitality and its rich heritage of winemaking,” said George Ramishvili, Chairman of the Silk Road Group that develops the Radisson Blu Resort, Tsinandali and the Tsinandali Estate.

Consistent with its location, the resort comprises two museums, one in the honor of Prince Alexander Chavchavdze, the aristocratic poet who built the vinery, and the other celebrating Georgia’s wide-ranging gastronomy and wines.

Designed by the New-Yorker architect, John Fotiadis in a contemporary style, the hotel features 100 rooms, high-quality gourmet restaurant with open-air terrace, cigar and pool bars, spa amenities including treatment rooms, a gym, a relaxation area as well as an infinity pool with spectacular views over the Caucasus Mountains.  In addition, for tasting and special occasions, Radisson Blue Resort will provide an authentic 4,000 sqm wine cellar.

The Tsinandali property will complement the other company’s hotels located in areas belonging to the former Soviet Union, such as Rezidor’s Radisson Blu Iveria Hotel in Tbilisi or the Radisson Blu Hotel in Batumi, on the eastern coast of the Black Sea.

“We are delighted to add a rare vintage to our growing collection of contemporary resorts,” said Kurt Ritter, President & CEO of Rezidor

With a leading position among hotels in Georgia, Russia/CIS and the Baltics, Rezidor established in this zone one of the company’s best development markets.

Greece Weather Forecast “Baking Hot” All This Week
Pobeda Airlines to Begin Flights to Kutaisi
Georgia Sees New Boost in Tourism
Five Reasons to Visit Borjomi This Summer
Previous: We Love Palanga This Summer!
Next: Where to Go This Summer: June Festivals in Croatia