The increase is entirely due to tourists travelling outside their country of residence, with +10.3 million nights, +8.5 % compared to June 2012. However, there was a significant decrease in the number of nights spent by residents (the number decreased by 4.4 million nights, -3.1 %). 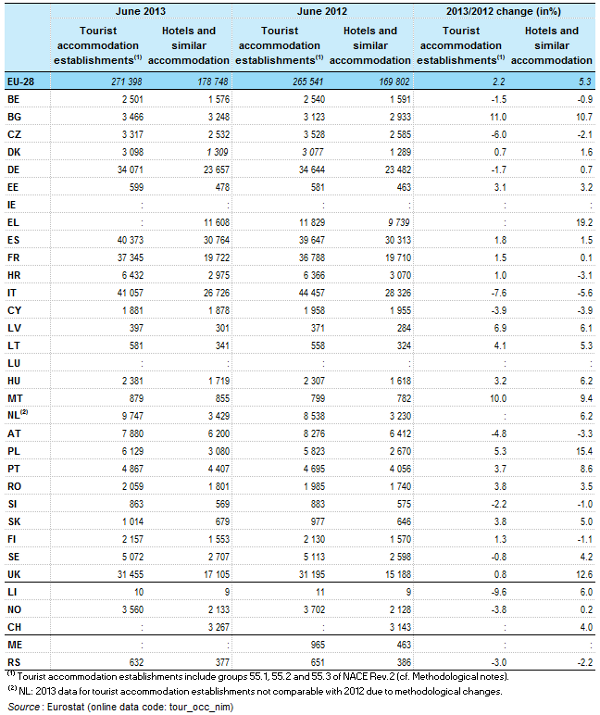