The Most Popular Markets of Europe

It’s a little hot outside to talk about Christmas markets, those little gems which make Europe look like a fairytale during Winter holidays, but the old continent abounds in various types of markets. From colorful bazaars and fascinating flea markets to beautifully arranged flower stalls and mouthwatering food markets, vendors of every description stand ready to offer tourists quite memorable experiences.

Of course, you can always buy food from the supermarket, flowers from the flower shop, clothes from a mall, skip the flea markets and so on, but then you could also stay at home and not travel at all. The markets of Europe open up a whole world of opportunity, check out some of the most popular ones. 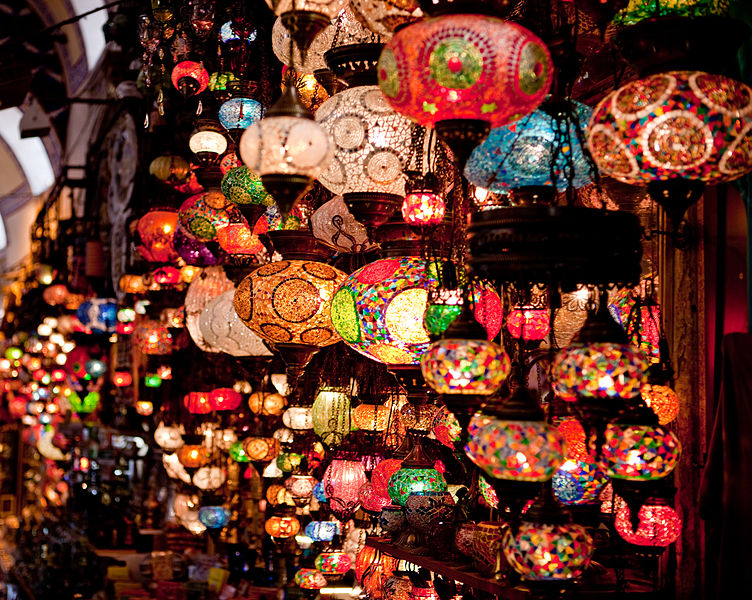 More than just a simple market, the Grand Bazaar has been fascinating tourists from all over the world for centureis, being a symbol of Istanbul and a major attraction in Turkey as well.

Imagine a virtual city of a market, encompassing an entire country within its walls and stalls, exposing its culture and customs, reflecting its colors in precious embroideries, selling episodes of its tumultuous history in small handicrafts. This is Grand Bazaar, one of the largest and oldest covered markets in the world.

The market’s charm is illustrated not only in merchandise, although there’s nothing that can’t be found there, but in bargaining as well.  The Grand Bazaar is a spectacle where each vendor plays a role, making people buy their products, wheeling and dealing, a game of cat and mouse of fascinating intricacy. The play unfolds pretty much like this: The client puts his eyes on an object, then the vendor, who is an expert at trade, sees his intention in buying. The vendor starts talking with the customer, trying to convince him to purchase. He usually invites the buyer to a cup of tea, overwhelming him with compliments and then he hits him with an exorbitant price. Then comes the interesting part. It’s the customer’s turn to start acting. If the customer is good at negotiating, then a fair deal can be reached. If not? He’d better leave because the vendor will always come out on top with an inexperienced client.

Visiting Istanbul’s Grand Bazaar is a delicious experience, a great opportunity for experts in haggling to find quality merchandise at reasonable prices, and a funny way of experiencing the Turkish hustle, in a bustling market atmosphere. 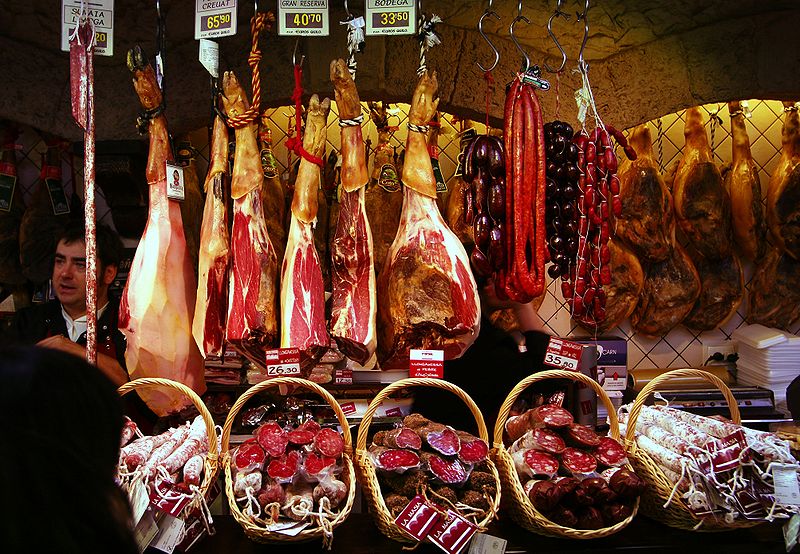 No trip to Barcelona could be complete without a visit to Sagrada Familia, a walk on La Rambla and a stop at the famous La Boqueria. Located in Ciutat Vella, somewhere in the middle of La Rambla, Mercat de Sant Josep de la Boqueria, or simply La Boqueria is a major landmark of Barcelona and one of the most beautiful food markets in Europe.

As they say, La Boqueria is a market for your senses, where producers from all over Catalonia bring together the most pleasant flavors, the freshest fruits and seafood, the tastiest meats and sausages, and a very diverse selection of goods, irresistibly arranged in the stalls.

Chosen as the best market in the world in 2005, La Boqueria displays the Catalan gastronomic culture, combining the commerce and the tourism with the city’s energy, adding to all these, a personal touch- the distinctive flavor of “Jamon Iberico”. 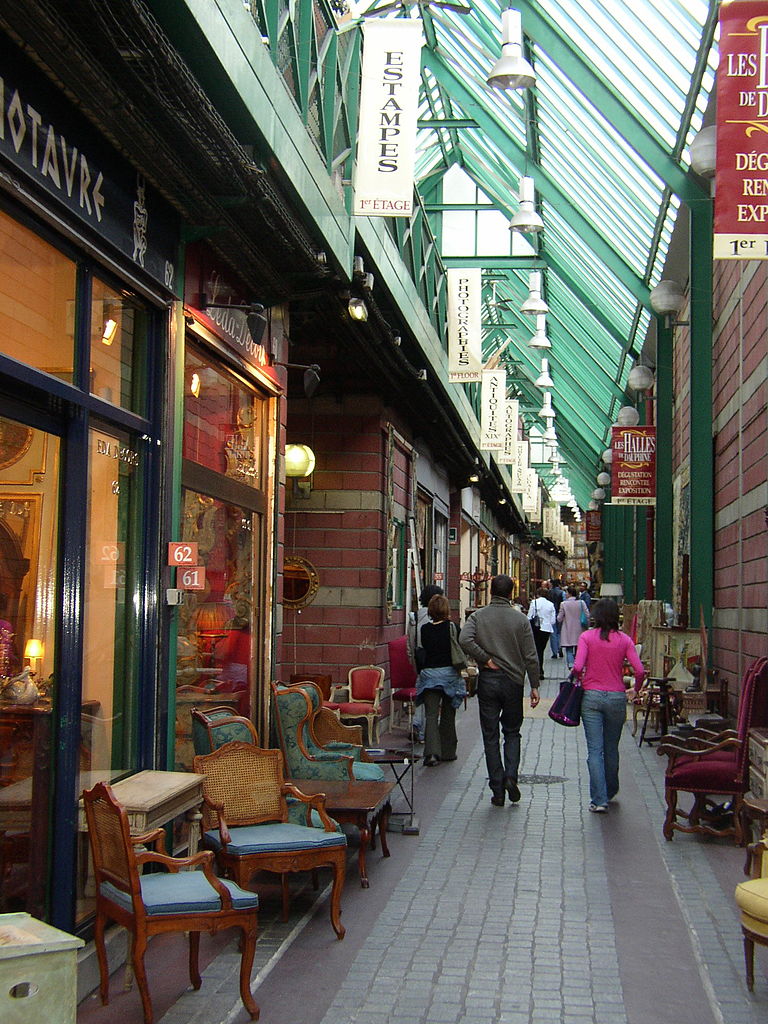 Les Puces is the largest flea market in the world, and probably the most famous. Covering 7 hectares, the market is  a Paris landmark not only for its size, but due to its old charming ambiance, the bargains and the treasures hidden between its rusty stalls.

Visiting Les Puces is like traveling through time back to Belle Époque, even further, depending on where those dusty fleas may lead the customer. Le Puces is a place of contrasts where second-hand clothes coexist with evocative antiques and luxurious chandeliers, and where buying old jewelry, vintage porcelain, a decoration, a cheap guitar or an authentic piece of art, is accentuated by buyers collecting stories and fragments of each stall owners’ life. Shoppers don’t simply procure items here, they gain portions of long since bygone times, a priceless look back at Parisian culture.

Located at Porte de Clignancourt, in the poor area of Paris, the market is opened for shoppers from Saturday to Monday. The best time to start the antiques’ hunting is in the morning, as it becomes very crowded in the afternoon. 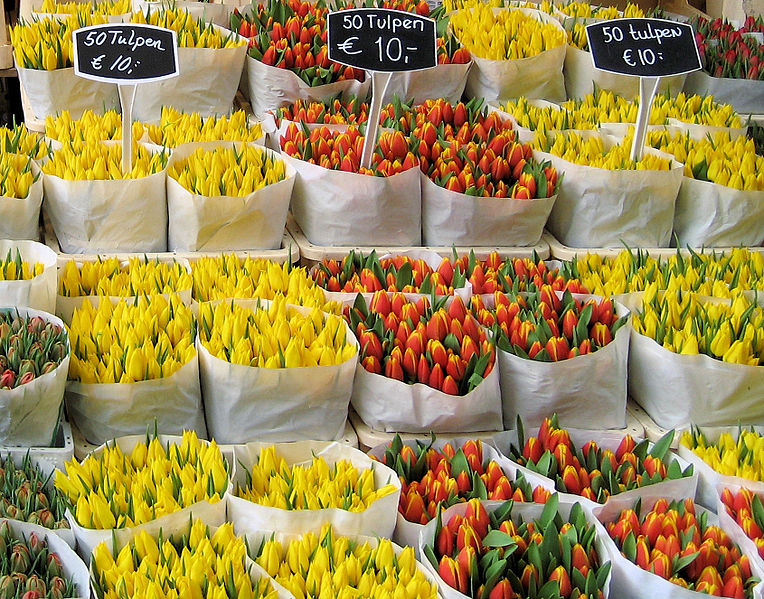 Amsterdam is famous for its long tradition culture of flowers, especially the flamboyant tulips. But few people know that the city of canals hosts the only floating flower market in the world.

Located on the Singel Canal, Bloemenmarkt features a vast collection of bulbs, seeds and all kinds of flowers from the most popular to the most exotic blossoms, gathered from around the world in order to create a never ending Spring corner just 10 minutes away from the Dam Square.

Amsterdam is, after all, known for other things besides Van Gogh, the canals, even Anne Frank,  the Floating Flower Market of Amsterdam is a city icon in itself featuring even samples of forbidden plants such as marijuana and cannabis, among others.  Bloemenmarkt is open all year round, every day but Sundays, from 9 a.m. to 6 p.m. 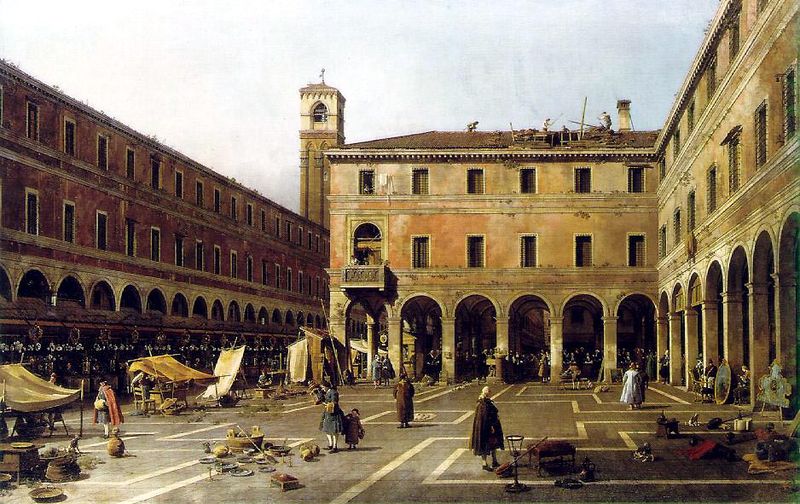 The Rialto Market has been the main commercial center in Venice since the 11th century, though its present setting was established in the 16th century after a devastating fire destroyed the original structures. Located in San Polo, alongside the Grand Canal, the market reveals a vital part of the Venetians’ daily lifestyle, the custom of going to the market every morning, and their passion for food as well.

The market consists of four main areas: Pescaria (Fish Market), Erberia (Fruit and vegetable Market), Naranzeria (Oranges Market) and Speziali (Spices Market).  A delight for the senses and an authentic way to break into the fabulous Venetian society, to eat like them, live like them and to enjoy the life like they do, Rialto Market is just one of those places that should not be missed.

The best way to savor the authentic atmosphere here  is to arrive at sunrise, when the old Italian housewives rush amid the stalls in order to catch the freshest goods brought here from the nearby Island Sant’Erasmo.  This beautiful market bustles with all shapes and sizes of fish, recently caught from the Adriatic, mouth-watering fruits divinely arranged on the stands, fresh vegetables and herbs whose flavor makes any visitor to hate super-markets.

The Rialto Market can be visited every day until noon, except Sunday and Monday.

As you can imagine, much of the magic of Europe lies in the variety, authenticity and nobility that so often surprise tourists. The amazing showcase of attractions, Markets of any and every kind, ingenious ways to get into the heart of a destination, and experiencing a local market, this is the real Europe.

Campspot Publishes the Top Outdoor Travel Trends for 2023
Ideas to Make the Most of Your Visit to Phuket
Trends Say Americans Guarded Over Travel 2022
27 Inspirational Travel Quotes to Fire Up Your 2022 Travel Bug
Previous: Russia Inbound Tourism A Disaster: Vladimir Kantorowich
Next: “Hope and Heroes”- the 40th Istanbul Music Festival