Coming soon, the Istanbul Music Festival celebrates its 40th anniversary from May 31st until June 29. The first festival of the Istanbul Foundation for Culture and Arts (IKSV), the event has seen some 3000 plus performances over the last 4 decades, and this year’s festivities promise a memorable event for those in attendance. This year’s theme is “Hope and Heroes.”

The 40th Istanbul Music Festival will see some 750 plus local and foreign artists perform before audiences in a full month of world class music. A few of the stars slated to appear include; Hélène Grimaud, Anne-Sophie Mutter, Milos, Gidon Kremer, Chamber Orchestra Vienna-Berlin and the Warsaw Philharmonic Orchestra, just to name a few. The event kicks off with an opening concert headlined by the Borusan Istanbul Philharmonic Orchestra. 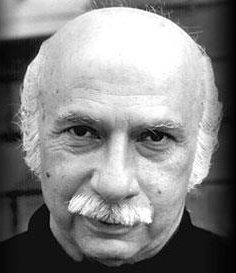 Of special interest for many, a violin soloist competition was held for this year’s festival for 21 local artists. The winner, Emre Engin, will play the 3rd Violin Concerto by Saint-Saens with the Istanbul University State Conservatory Symphony Orchestra, on 15 June 2012 at the Süreyya Opera House. This aspect is significant as illustrative of what the festival stands for Internationally and locally. As a trans-formative element of Istanbul society, the IKSV’s programs engage everyone from children to the aged, tourists and Istanbul citizens.

This 40th anniversary event, will also recognize neighboring Georgia’s own world famous composer, Giya Kancheli (left), with a lifetime achievement award. Best known for having written seven symphonies and a “liturgy” for viola and orchestra, Kancheli is one of the world’s truly gifted musical geniuses.

Festival attendees can also expect performances by Fazıl Say (piano), the Deutsches Symphonie Orchester Berlin, Ece Bozkurt (piano), and the world premier of “In Memory of Benyamin Sönmez” by none other than Kancheli himself, among the many many other performers.

Istanbul invites lovers of music to come and experience one of the region’s best music festivals. Tickets are on sale now.

For more information on the festival please visit the official site via the links above, or alternatively call +90 212 334 07 11-14. The festival organizers also have a Facebook and Twitter profile.

Turkey Wildfires Are the Worst Ever – Experts Say It’s Only the Beginning
Turkey Opens 2,900-year-old Altintepe Fortress to Tourists
Panagia Sumela Monastery Frescoes Vandalized in Turkey
The Troy of Legend Now Thought to Be Much Older
Previous: The Most Popular Markets of Europe
Next: Croatia Boat Show 2012: Biggest Ever