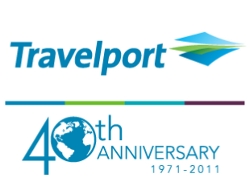 In news from Chicago, the state court of appeals there upheld an earlier decision forcing American Airlines (AMR) to allow Orbitz to sell tickets for its flights. Orbritz, the US’s second largest online ticket seller, has for months been embroiled in dispute with AMR.

Orbitz, which is primarily owned by Travelport, has been on something of a downward slide since their negotiations with carrier American Airlines broke down last year. American pulled their flights, Orbitz filed suit, neither company has actually fared so well since the OTA shootout began actually. At the close of business yesterday, Orbitz stock had dropped still more to $2.07 -$0.15 (-6.76%), and AMR dropped significantly as well to $3.29 -$0.04 (-1.20%).

Meanwhile, business at Orbitz moves forward. Almost every day the company releases one new partnership or innovation aimed at customers. Yesterday, the company announced adding ExpenseAnywhere, a leading easy-to-use expense automation solution for Orbitz for Business. Orbitz has been under a lot of financial pressure form many sides actually. Day before yesterday Reuters reported S & P giving the company a rating with negative implications due to Travelport’s financial issues. Blackstone Group LP has offered the highest interest rates anywhere for Travelport lenders, some 13.5 percent, if they will accept a plan to extend. Much hinges on this decision, obviously.

If lenders agree to swap debt from Travelport, for longer term obligations (which seems highly likely), then the good news from the AMR case may prove a huge shot in the arm for Orbitz going forward. The company desperately needs a stock bump to get things moving again. At least this is my view. Travelport turned 40 this year, given the value this company offers, it makes little sense to not take a chance on value.