Opodo Deal Worth Over Half a Billion

Just about every news outlet in Europe is all a buzz about private equity firm Axa, and Permira headed for a deal to buy Amadeus’ Opodo. The OTA started in Germany in 2001, if the deal goes through as suggested, will be worth between $500 and $700 million. An unnamed source at Amadeus IT Holding SA told Reuters the sketch details of the negotiations.

GoVoyages is one of the coolest OTA's in business

Evidently Axa and Permira plan to integrate Opodo with their other online firms Go Voyages (above) and eDreams under their joint banner. All three companies refrained from further comment on the deal. Spain’s Amadeus grew Opodo to cover a fairly big chunk of the OTA space in Germany, France, the UK, and the Nordic countries. Now it appears the company will sell it for about 11 times its annual earning margin. Carlyle Group was another bidder in the auction handled by JP Morgan Chase according to the news.

Opodo is actually the smallest of Amadeus’ three business entities. Experts agree the OTA is not really essential to the Spanish company’s operations too – only accounting for about 4 percent of all revenues. Still, the sale could be considered a point of weakness and insolvency to a degree, given Opodo is profitable and a core business operation.

It will be interesting to see how well Axa, and Permira integrate their separate tools into one core value, if this is in fact their intention. Opodo looks more like a contender for a great mobile integration than a conventional OTA booking engine site. This all remains to be seen though. I will say GoVoyages is one of my favorite OTA’s, while Dreams looks more like a nightmare, only having value due to the peeps clinging to its bookings in my book.  The combination does make for a powerful potential, but half a billion of anything is more than enough to build better perhaps. 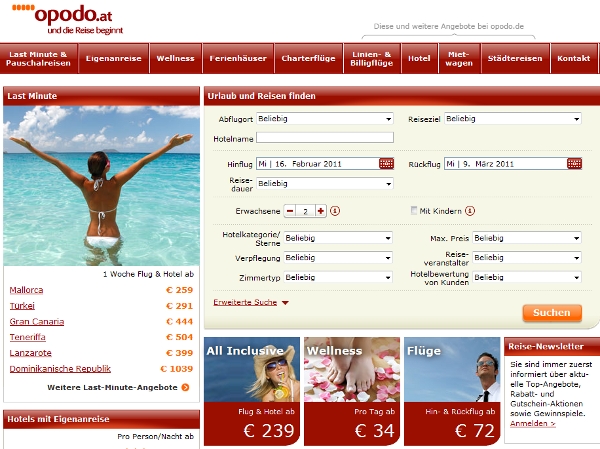