Yerevan Is the 2012 World Book Capital

Subterranean bookshops, in an underpass beneath one of the road junctions in central Yerevan, - image courtesy Shaun Dunphy. The city of Yerevan (Armenia) was named as the World Book Capital 2012 at the conclusion of the meeting of the selection committee, which was held at UNESCO Headquarters on 2 July, 2010.

Subterranean bookshops, in an underpass beneath one of the road junctions in central Yerevan, - image courtesy Shaun Dunphy.

One of the world’s oldest continuously-inhabited cities, Yerevan is also considered a cradle of tradition and culture. In recognition of its programs to promote books and reading, UNESCO has chosen it as the 2012 World Book Capital, following this year’s candidate, Buenos Aires.

Yerevan’s programs are “very detailed, realistic and rooted in the social fabric of the city, focused on the universal and involving all the stakeholders involved in the book industry,” according to the official UNESCO announcement. Yerevan presented a varied program, with many different themes, and many activities for children. 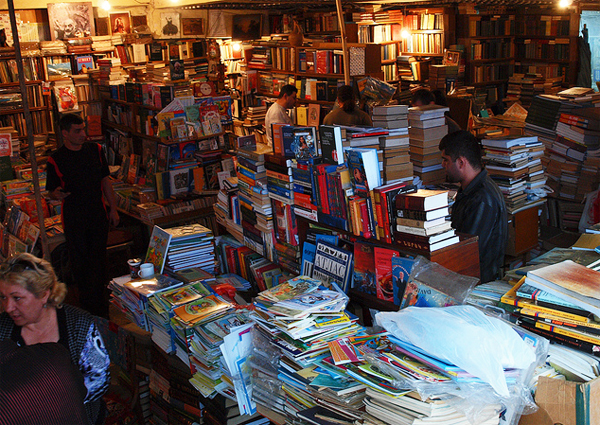 Subterranean bookshops, in an underpass beneath one of the road junctions in central Yerevan, - image courtesy Shaun Dunphy.

The city will organize a number of complex cultural events to meet the 2012 challenge, including live entertainment that will enrich the cultural program for the year. These events are more reasons for travelers to visit Yerevan, aside its main attractions, which include Erebuni Fortress, a nearly 3,000 year old fortress that established Yerevan; the Sculpture Park, part of Cafesjian Museum – the Armenian version of Guggenheim; and the Cascades – an Art Deco version of the Hanging Gardens of Babylon stretching nearly the height of the Empire State Building.