Crimea Gem Koktebel to Get Facelift

If a seaside Summer vacation is on your mind these days, maybe a report from the Black Sea News about the village of Koktebel, Ukraine will be of interest? Authorities there are planning a revamp of the village’s port and seaside amenities. 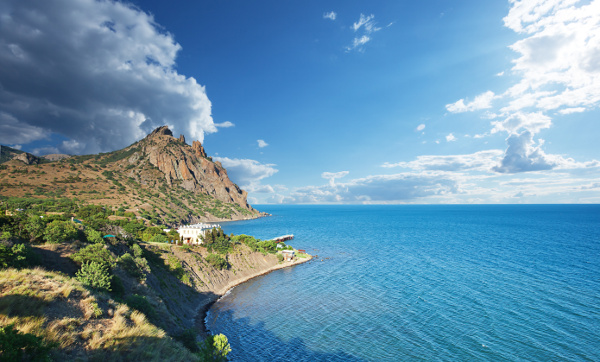 Kortebel’s Deputy Head Sergey Glebov, told reporters and plans and fundraising information in regard to the development scheme there. Situated in South Eastern Crimea, the town known as Planerskoye not so long ago, is about as picturesque and fascinating a place as one can imagine.

One fascinating attraction of Kortebel is the city’s International Music Festival, now in it’s 10th season. The super popular jazz fest is way to unknown to travelers from East and West. The video below showing Mama’s Gun shows a bit of the spirit of that fest. The panoramic above from 360 Cities sort of puts you there as a reader.

Famous also as being the place where Russian heavier than air experiments were carried out to attain flight, the windy hilltops of this fascinating place are depicted in the video at article’s end from the city’s website. As is readily apparent, this part of the Crimea offers a lot of relatively undiscovered charm.

This village in the Great Theodosius, or in Crimean Tatar “Kok-tepe-el” – “the land of blue tops” – is a must see for the traveler in search of wondrous new places, in search of a surprising Eastern Europe. Paragliding from the hilltops, or just mingling with the Ukrainian and Russian tourists who flock here, new visitors will be fairly amazed at this place. The news that new facilities are being built is even more stimulus for visitation.

We leave you with some paragliding magic. Here some other suggested reading about the region of Feodosiya.